Nail bombs and gun built: Essen student is in custody

An arrest warrant has now been issued in Essen against the 16-year-old high school student, who is said to have procured and manufactured objects for building bombs. 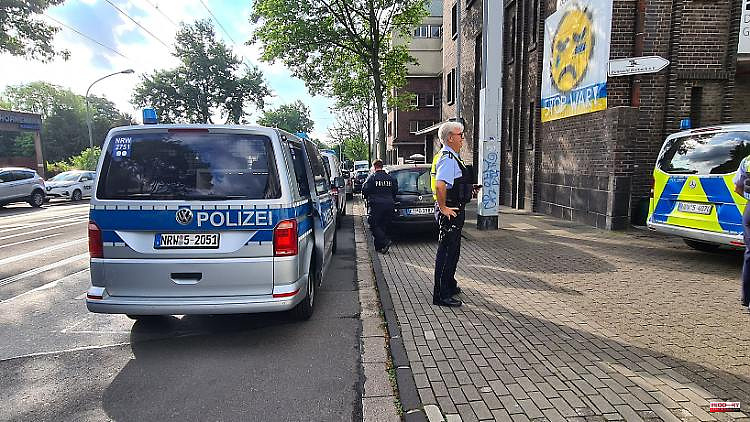 An arrest warrant has now been issued in Essen against the 16-year-old high school student, who is said to have procured and manufactured objects for building bombs. Findings in his apartment give a glimpse behind the facade of the "inconspicuous" student.

After the allegedly foiled bomb attack on a school in Essen, an arrest warrant was issued against the suspected 16-year-old student. This was announced by the public prosecutor's office in Düsseldorf. He had prepared an attack on the people in the high school he attended for this Friday. A judge sent the German teenager into custody. The arrest warrant had been requested, among other things, for the preparation of a serious act of violence that endangered the state. According to the announcement, the Attorney General assumes a right-wing extremist motive.

"The fact that the court issued the arrest warrant shows how serious the alleged perpetrator was," said North Rhine-Westphalian Justice Minister Peter Biesenbach. It was all the more important that the investigative authorities recognized and averted the danger so early, according to the CDU politician.

The high school student is said to have procured objects for building bombs and made them. In addition, he is said to have procured weapons, the Attorney General's Office reported. According to a witness, the police stormed the 16-year-old's family's apartment on Thursday morning and arrested him. Extensive evidence was secured. The police had come across right-wing extremist writings and materials on bomb construction. Explosives and 16 tubular bodies, some prepared with clocks and nails, were secured, as well as a home-made rifle and crossbows with arrows.

The arrest warrant had also been applied for against the high school student for violating the Weapons and Explosives Act and for preparing an explosives explosion. According to a report in the "Westdeutsche Allgemeine Zeitung", the suspect had announced his "farewell forever" and a "gift for everyone". The director of the religious institution to which the youth's school belongs, Father Otto Nosbisch, reported that the youth had indicated his plans to several classmates. Since he had often spoken of weapons in the past, the classmates took it seriously and went to a teacher, who informed the school management.

The youth had been a very good student and had behaved inconspicuously from the outside, reported Father Nosbisch. When the apartment was searched, however, indications were found that the 16-year-old had mental problems, as NRW Interior Minister Herbert Reul reported the day before. According to the CDU politician, records were found that could be read as "an urgent call for help from a desperate young man".

The student's current and former schools had been searched with explosives detection dogs. No suspicious items were found. The measures have now been completed. The young person's school, the Don Bosco Gymnasium in Essen-Borbeck, remained closed on Friday. "The staff will come together at school to prepare for what happened and for the following days. This also includes the important oral Abitur exams next Monday," explained the school management on the school website. "We are grateful that we were spared worse." 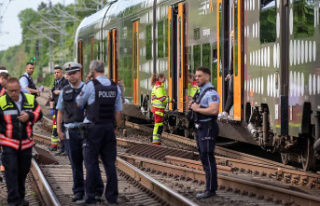