Due to further corona easing, a particularly large number of Germans are applying for new passports this year. 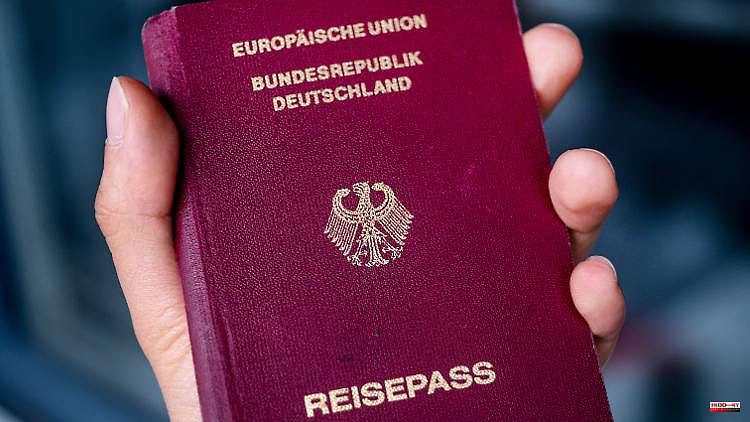 Due to further corona easing, a particularly large number of Germans are applying for new passports this year. Due to the high demand, the production time is extended by about a week. In order to prevent long waiting times, authorities are pushing for the implementation of a long-standing requirement.

Another reason he gave was that no ID card will be accepted for trips to Great Britain since 2021. "In addition, due to reunification in 1990, an increase in passport applications can be expected every ten years," added the spokesman. This "wave of applications", which was already suspected in 2020 and 2021, has apparently been postponed to 2022 due to the corona.

According to figures from the ministry, the higher demand is also leading to longer waiting times: the average production time for passports has increased from 10.1 working days in January 2022 to 18 working days in April 2022. In addition to production, this also includes shipping and postage times. Before the corona pandemic, it was said to be between 9.4 and 10 working days for regular passport orders.

In addition, the processes in the local authorities took time. The ministry spokesman assumes that after the summer holidays at the latest, the number of applications for passports will decrease and the average production time could therefore decrease slightly. Demand has also increased sharply for the express ordering process for passports. More than 99 percent of passports ordered by express order are ready to be picked up within three working days.

The Association of Cities in North Rhine-Westphalia demands that the Bundesdruckerei send identity documents directly to citizens. "This saves the collection at the office and thus relieves the administration and the citizens alike," said Managing Director Helmut Dedy. Then significantly more applications could be processed. This long-standing demand by the cities must finally be implemented.

The municipal association appeals to citizens to submit applications as early as possible. After the corona restrictions expired, the demand for appointments was particularly high in many cities. "Corona has ensured that many people did not want or could not reapply for their identity papers in time," Dedy said.

In some cities, the number of people over 16 without a valid ID document has tripled, according to the NRW City Council. This mountain of applications that have been and are still to be made up must now be processed, in addition to the seasonally increased demand for travel documents. In the previous year, additional registration offices were set up for a limited period of time, opening hours were extended, appointment allocation and processes were optimized. Much of this will be there again now, declared the NRW City Day.

1 Inspiration for "Jurassic Park": Dino skeleton... 2 Friday the 13th: Why "bad luck" sticks to... 3 Student stoned: Lynch mob kills Nigerian Christian... 4 From the Schmoll corner: Guttenberg must become a... 5 About America, everyday life, Alzheimer's: Thomas... 6 Ladiges cooks: something different with asparagus 7 New phenomenon of fear: what is behind nomophobia 8 Small cakes on a stick: conjure up cake pops from... 9 Forest kindergartens are trendy: where children can... 10 Ukrainian mothers at war: "Not alone, even if... 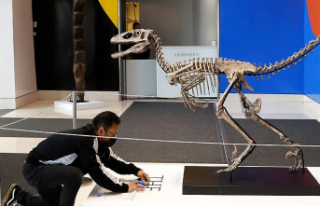