A dinosaur skeleton known as "The Raptor" is changing hands in New York: A bidder from Asia is paying a total of 12. 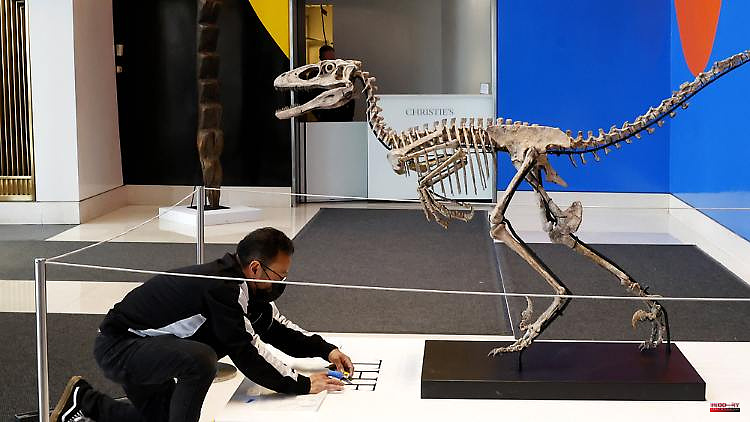 A dinosaur skeleton known as "The Raptor" is changing hands in New York: A bidder from Asia is paying a total of 12.4 million dollars for 126 fossilized bones that served as inspiration for the science fiction film "Jurassic Park". Only another dinosaur was even more expensive.

A dinosaur skeleton that inspired the creators of the hit movie "Jurassic Park" has sold for more than $12 million in New York. The skeleton of Deinonychus antirrhopus, known under the nickname "The Raptor" and consisting of 126 fossilized bones, went to an Asian bidder at the auction on Thursday evening (local time), as the auction house "Christie's" announced.

The three-meter-long fossil was unearthed several years ago in Wolf Canyon in the US state of Montana and has been privately owned ever since. It fetched $12.4 million (€11.9 million) at auction, the second-highest price ever paid for a dinosaur skeleton. The most expensive dinosaur is a Tyrannosaurus Rex, which was sold at auction in 2020 for $31.8 million.

The smaller and more agile Deinonychus antirrhopus was the inspiration for the Velociraptor in Stephen Spielberg's film Jurassic Park. They are actually two different species, but the screenwriters took some artistic liberties when designing their dinosaurs.

The sculpture "Fourteen Year Old Dancer" by Edgar Degas was also sold at the auction. At $41.6 million, it achieved the highest price ever for a work by the French artist. Pablo Picasso's sculpture "Frauenkopf (Fernande)" changed hands for $48.48 million. The Metropolitan Museum of New York put her up for auction after receiving another edition of the sculpture as a gift.

1 Friday the 13th: Why "bad luck" sticks to... 2 Student stoned: Lynch mob kills Nigerian Christian... 3 From the Schmoll corner: Guttenberg must become a... 4 About America, everyday life, Alzheimer's: Thomas... 5 Ladiges cooks: something different with asparagus 6 New phenomenon of fear: what is behind nomophobia 7 Small cakes on a stick: conjure up cake pops from... 8 Forest kindergartens are trendy: where children can... 9 Ukrainian mothers at war: "Not alone, even if... 10 Bombs, flight, expulsion: fears are awakened in the... 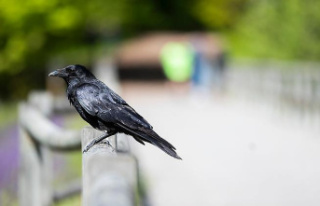