It has been 98 days of armed conflict and the list of dead and wounded continues to grow in the war in Ukraine. 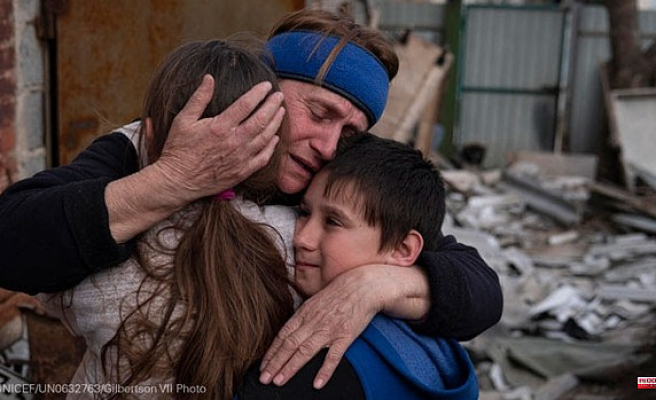 It has been 98 days of armed conflict and the list of dead and wounded continues to grow in the war in Ukraine. It is also a conflict that has destroyed the lives of millions of children. Unicef ​​has put the number of minors killed at 262 since the beginning of the Russian military offensive, unleashed on February 24 by order of Vladimir Putin. The United Nations Children's Fund has pointed out in its latest report that to date the death of 262 children has been confirmed, while 415 have been injured in the framework of hostilities.

In fact, almost two out of three children have been displaced by the fighting: "One hundred days of war in Ukraine have had devastating consequences for children on a scale and speed not seen since World War II," they point out from the agency.

It is estimated that with each passing day, more than two children are killed and more than three are injured in shelling in the most populous Ukrainian cities. As a result of these daily attacks, 256 health facilities and hundreds of educational centers across Ukraine have been damaged or destroyed. The situation is especially desperate in the eastern and southern areas (coinciding with the Donetsk, Kharkov, Mykolaiv, Sumy, Kherson and Chernigov regions) where the most intense fighting is taking place.

War is not the only danger they face. Fleeing from her, the children have been exposed to a serious risk of "family separation, violence, abuse, sexual exploitation and human trafficking" for more than three months, according to the report. As they are especially vulnerable children exposed to traumatic events, they require greater protection and psychosocial support. But above all, they need peace.

Similarly, the war and the mass exodus of Ukrainians (in Moldova alone there are more than 52,000 refugees, mostly in households headed by women) is leaving many families without sufficient income to get by. They barely have enough to meet their basic needs – water and sanitation, health, nutrition or education – and are therefore unable to provide their children with adequate or sufficient support.

Finally, today, June 1, has been declared the International Day for the Protection of Children in Ukraine and throughout the region. UNICEF Executive Director Catherine Russell said: “Instead of marking the occasion, we solemnly approach the 100th day of a war that has shattered the lives of millions of children. Without an urgent ceasefire and negotiated peace, children will continue to suffer and the consequences of war will affect vulnerable children around the world."

1 The US Senate negotiates a new law on gun control 2 The EU warns that Russia is going to use hunger in... 3 Giorgia Meloni, the new face of the Italian right... 4 Mortgage holders shield themselves with fixed rates... 5 Schedule and where to see the Spain-Portugal 6 Semifinals Roland Garros 2022: Nadal's rival,... 7 The hotel industry, in the absence of 7,000 employees:... 8 Siro 'sacrifices' its cookie plant in Venta... 9 De Miguel appeals to the union to convert Valladolid... 10 Trade asks for guarantees in the face of a crisis... 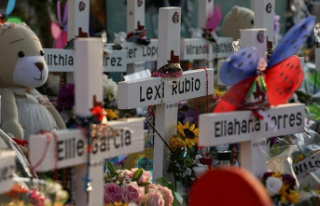 The US Senate negotiates a new law on gun control