The European Union notes that the war in Ukraine is also going to be fought in Africa and there in the field of propaganda, because Russia is spreading the idea that Europe is to blame for not being able to receive the cereals that are blocked at the ports Ukrainians, and whose lack will cause everything from price increases in world markets to lack of food and hunger in some African countries. 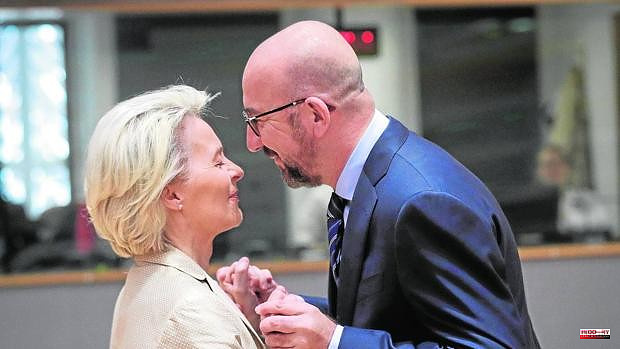 The European Union notes that the war in Ukraine is also going to be fought in Africa and there in the field of propaganda, because Russia is spreading the idea that Europe is to blame for not being able to receive the cereals that are blocked at the ports Ukrainians, and whose lack will cause everything from price increases in world markets to lack of food and hunger in some African countries. European leaders have addressed this issue on the second day of the extraordinary European Council and have decided that the President of the Commission, Ursula Von der Leyen, will soon travel to Cairo and launch a campaign to counter Russian propaganda. The Europeans have once again proposed to act jointly in strengthening their military capabilities, but at this moment the scene of the confrontation with Russia is much further south and it is not played with cannons but with propaganda.

The symbolic presence of the president of the African Union, Macky Sall, in part of the meeting in Brussels was intended precisely to allow him to present his point of view on the issue of food security. This is summed up in the warning that “in order to avoid the catastrophic shortage scenario, everything must be done to release available grain stocks and guarantee transport and market access”.

Russia blocks 20 million tons of wheat at the Ukrainian port of Odessa and Putin has repeatedly accused the West of being responsible for disrupting the world's supply of grain and fertilizer. He said it again last Saturday to French President Emmanuel Macron and German Chancellor Olaf Scholz, who spoke by phone with the Russian dictator. Sall has told Europeans that shortages of fertilizer and food supplies in Africa are already "very serious and alarming" and that the Russian narrative blaming the EU "is out there".

The Europeans have immediately understood that it is a propaganda use and in a way to turn the hunger of millions of Africans into a weapon of war. Von der Leyen acknowledged at the end of the summit that this approach "is a complete manipulation by Russia since the only reason we are facing a food crisis is because of this brutal and unjustified war against Ukraine" and in this sense he clarified that the EU has not imposed any sanctions on food products. However, Putin makes it a condition that the EU lift all sanctions to allow the transit of freighters that could take the wheat to world markets. Macron has proposed that the UN be the organization that tries to obtain Russia's authorization to access the Ukrainian port, precisely so that the African governments themselves participate in the debate. For now, the only measure that the EU has been able to take is to ease bureaucratic procedures so that Ukraine can export part of the wheat through Polish ports because the best option would be to reach the Baltic through Belarus, Moscow's main ally and is therefore ruled out.

The Italian Mario Draghi also recognized at the end of the meeting that "winning the battle of food security for Africa is also important from a strategic point of view because the thesis that is spread is that a possible famine would depend on the sanctions" European against Russia. Right now there are many African countries where Putin has sown his influence even before invading Ukraine through his strategic terminals, like the Wagner group. Draghi has warned that these countries "are not on the side of the West as shown by their votes in the United Nations in resolutions on Ukraine and in which the majority has abstained" and if they run out of food "know whose fault, it will be the least relevant issue for them.

From the most generic point of view, the summit has managed to approve the sixth package of sanctions against Russia, this time with the oil embargo, which is a very substantial part of the resources that Europe provides to the Putin regime, but has had to accept that Hungary does not have to comply with it. It has cost so much to reach this "half agreement" that European leaders are going to take a long time before entering into the debate on cutting gas purchases. "Now we need a pause," Belgian Prime Minister Alexander de Croo said.

A chapter of the discussion was also devoted to the issue of common defense, although the big news had come just before the summit when Denmark announced that it was going to abandon its traditional position of not participating in any military cooperation program with the EU. After the decision of Sweden and Finland to ask to join NATO, the Atlantic Alliance is clearly emerging as the main instrument to reinforce collective defense although the Commission is still determined to ask the countries to "spend more and better", and has offered a program for joint arms purchase operations involving at least three countries. But the mention in the conclusions says that this issue must be analyzed "in the light of the respective competences" that remain national.

1 Giorgia Meloni, the new face of the Italian right... 2 Mortgage holders shield themselves with fixed rates... 3 Schedule and where to see the Spain-Portugal 4 Semifinals Roland Garros 2022: Nadal's rival,... 5 The hotel industry, in the absence of 7,000 employees:... 6 Siro 'sacrifices' its cookie plant in Venta... 7 De Miguel appeals to the union to convert Valladolid... 8 Trade asks for guarantees in the face of a crisis... 9 Climate change will decrease sunflower yields by 23%... 10 «We miss bathing in the Tagus River, hunting frogs... 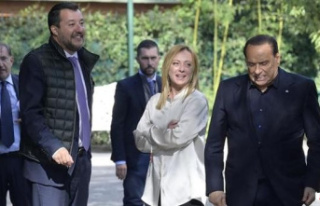 Giorgia Meloni, the new face of the Italian right...