Giorgia Meloni, the new face of the Italian right that wants to displace Matteo Salvini

She is the face of the new right and aspires to become the first woman to become prime minister in Italy. 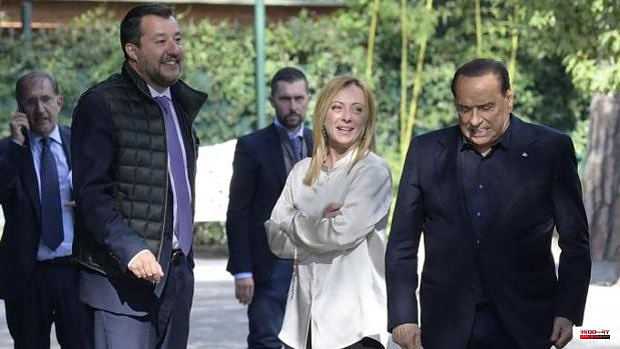 She is the face of the new right and aspires to become the first woman to become prime minister in Italy. Giorgia Meloni (Rome, 45 years old), leader of the Fratelli d'Italia (Brothers of Italy) party, has been confirmed, at the recent programmatic convention in Milan, the economic capital of the country, as the most accredited candidate of the center right for the Palace Chigi, seat of the Presidency of the Government, launching this message: «The party of conservatives, alternatives to the left, is born. We are ready to rule." In these last months of the legislature, Meloni leads the polls, which give the center-right the winner in the general elections scheduled for March 2023, although they could be brought forward.

At the age of 15, Meloni started in politics, in the student movement.

Before becoming a journalist, she made a living in various jobs, such as a waitress or a baby sitter. At the age of 21 she was elected adviser to the province of Rome. She holds the record for the youngest minister in republican history, when at the age of 31 she was appointed head of the Youth portfolio in Silvio Berlusconi's government. She is the only female leader of an Italian political party. In 2020 she was elected president of the European Conservatives and Reformists Party, of which her Spanish partner Vox is also a member.

Single mother, Meloni has a relationship with a journalist, father of her daughter Ginevra. In her autobiographical book, 'I am Giorgia. My roots, my ideas' (Rizzoli, May 2021), of which 14 editions were published in three months, tells that she was born because her mother decided not to have an abortion and that her father, a tax advisor in Rome, left home and went to the Canary Islands when she was 12 years old. “I owe everything only to my mother. Because the truth is that I shouldn't have been born,” explains Meloni. When she became pregnant, she was 23 years old, had a one-and-a-half-year-old daughter (Arianna) and a partner – my father – with whom she no longer agreed and who, for a long time, had packed her bags to go away. A wounded family (…). They had almost convinced her that there was no point in giving birth to another girl in that situation ». In the end, when her mother was going to the clinic to have an abortion, she changed her mind at her door: “I don't want to have an abortion. My daughter will have a sister." This is the confession that her mother made to Meloni.

Meloni has become a political phenomenon. His geopolitical analysis of the war in Ukraine, very Atlanticist, and support for Draghi in sending weapons to kyiv, is praised for his lucidity, distancing himself from Salvini. The consensus that Meloni has achieved is extraordinary. In December 2012, she co-founded the Brothers of Italy, of which she is president. Today it has become the first Italian party: the SWG society gives it 22.6% in voting intention, above the Democratic Party (21.8%), from the left, in a poll on May 23.

It has benefited politically by being in opposition to the Mario Draghi government. Brothers of Italy is the only one of the big parties that is not part of the National Unity Executive. The polls indicate that if there were elections today, the center right would win them. Hence, Meloni legitimately aspires to become the leader of the center-right coalition, displacing secretary Matteo Salvini, whom more than half of the electorate who voted for him in the 2019 European elections has abandoned. 34.26% of the votes, today stands at 15.8%, being the third most voted party. For its part, Brothers of Italy, which reached 6.44% three years ago, has grown almost 16 percentage points. It is thus shown that the League and the Brothers of Italy are communicating vessels in the right-wing electorate: what Salvini lost, Meloni has almost won. Unlike Salvini, who identifies with Marine Le Pen, the leader of the Brothers of Italy affirms that she “does not see herself represented in Lepen”. She is also the best valued politician, after the President of the Republic, Sergio Mattarella, and the Prime Minister, Mario Draghi. Meloni maintains a "good and cordial" relationship with Draghi.

Brothers of Italy is heir to a culture born of post-fascism, but it cannot be considered neo-fascist, according to the political scientist and professor emeritus of Contemporary History Ernesto Galli della Loggia: "Fratelli d'Italia could legitimately aspire to represent in Italy the conservative right that has never It existed in the Second Republic. A conservative right very different from that of the past. Giorgia Meloni explained at the Milan Convention what the identity of the party is: «We are not a repetition of things already seen, of old labels. We are ready to embark on a new journey that will bring the ideas of the conservatives to the Government of the country, when the Italians call us to this responsibility.

The professor of Contemporary History at the LUISS University of Rome, Giovanni Orsina, the political scientist and writer who has best explained where the Italian right and center-right, and therefore probably Italy, are headed, describes the path undertaken by Meloni in this way: «It is undeniable who designs the profile of his party with greater precision, gives it a growing centrality in public discourse, strives to expand the limits of his ruling class and develop a government program. In short, Meloni is doing politics.

Professor Orsina considers that Giorgia Meloni's new course is useful for the center-right and the country, and clears the field of the neo-fascist label that some still insist on maintaining: «Doing Meloni's exams –Orsina comments– is a Fairly common journalistic exercise and it's also getting a bit off-putting." Brothers of Italy collects the so-called 'protest' vote, an electorate that places itself in positions of deep distrust towards national and European institutions, towards technocrats and the dominant communication, and towards the group of political and economic power. Meloni's merit is that "it tries to channel these 'protest' voters into a politically structured path – or better said: ideologically –, making sure that they stop protesting without further ado and put themselves at the service of an authentic and real project of Government".

It won't be easy at all. Meloni arouses envy even in the centre-right coalition parties (Liga and Forza Italia), with some calling her 'arrogant'. According to businessman Guido Crosetto, co-founder of Brothers of Italy, "everyone is envious of Giorgia: they will do anything not to have her at Palazzo Chigi."

1 Mortgage holders shield themselves with fixed rates... 2 Schedule and where to see the Spain-Portugal 3 Semifinals Roland Garros 2022: Nadal's rival,... 4 The hotel industry, in the absence of 7,000 employees:... 5 Siro 'sacrifices' its cookie plant in Venta... 6 De Miguel appeals to the union to convert Valladolid... 7 Trade asks for guarantees in the face of a crisis... 8 Climate change will decrease sunflower yields by 23%... 9 «We miss bathing in the Tagus River, hunting frogs... 10 Expo Leóni4: a bridge that unites industry and talent 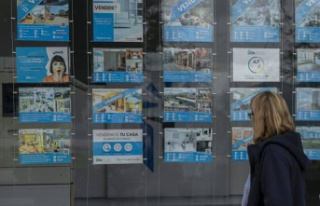