The US Senate negotiates a new law on gun control

A group of Democratic and Republican senators yesterday began a round of negotiations with the aim of achieving something that seems impossible: passing legislation that tightens control over access to firearms. 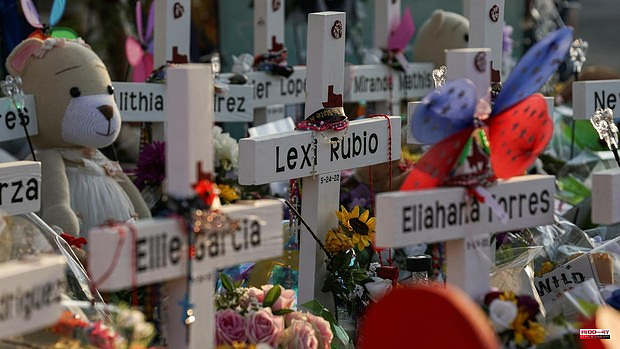 A group of Democratic and Republican senators yesterday began a round of negotiations with the aim of achieving something that seems impossible: passing legislation that tightens control over access to firearms.

The meeting was a videoconference with a small group of legislators with the sole objective of establishing the framework for the negotiations, in a week in which Congress is on vacation.

The legislative impulse is due, of course, to the latest massacres suffered in the US: that of Buffalo (New York) in the middle of last month and, above all, that of Uvalde (Texas), last week, in which 19 children and their two teachers were shot.

The atmosphere is pessimistic.

Over the last decade, the dynamics in these episodes have repeated themselves: shock over the massacre, calls for regulatory changes, legislative blockade by Republicans, and no result.

The clearest example was a decade ago, when a shooting similar to the one in Uvalde, the Sandy Hook school in Newton, Connecticut, sparked a regulatory effort championed by a Republican senator, Patrick Toomey, and another Democrat, Joe Manchin. Despite the horror of the massacre, the media pressure and the support for changes in the polls, it ended in nothing.

That proposal was not even very ambitious: it sought to establish a somewhat broader review system of who can buy a weapon. Now, the buyer is checked for a criminal record based on an FBI database, but only in store transactions. Private sales, online or at fairs, are outside this system. (Salvador Ramos, the 18-year-old who carried out the Uvalde massacre, bought his guns legally; he had obvious mental problems, but no criminal history.) The majority refusal of Republican senators and the defection of some Democrats derailed that effort.

The current legislative push is led by Democrat Chris Murphy and Republican John Cornyn (representing Texas). The idea of ​​​​extending the reviews and also that of the 'red flags' will be taken up again: that someone who shows signs of danger, such as mental problems, violent behavior or threats on social networks, be prevented from buying weapons.

The chances of any kind of initiative succeeding in Congress are slim. In the Senate, the tie for seats between Democrats and Republicans, the requirement of a qualified majority of 60 votes and the unbridled polarization make it almost unfeasible.

Guns have become an identity issue in the US, with great pressure from the gun 'lobby' - Donald Trump and other party heavyweights participated last weekend in the annual meeting of the National Rifle Association - and the vast majority of Republican politicians do not want to give an inch in regulating their access.

1 The EU warns that Russia is going to use hunger in... 2 Giorgia Meloni, the new face of the Italian right... 3 Mortgage holders shield themselves with fixed rates... 4 Schedule and where to see the Spain-Portugal 5 Semifinals Roland Garros 2022: Nadal's rival,... 6 The hotel industry, in the absence of 7,000 employees:... 7 Siro 'sacrifices' its cookie plant in Venta... 8 De Miguel appeals to the union to convert Valladolid... 9 Trade asks for guarantees in the face of a crisis... 10 Climate change will decrease sunflower yields by 23%... 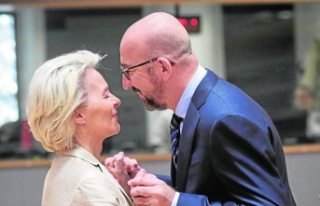 The EU warns that Russia is going to use hunger in...