The president of the CEOE Valladolid, Ángel de Miguel, appealed yesterday to the union of businessmen and administrations to turn Valladolid into a destination of excellence and a "desired territory for investment and the installation of companies". 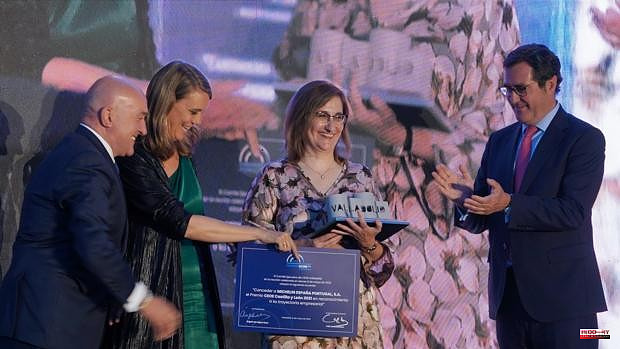 The president of the CEOE Valladolid, Ángel de Miguel, appealed yesterday to the union of businessmen and administrations to turn Valladolid into a destination of excellence and a "desired territory for investment and the installation of companies".

De Miguel, in his speech at 'The night of companies', the gala in which CEOE Valladolid presented its prizes for 2021, also called for the completion of the Duero motorway (A-11) and the Valladolid-León motorway (A-60), at the same time that he asked to extract "all the value" from the future Logistics Park of Preveedores.

In addition to congratulating the winners, De Miguel recalled the effects of the pandemic and the crisis caused by the cost overruns of raw materials and the lack of supplies, while highlighting the "intense" work carried out by the Dialogue Social in the province of Valladolid.

In turn, he also demanded a simplification of bureaucratic procedures and asked the administrations not to complicate the lives of public administrations, while congratulating himself on the arrival in Valladolid of new investments such as Swich Mobility, Santander finance, or the Lesaffre extension.

In her speech, the president of CEOE Valladolid also advocated that companies, universities and training centers advance hand in hand, given that despite the high unemployment rate, there is a shortage of workers in many sectors, reports Ical.

In his speech, he also indicated that Valladolid must take advantage of the good indicators that its economy presents and, especially in agriculture and agri-food production, "which are going to be one of the engines of economic impulse, as was demonstrated at the time most difficult experienced with the pandemic. In addition, as a generator of employment and wealth, it is the main tool for businessmen to fight against depopulation and move towards territorial cohesion.

He also stressed that post-pandemic tourism offers inland Spain endless tourist possibilities and asserted that "Valladolid has all the wicks to build a large basket."

1 Trade asks for guarantees in the face of a crisis... 2 Climate change will decrease sunflower yields by 23%... 3 «We miss bathing in the Tagus River, hunting frogs... 4 Expo Leóni4: a bridge that unites industry and talent 5 Couples, sun, love and conflict: the Canary Islands... 6 Ukraine kills Alexander Kislinsky, Russia's "hero"... 7 Taxi drivers protest in Madrid, live 8 Nicolás Correa: a young company with 75 years 9 Avícola Galocha: a business that grows with many... 10 Ornitocyl returns to Ávila from June 17 to 19 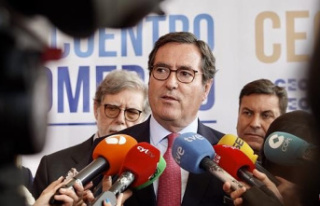 Trade asks for guarantees in the face of a crisis...