The II Meeting on Trade was held yesterday in Valladolid and brought together a large number of businessmen from all over Spain at the Miguel Delibes Cultural Center. 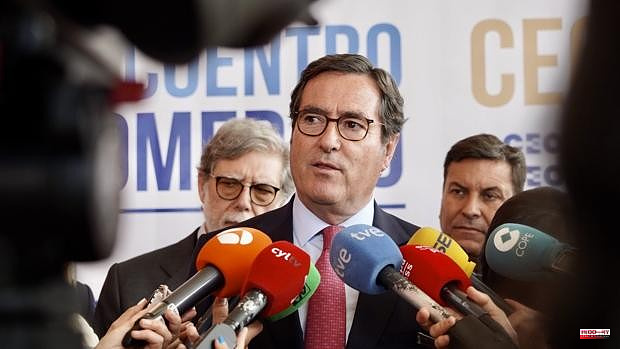 The II Meeting on Trade was held yesterday in Valladolid and brought together a large number of businessmen from all over Spain at the Miguel Delibes Cultural Center. The conference, organized by CEOE, was marked by several round tables that addressed the challenges and concerns of the sector, including inflation or supply shortages. "We all want things to go better and raise wages, but Spanish companies are not doing well, and one in two that have closed was a business," said Antonio Garamendi, president of CEOE, who highlighted the merit of this branch that It represents 13% of GDP and thanks to which “the country worked despite being all locked up.”

He opened the talks together with the Minister of Economy and Finance, Carlos Fernández Carriedo, and also with the leader of the confederation itself at the regional level, Antonio Aparicio, who stressed the importance of "a close sector that structures and unites, that is in the day to day and keeps the population on the ground.”

The Chairman of the Board, Alfonso Fernández Mañueco, joined in with a short video. Then, the president of the Competitiveness, Trade and Consumption Commission (C4), Ricard Cabero, x-rayed a situation that has already "hit them very hard" and before which the stores ask for guarantees in transport, brake on taxes or security before thefts. Former Minister Josep Piqué offered some insights into the current international economic context, and a table was also dedicated to Castilian and Leonese trade, with representatives from Conferco, Anged, Asucyl and Aces, who distinguished particularities of both the small and medium-sized and the big company. After the passage of other guests, it was the Minister of Industry, Mario Veganzones, who closed the meeting.

1 Climate change will decrease sunflower yields by 23%... 2 «We miss bathing in the Tagus River, hunting frogs... 3 Expo Leóni4: a bridge that unites industry and talent 4 Couples, sun, love and conflict: the Canary Islands... 5 Ukraine kills Alexander Kislinsky, Russia's "hero"... 6 Taxi drivers protest in Madrid, live 7 Nicolás Correa: a young company with 75 years 8 Avícola Galocha: a business that grows with many... 9 Ornitocyl returns to Ávila from June 17 to 19 10 The businessman who was investigated by Villarejo... 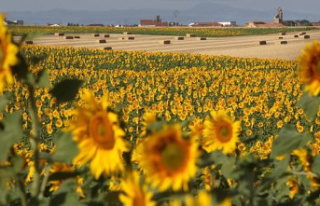