Thirty years ago, only a dramatic finale decided the fight for the German championship. 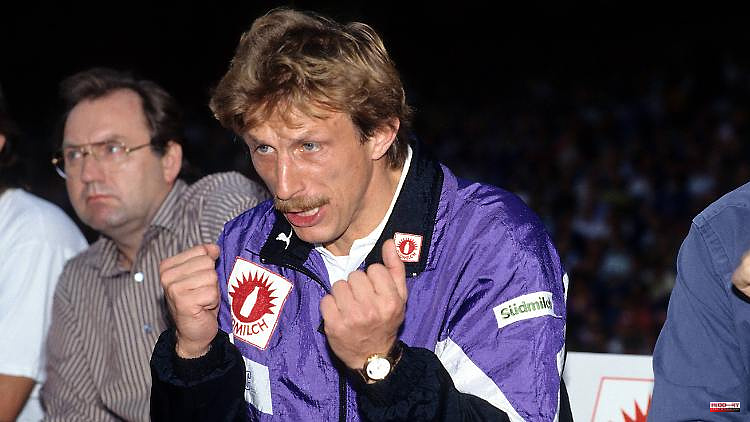 Thirty years ago, only a dramatic finale decided the fight for the German championship. With a goal from Guido Buchwald shortly before the end, VfB Stuttgart celebrates winning the title - while sad Dortmund and Frankfurters look back in horror at a gripping finish.

The whole drama for Dortmund and Frankfurt began much earlier than on that legendary and fabled May 16, 1992. The 38th and last matchday of the 1991/92 Bundesliga season was just the furious merciless finale of a chain of unfortunate circumstances that in the end made VfB Stuttgart champions.

For BVB, April 25th, almost three weeks before the final end of the season, was the sticking point of the season. At that time, referee Manfred Harder from Lüneburg denied a headed goal by BVB professional Michael Schulz when the score was 1:1. In the end, VfB Stuttgart won the game 4:2 - and could dream of the championship again.

"It's the absolute final!" Said VfB keeper Eike Immel before the game - and invited almost 100 friends from Dortmund to the game. In his recently published biography, Immel remembers: "We put them up in hotels. I was sure that we would win, and that's how it happened. After the game we went to the restaurant with all the guests. I had a purple Versace Suit, underneath a purple T-shirt, I felt like the king of Swabia. They were BVB fans - and I had won. A fantastic evening!" And the very important cornerstone for winning the title three weeks later.

Eintracht from Frankfurt ruined the championship at home against SV Werder Bremen a week before the final in Rostock. The Hanseatic League had won the European Cup in Lisbon three days earlier - and since then they have "thrown one party after the other", as Uli Borowka recalls in his book "Volle Pulle". He himself called out to his "specialist" Andreas Möller right before the game: "Hey Andy, relax, today you'll win anyway. We won't stop you anyway..." But then the Frankfurt team made a mistake: they stepped on the Bremer, "as if they had been promised a bonus for every bruise. After Dietmar Roth's third hard tackle, things got too colorful for us." In the end, the Frankfurt team saved a point against the bitterly fighting Werder team - and as reigning table leaders on the last matchday in Rostock, in the almost flooded, i.e. relegated Hansa-Kogge, could have made everything clear with a win. That's the theory. But things turned out differently. Dramatically different.

It was a crazy team of wild characters that Eintracht Frankfurt brought to the pitch this season under the guidance of their head coach Dragoslav Stepanovic. Names like Uli Stein, Manfred Binz, Dietmar Roth, Uwe Bein, Ralf Falkenmayer, Heinz Gründerel, Andreas Möller, Ralf Weber, Lothar Sippel and Anthony Yeboah still ring in the ears of football fans today. And although various sources of conflict smoldered within this heap of alpha animals, on May 16, 1992, they pulled themselves together again. Even a lead by Rostock didn't faze the team. After Axel Kruse equalized, it was only a matter of time before Eintracht took the lead. And then came the legendary 76th minute.

Frankfurt striker Tony Yeboah had put the ball through beautifully to Ralf Weber on the edge of the penalty area - and he just had to sink the ball into the goal. But at the last moment, a leg was pulled from behind him. Weber fell and the Rostock keeper picked up the ball with both hands. Now there could only be one decision: Penalty for Frankfurt. But the referee allowed the game to continue.

In the end, Eintracht even lost the game 2-1 and desperately quarreled with the referee. Frustration reigned among the players. Bottles flew around the cabin. Of glass. In view of the dangerous situation, striker Axel Kruse took to his heels and went for a smoke in front of the door. Just as he was enjoying his cigarette, deep in thought, referee Alfons Berg came around the corner. Shortly before, Axel Kruse had said on TV that it was "the clearest penalty I've ever seen in my life". Understandably, the Eintracht stars were not on good terms with the referee.

But Berg had now watched television and realized his mistake. He said that to Kruse and said: "I'm going to your changing room now and apologize!" The Eintracht striker just grinned, put a hand on the referee's shoulder and said: "Alfons, honestly, I don't think that's a good idea." At that moment, the two heard another bottle smash against the wall of the cabin. Berg stepped back in shock, lowered his eyes to the ground and disappeared without another word.

Due to the defeat in Stuttgart three weeks earlier, BVB was no longer able to win the championship on its own due to its significantly worse goal difference on the last day of the game. And so, in the end, the hard-fought 1-0 win by Stéphane Chapuisat against the relegated team from Duisburg was no longer of any help to Borussia - although they could have dreamed of the German championship up to the 86th minute. Because up to this point in time, ten Stuttgarters - Matthias Sammer had already been sent off with a red card - did not get beyond a draw in Leverkusen. But then captain Diego Buchwald ("Maybe I've become a bit immortal today") beheaded VfB outnumbered to win the title - in which only one person had really believed before the game: Stuttgart coach Christoph Daum.

Before the decisive encounter at Bayer, he not only deliberately quartered his team in the rather rustically furnished Hennef sports school and ordered them to have a bowling evening with sausages and beer, but also hung his so-called "master note" on the cabin door at the last team meeting . Under the martial headline "From 3.30 p.m., war in Leverkusen", the sentences were written on it: "Show everyone what we are ready for. We want and will win." As banal as Daum's words may sound, they apparently motivated the VfB team at the time.

For Stuttgart, the unexpected championship was a confirmation of their staying power - or as Michael Frontzeck put it: "Because everyone relied on Frankfurt and Dortmund, this success is a great satisfaction!" Precisely because this merciless final furioso meant such a chain of unfortunate circumstances for BVB and Frankfurt Eintracht.

1 Ligue 2: winner of Grenoble (2-0), Paris FC will receive... 2 Juanpe López's agonizing resistance to save... 3 "They took my life", the former Stéphanois... 4 Montpellier-PSG: with Bernat, Kehrer and Herrera as... 5 Betclic Elite: the future of basketball in Boulogne... 6 Handball: PSG returns to the ordinary in the Coupe... 7 "I no longer believed in it, it's magnificent",... 8 Mercato: it's confirmed, Lewandowski wants to... 9 Germany: Haaland scores and Dortmund wins for the... 10 Felipe VI agrees with the emeritus to meet in Madrid... 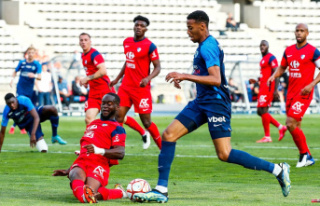