Juanpe López's agonizing resistance to save the pink 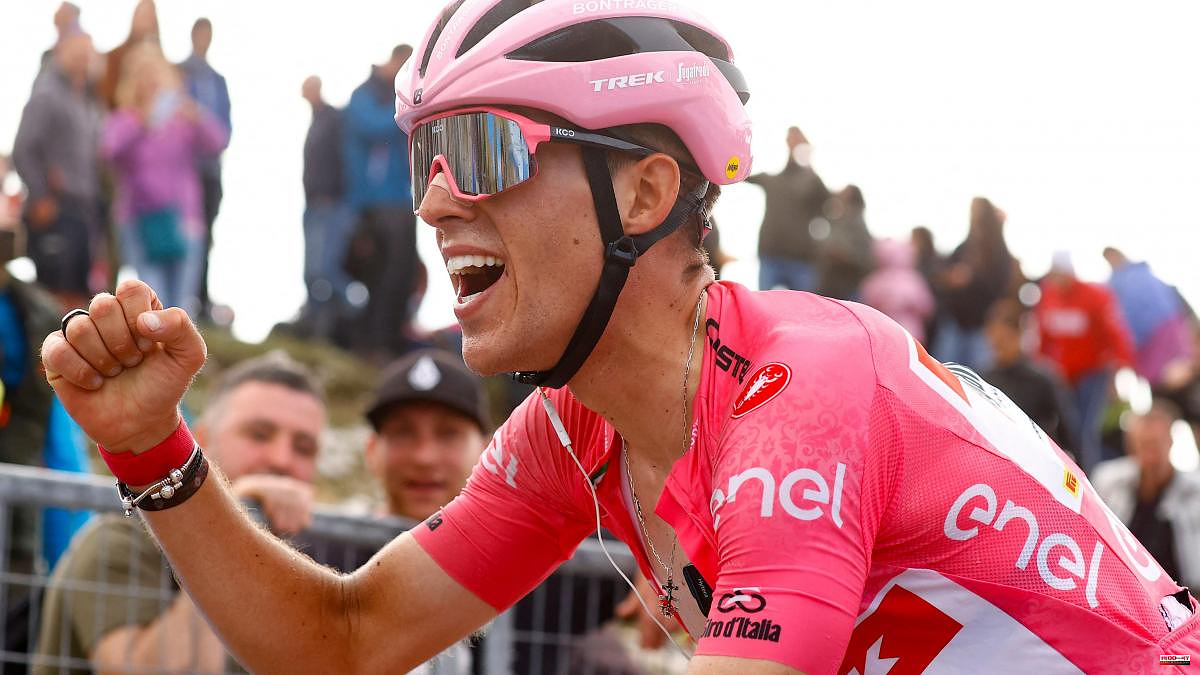 By the hair. For a handful of seconds. For courage and tenacity. For desire and for pride. Juanpe López gave a lesson in suffering on the bike. From clenching your teeth. Of not giving up. Neither bad luck nor ramps nor attacks could with him. It was the first big mountain stage of the Giro, and he resisted agonizingly until the last meter of the climb to the Blockhaus to keep the pink jersey. Descogaldo when there were 8 kilometers to go to the top, the Sevillian of the Trek did not give up. He fought, he staggered but he did not give up. He did not throw in the towel and had a prize. He entered 1m46s behind the winner, the Australian Hindley (Bora) but kept the coveted leader's garment. It's already six days of pink, which costs him so much pain and gives him so much joy.

Luck was not on Lopez's side either. In full ascent to the last port, he had to stop and get off the bike to avoid falling. A mishap forced him to put his foot down. The leader made the sharpener (his front wheel rubs against the rear of his predecessor) with Alejandro Valverde. When the pink jersey resumed the march, the group of favorites had already escaped a few meters. He was left alone and defended himself tooth and nail on the ramps.

He hardly found collaboration. Only Pello Bilbao (Bahrain), affected by a fall at the beginning of the stage, gave him relief. For a while, he had the favorites in sight. That reference was valid for him not to sink and minimize the loss. Then he settled into a group next to Martin, one of those who could steal his jersey.

And although in the end he paid a little for the effort, Juanpe López reaches the second week of pink and can continue dreaming, at least until Saturday in Turin, with the Superga as judge. "I can't believe I'm in this port and in pink," the Lebrija man said exhausted.

He was so nervous throughout the day that he had a scuffle with Sam Oomen, to whom he apologized in public. “At one point he pushed me. I have lost my mind and I have thrown the drum at him, ”he apologized.

Until the moment of the mishap with Valverde he had barely shown weakness. Instead, he saw how Simon Yates, one of the big favorites, stayed very early, leaving 11 minutes. Kelderman (Bora), Sosa (Movistar) and even his partner Ciccone, his theoretical leader, also got off the hook. And he, installed among the best, with Landa, Bardet, Almeida and Carapaz.

The Ecuadorian from Ineos was the first (only?) who really attacked. It was in the last five kilometers and Mikel Landa responded immediately, who, although he also kissed the ground, presented his candidacy for the final victory in Verona. He couldn't win because on the final straight, Hindley and Bardet were quicker. But the Basque climber is serious.

How life changes in five years. The same port, the same race and everything comes out different. He happened to Eddy Merckx in his day in the same Blockhaus. In 1967 he won his first stage in a grand tour and five years later, in 1972, he had to give in to the indomitable Tarangu Fuente. In 2017, the Blockhaus shattered Landa's aspirations, who crashed into a motorcycle and lost 27 minutes. Quite the opposite of 2022, where he rose easily, taking over, without wavering and controlling his rivals. Or the ones that are left.

1 "They took my life", the former Stéphanois... 2 Montpellier-PSG: with Bernat, Kehrer and Herrera as... 3 Betclic Elite: the future of basketball in Boulogne... 4 Handball: PSG returns to the ordinary in the Coupe... 5 "I no longer believed in it, it's magnificent",... 6 Mercato: it's confirmed, Lewandowski wants to... 7 Germany: Haaland scores and Dortmund wins for the... 8 Felipe VI agrees with the emeritus to meet in Madrid... 9 European Cup: no final for Toulouse, swept away by... 10 Formula 1: Nice taxis threaten to block the Monaco... 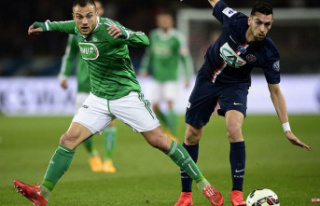 "They took my life", the former Stéphanois...