Make way for girls: the Quebec pee-wee tournament confirms that a women's division will emerge

As of the next edition of the international pee-wee hockey tournament in Quebec in February 2023, there will for the first time be an all-female division that will bring together 12 teams from Quebec and elsewhere in the world. 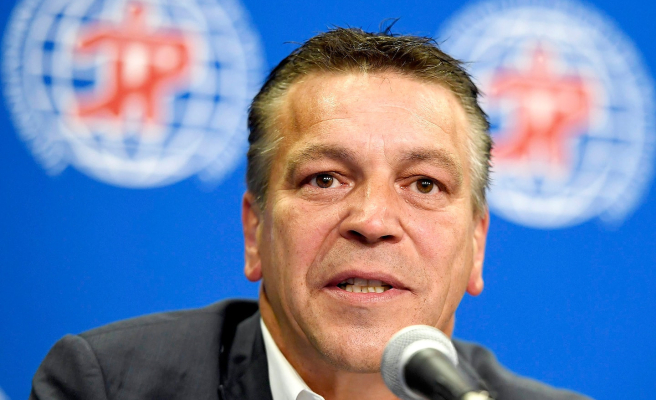 As of the next edition of the international pee-wee hockey tournament in Quebec in February 2023, there will for the first time be an all-female division that will bring together 12 teams from Quebec and elsewhere in the world.

The news was announced by the general manager of the tournament, Patrick Dom, during the assessment of the 62nd edition which has just ended.

To make room for this new category, class A will be discarded. Dom also suggested that the organization was questioning whether or not to maintain the school class, introduced in 2018.

"I think it's going to be a success," the general manager said of women's hockey at the tournament.

“We got there. We have to stop celebrating girls only once every four years when they win an Olympic gold medal. We will do this every year. The tournament has always been a springboard for different things. There, we will be a springboard for women's hockey. We showed it with the Cree team, it was a reward to be here. Girls have the right to their candy too,” he continued.

According to Patrick Dom, in addition to the Quebec teams, women's teams from the rest of Canada, the United States, France and Switzerland have already been confirmed for next February.

“The external demand is already there. Currently, there is demand easily for a 24-team division. We will start at 12, but we will see over time what it will do, ”suggested Dom.

In international competitions, Canadians and Americans more often than not hold the upper hand. The organization of the pee-wee tournament does not fear a huge disparity with teams from other countries.

“It is certain that we will not be able for the moment to make divisions with AAA, AA, BB. For the first year, we will make them all play together and we will see this project evolve. Of course, we will not talk about star teams from Quebec, ”explained Dom, specifying that Caroline Ouellette’s women’s team of star players will continue to work against the boys.

"It's something we want to maintain because it's important. It is possible that girls play for two teams: theirs and the Carolina team,” he said.

The future of school

As for the reflection on the presence of school hockey at the tournament, the plans are not stopped. The organization raised the idea of ​​maintaining the division, but at the Pavillon de la

Youth with a final at the Videotron Center. The idea of ​​dropping everything is also on the table.

“The tournament has always had an international flavor. The school division has been in place for years with always the same two teams from outside. It's good for hockey, it's a good division and the caliber is very good, but unfortunately, for an international tournament, that's not what we're looking for.

“Whether from the United States or Europe, we want to attract other teams, but there are not many school models like ours that are reproduced elsewhere, where young people only play for their school," said Dom.

The results of the pee-wee tournament will be written in red ink, but this is clearly not a surprise for the organization, which says it is overjoyed by the simple fact that the event took place under special conditions.

Even if the flavor was not that of the usual tournament in February, the incredible operation was carried out successfully. There were no major pitfalls and only four cases of COVID-19 were listed, none of which were among players.

“We knew that by being forced to move in May, we were playing with the DNA of the tournament. Except that the priority has always been that young people can be on the ice. A volcano would have had to explode in our face for us not to present the tournament, ”said the president of the event, Michel Plante.

At his side, Patrick Dom did not play the ostrich either. With an overall attendance of 139,712, the tournament was a far cry from the usual tally, but in the heat of May nothing was more predictable.

“We are talking about 70,000 fewer spectators compared to 2020. It sure hurts. The governments had helped us before the tournament. We knew very well that in May it would be more difficult.

“Even me, if it wasn’t my job, I would have been much better at home with a beer around the pool. We love the tournament, but we understand that. In addition, we arrived with 28, 30 degrees. We have a difference of 60 degrees from one tournament to another, it doesn't make sense!" Dom said.

The general manager was nevertheless reassuring for the future of the tournament, even if the figures are not yet known.

“The accounting secretary is going to tell us that, but it is sure that it is not good. We will not hide it, the ticket office is an important source of income. It does not matter, we did it and it is a success, except financially. We will lose money, but there is no danger for the sustainability of the tournament.

In addition, the pee-wee tournament has promised to pay tribute to Guy Lafleur as it should, with a trophy in the name of the one who marked the tournament.

“We will really take the time to pay tribute to him for the man he was, with a trophy worthy of him,” assured Dom.

1 Alliance de Montréal: a heart that beats to the sound... 2 Kemy Ossé: a player on a mission for the Alliance 3 World Hockey Championship: Finland dominates the United... 4 To invest in climate protection, corporate taxation... 5 Cycling: Romain Bardet considers himself to be one... 6 Over 260 Ukrainian fighters evacuated from Azovstal 7 Erdogan rules out giving Turkey's approval to... 8 Russia announces a ceasefire in Azovstal for the evacuation... 9 Italy: Giorgio Chiellini's moving farewell to... 10 Bulgaria: the baby of a lesbian couple is no longer... 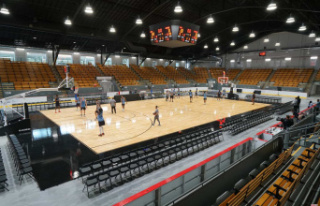 Alliance de Montréal: a heart that beats to the sound...