Álvaro Alarcón, the boy who was stunned by Paquirri

Álvaro Alarcón Rodríguez (Torrijos, 1998) had never been in the bulls. 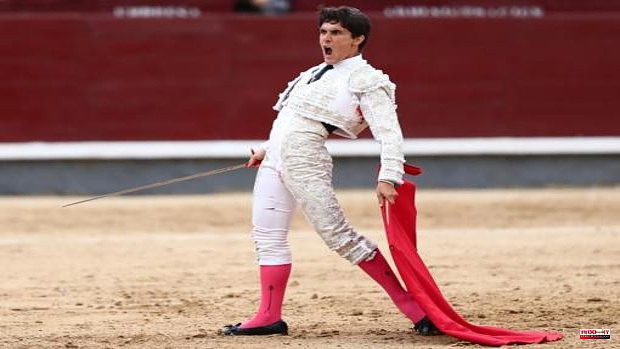 Álvaro Alarcón Rodríguez (Torrijos, 1998) had never been in the bulls. He has no bullfighting relatives and not even in his family were they very supportive. However, by chance, he saw a documentary by Francisco Rivera 'Paquirri' and it made an impact on him. The images of the bullfighter's agony, which all of Spain witnessed live on his day, "rather than frighten me, caused me admiration for what a man was capable of delivering for his profession."

Something was stirred in that kid's head so that a few years later, not so many in fact, he is still dumbfounded when he drives around Las Ventas. "There are times when I have been able to have an accident because I keep looking," he acknowledges.

Last week, on Monday May 23, Álvaro Alarcón crossed the main gate of the square carried on the shoulders of the fans and after cutting three ears off two utreros from Fuente Ymbro, 'Volante' and 'Embriagado', the latter awarded with the Back to the ring.

It had been 15 years, since Pepe Moral in 2007, that a novillero had not achieved such success in San Isidro. And this is unknown to this 23-year-old from Toledo, who is still sailing in a cloud and says that that night "I couldn't sleep much" because he continued "dreaming, enjoying and savoring what happened."

«I thought that, with the delivery, people were going to value everything I did and that's how it was». He put together two tasks that "had many flaws" and in which "the lack of skill was noted, but I don't want to hit the ceiling either. I want to keep learning and making mistakes."

Nor does he know that history has changed, up to the tragic date, of the bullfighters of Torrijos. Félix Almagro, one of them, became the first of the five men who have left their lives in the Madrid square, with a goring in the jugular on July 13, 1939, just after the civil war.

Barely 1.60 meters tall, short and brave to the full in the style of César Rincón, Álvaro becomes gigantic in front of the bull, although sometimes he sees them very, very large as in the last Fallas de Valencia. His first one cut off one of his ears and in the second he went around the ring. Both were from the El Pilar ranch.

«At first, whoever wanted to be a bullfighter, in my family they took it a bit as a joke. Then, when they saw that my sacrifice was daily and I had that self-esteem, they supported me to the fullest », he explains. Forged in the Bullfighting School of Toledo, he debuted with picadores in his town in September 2019, sharing the poster with Tomás Rufo and Jorge Molina. He repeated in Torrijos in 2020, in the first heifer bullfight held in national territory after confinement. And he added a dozen walks last year, all in towns in Madrid except one in Fuensalida.

Empowered by Nemesio Matías, Álvaro trains in Vallecas or in the Casa de Campo with Sergio Aguilar, a bullfighter and now a banderillero. Before appearing in Madrid, the most important fair in the world, he had counted four performances this season, including the one in Valencia.

1 The Queen travels to Mauritania to learn about Spanish... 2 Legislative objective: more industrial weight 3 Page proposes that it is not mandatory to speak Catalan... 4 Ukraine, two games to rebuild a country 5 The National Police arrests 18 pedophiles who distributed... 6 Five minors are arrested for the assault on two young... 7 The TSJ gives the Prosecutor's Office two days... 8 European borders questioned beyond Russian imperialism 9 Minister Garzón described NATO as a "terrorist... 10 Covid infections slow down, with 2,023 new cases since... 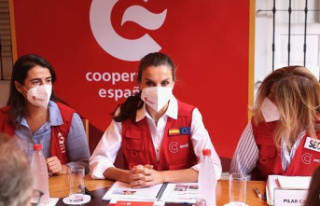 The Queen travels to Mauritania to learn about Spanish...