Her Majesty the Queen begins this Tuesday in Mauritania her seventh Cooperation trip that will take her to see first-hand the projects of the Spanish Agency for International Development Cooperation (Aecid) and NGOs in this key country of the Sahel strip. 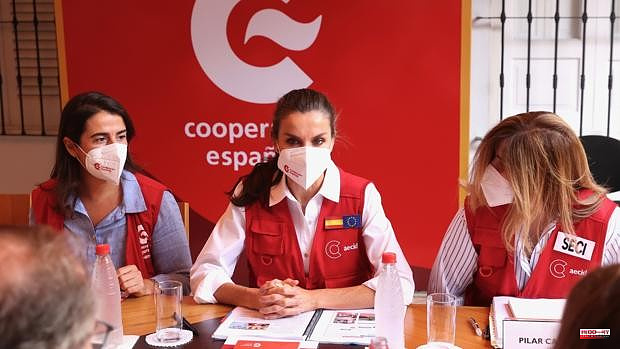 Her Majesty the Queen begins this Tuesday in Mauritania her seventh Cooperation trip that will take her to see first-hand the projects of the Spanish Agency for International Development Cooperation (Aecid) and NGOs in this key country of the Sahel strip.

After taking off from the base in Torrejón de Ardoz (Madrid) around five in the afternoon, the Queen plans to land at Nouakchott airport at 7:00 p.m. (two hours later on the Peninsula).

Tomorrow Doña Letizia will have the opportunity to visit and learn about Spanish cooperation actions such as a logistics project for the distribution of frozen fish, a police station specializing in care for victims of gender-based violence, a training center for medical specialists at the Faculty of Medicine of the University of Nouakchott, a gender observatory and a center for the promotion of artisanal fishing.

Already on Thursday, the Queen will visit an agricultural production center and another for public health emergencies. The 48-hour visit will conclude with a working lunch hosted by the First Lady of Mauritania, Mariem Dah.

During the trip, Doña Letizia will be accompanied by the Secretary of State for International Cooperation, Pilar Cancela. During her stay in Mauritania, the Queen will have the opportunity to meet with representatives of the Spanish Cooperation at the Embassy Residence.

Mauritania, with twice the size of Spain and only 4.65 million inhabitants, is a key country for Spanish interests due to its stability in curbing the advance of jihadism in the Sahelian region and its importance in curbing immigration flows illegally going to the Canary Islands.

Not in vain, on another geopolitical level, at the next Madrid Summit, NATO will announce a military cooperation mission with the aim of strengthening the capabilities of Mauritania's military and security institutions as well as its armed and security forces (which called a 'Military Capacity Building' mission).

It must be remembered that the situation in neighboring countries such as Mali, with two coups in recent years and a Russian military presence, is increasingly worrying the EU countries. Burkina-Faso is another of the countries where jihadist groups are gaining more and more influence.

«Mauritania has been a priority country for Spanish Cooperation since 1995, when the first joint initiatives in favor of development were launched. In 1998, Aecid opened its technical cooperation office in the capital, Nouakchott. With a strong Sahelian identity, Mauritania is a strategic partner in the Sahel, with which Spain works to face its development challenges, bilaterally and through the Sahel Alliance”, explain sources from the Ministry of Foreign Affairs.

According to the 2020 report of the United Nations Development Program (UNDP), Mauritania is ranked 157 (out of 189) on the Human Development Index. The poverty rate at the national level is 31% and 16.6% of the population is in a situation of extreme poverty.

In total, the Official Development Assistance for the period 2014-2020 amounted to more than 52.4 million euros: 58% managed by the Aecid of the Ministry of Foreign Affairs, 24% by the rest of the ministries and 18% by decentralized cooperation of autonomous communities and municipalities.

"Despite the growth experienced in the last decade, its impact on the well-being of the population has been limited, since there has not been a sufficient reduction in unemployment and inequality," the same sources report.

Obviously, the orography of the country with a vast desert makes it difficult to develop and control the country, although the efforts of the Mauritanian authorities have given some stability to this Atlantic zone of the Sahelian strip.

This trip to Mauritania will be Doña Letizia's seventh to learn about Spanish investment in international cooperation. The last one was made to Paraguay in November 2021. 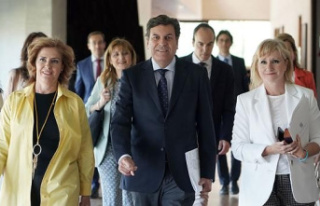