SUNRISE | Pierre-Édouard Bellemare comes out of training on the ice of the FLA Live Arena. 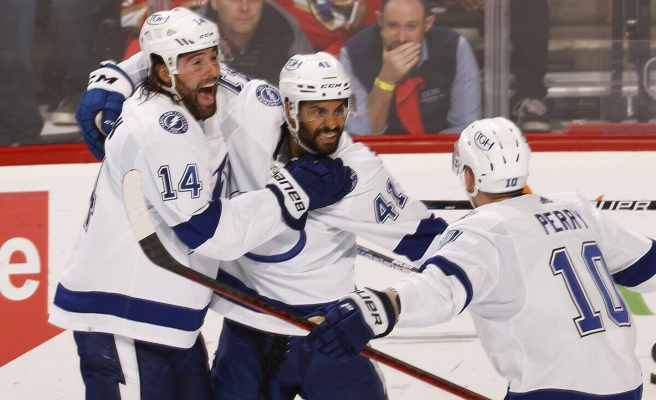 SUNRISE | Pierre-Édouard Bellemare comes out of training on the ice of the FLA Live Arena. He has yet to eat his bowl of nachos with salsa and guacamole when he stops to speak to a trio of French-speaking journalists.

• Read also: Ben Chiarot pays for a gesture of frustration

The day before, Bellemare scored the game-winning goal in Game 1 of this Florida battle. A 4-1 win for the Lightning over the Panthers. For once, the Frenchman came out of the shadows in this team full of big names.

"I don't have many playoff goals to tell you the truth," Bellemare said with a big smile on his face. But it's fun. This is not usually the role that is asked for a center of the fourth line. But Cooper trusted us with a face-off in offensive territory. We thanked him by scoring a big goal. »

“When he scores, you can see the reaction of the teammates, added Jon Cooper. The guys were really happy. You don't often read his name in the paper, but he does a lot of important things. He is a team player. This is why he is still coveted by several teams. »

From a 2nd division in Sweden to Tampa

So he visited three dressing rooms of very good NHL teams, reaching the final in 2018 during the first season in Vegas.

Julien BriseBois lured him to Tampa on July 28 by offering him a pact of two years and two million (one million per year). The general manager of the Lightning granted the exact same contract to Corey Perry. He was looking for two good veterans for depth in an already well-heeled team.

“We had offers elsewhere, but we wanted to play here, summed up Bellemare. Perry has made more money than me in his career. Me at a million, it makes sense. It's a little less so for him. But we are very happy to be here. »

Bellemare then made a return to the past to better appreciate the present.

“Now I play with Corey on the same line. Sometimes I find myself giving him advice and he does the same with me. It's still beautiful hockey. It was part of finding a team that wants to win the cup and players who have the same goal. »

Bellemare spoke at length about what he finds appealing about a team like the Lightning.

“Honestly, I was intrigued to know what was going on in that locker room and within the Lightning organization. You don't win the Stanley Cup twice in two years by chance. When I became a free agent, I spoke to several teams that had made the playoffs. But I was really intrigued by Tampa. »

“I wanted to see what Victor (Hedman) was doing, what Kuch (Nikita Kucherov) was doing, what Stammer (Steven Stamkos) was doing. I tried to learn from them. I'm light years away from Kuch. I like being a sponge, I want to take stuff. I don't mind saying I suck at certain things and asking teammates for advice. »

The need to win

Very effective in the circle of face-offs, in numerical inferiority and to block shots, Bellemare has found his niche with the Lightning.

“I don't know if in my head, I was thinking that I had to join a team that would win the Stanley Cup. For me in hockey, you always need to learn. The day I no longer have this desire to learn, I will stop playing. »

“I don't want to speak badly about teams that don't make the playoffs, but in my role and my style of play, I fit better with teams that have a chance of winning. If you block five shots with a team that is down 6-0, you go more unnoticed. I play hockey to win. »

1 CFL: Players in Alberta to join strike Thursday 2 The Cutty Sark Spirit of Adventure returns to Palamós 3 France team: Giroud and Pogba alone absent from a... 4 Athletic creates the first supporters' club in... 5 Inflation: the opposition is getting impatient in... 6 A driver in critical condition after a serious accident... 7 Provincial elections: a battle of environmentalists... 8 Criticism of 'Mama Mou Comes Home' (2021):... 9 Charlotte Cardin cancels her concert at L'Impérial... 10 Land of the former Pro Gym: public consultation for... 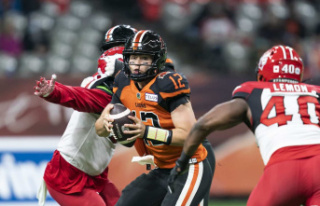