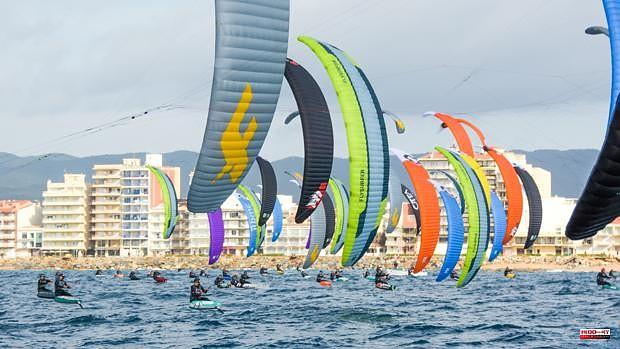 For the second consecutive year, the Club Nàutic Costa Brava y Vela Palamós will receive the Cutty Sark “Spirit of Adventure” FKSS fleet. Thanks to the support of the Palamós town hall and the Catalan Sailing Federation, national and international sailors will once again enjoy the fantastic conditions for practicing this sport that the Costa Brava offers.

After sailing for the first time in the waters of the Cantabrian Sea last week, the fleet leaves the Asturian city of Gijón with a good taste in its mouth to continue fighting for the final podium of the season in Catalan waters.

The forecasts of southerly component winds, predominant at this time of year, anticipate a great show on the beach in the heart of Palamós where the great favorites are the Spanish Alejandro Climent and the Brazilian Bruno Lobo in the FK Open Pro category and the Catalan Pau Soler in FK Open Advanced.

The competition will start this Friday May 20 for the FK Open Pro class, joining the sailors of the FK Open Advanced and F-One FK Amateur classes on Saturday 21 to complete up to 18 tests in three days.

On Friday, the first day of competition, the action will start at 2:00 p.m. On Saturday and Sunday it is expected to start around 11 in the morning, with the awards ceremony being held from 4:00 p.m. on the final day.

Joan Barba, Sports Councilor of the Palamós Town Hall explained “We are delighted to be one of the six venues of the national kite foil circuit. Last year the event was very well received by the population of Palamós and day after day they came to see the show in our bay. The truth is that we would like to continue enjoying this Olympic discipline for many more years”.

For his part, Sergio W. Smit, director of the circuit commented “Returning to Palamós for the second consecutive year is the consequence of a job well done last season and the support of the competitors to compete in one of the best spots for practicing this discipline in Spain. We are sure that with the wind forecast we have we are going to enjoy spectacular regattas to which we invite the people of Palamós and the nearby municipalities to come and share again the spectacular nature of this Olympic sport”.

After completing this single stop in Catalonia, the fleet will move to the island of Ibiza at the beginning of June.

1 France team: Giroud and Pogba alone absent from a... 2 Athletic creates the first supporters' club in... 3 Inflation: the opposition is getting impatient in... 4 A driver in critical condition after a serious accident... 5 Provincial elections: a battle of environmentalists... 6 Criticism of 'Mama Mou Comes Home' (2021):... 7 Charlotte Cardin cancels her concert at L'Impérial... 8 Land of the former Pro Gym: public consultation for... 9 Loto: a Landais wins the jackpot of 16 million euros 10 Car theft: Marner thanks supporters for their support 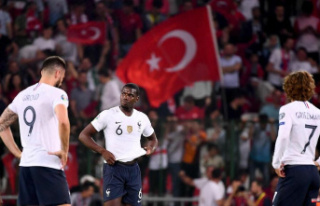 France team: Giroud and Pogba alone absent from a...