In even years, except in 2021 due to the pandemic, the list for the beautiful month of May is the most scrutinized of the year. 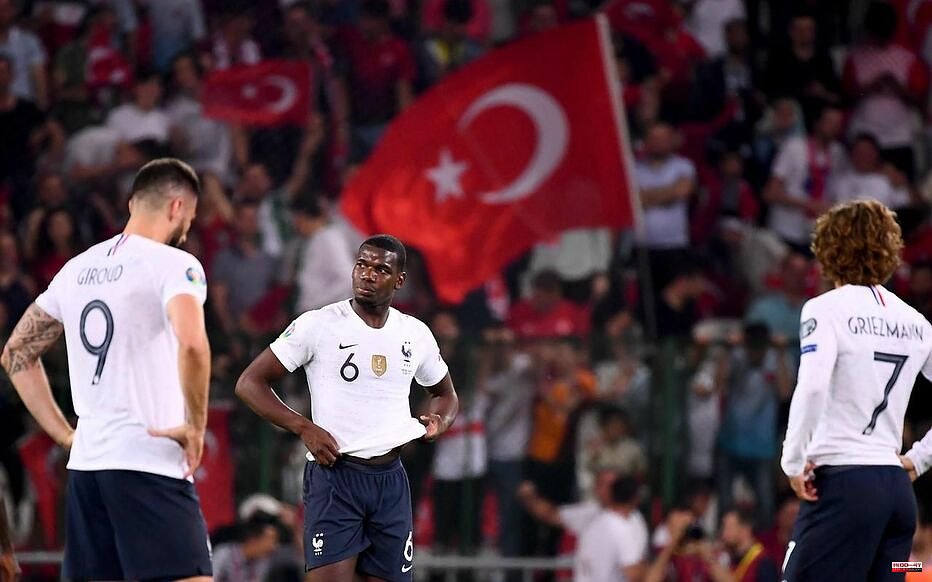 In even years, except in 2021 due to the pandemic, the list for the beautiful month of May is the most scrutinized of the year. That subject, upstream, to many speculations on the field of possibilities. Has all kinds of conjectures. Traditionally, the names of the recipients for a Euro or a World Cup are then spelled out by the coach at prime time according to a ritual set like music paper. The one communicated, this Thursday, will therefore derogate from the rule. And for good reason, the World Cup in Qatar will only be held in the fall (November 21 to December 18). The scope of the announcement will therefore be less publicized, but not without lessons.

We will therefore know, at 2 p.m., the identity of the players selected for the group stage of the League of Nations with four matches on the menu, on June 3, 6, 10 and 13, against Denmark, Croatia, Austria and again Croatia. They should be 24 or 25. The prospect of playing 4 games in 11 days combined with the difficulty, in the event of injury, of calling back boys on vacation as reinforcements will, in all likelihood, encourage Didier Deschamps to expand his group. The first day of the rally is set for Saturday, May 28. The internationals operating in the Bundesliga ended their season on May 14, with the exception of Nkunku concerned by the German Cup this Saturday. Anticipating, the tricolor staff is therefore not inclined to leave them inactive for more than a week before returning to competition on June 3 against Christian Eriksen's partners.

Compared to March 2022, two executives are back: starting with Karim Benzema. Forfeited against Ivory Coast and South Africa, due to a left calf injury, the Madrid player, a year and a day after his recall to the Blues, undoubtedly completes the most successful exercise of his rich career. Benjamin Pavard, affected by the Covid in early spring, also logically finds his place in the group. For the rest, Deschamps and his staff will be part of a form of continuity. One of the main questions concerns Olivier Giroud. Recalled in March due to Benzema's package, the AC Milan striker will probably not be retained. This punctual choice in no way presages his possible presence in Qatar. Another world champion will most certainly be missed. Insufficiently recovered from his calf injury contracted on April 19 with Manchester, Paul Pogba has not resumed collective training and he will be missing.

Read alsoHis attachment to the jersey, his role as a substitute, his faith ... Olivier Giroud, back with the France team, confides

To replace him, Edouardo Camavinga, author of a first year full of promise with Real, is an option studied. Jordan Véretout, who has returned to AS Roma for a few weeks, is another. Among the Mars rookies, Jonathan Clauss and Christophe Nkunku (34 goals in all competitions with Leipzig) have a good chance of being renewed. William Saliba will also be there, even if Ibrahima Konate (Liverpool) makes an impression. Since September 2021, Deschamps has, moreover, largely regenerated his group by offering 9 players their first cap. The time no longer appears, however, for tests but for confirmations. If Nantes Randal Kolo Muani and Alban Lafont and Rennais Martin Terrier and Benjamin Bourigeaud, all pre-summoned, will be, even if it means arming themselves with patience, the regularity of Ousmane Dembélé with Barcelona (13 assists) n on the other hand, escaped no one.

1 Athletic creates the first supporters' club in... 2 Inflation: the opposition is getting impatient in... 3 A driver in critical condition after a serious accident... 4 Provincial elections: a battle of environmentalists... 5 Criticism of 'Mama Mou Comes Home' (2021):... 6 Charlotte Cardin cancels her concert at L'Impérial... 7 Land of the former Pro Gym: public consultation for... 8 Loto: a Landais wins the jackpot of 16 million euros 9 Car theft: Marner thanks supporters for their support 10 “Sumar”: the name chosen by Yolanda Díaz for... 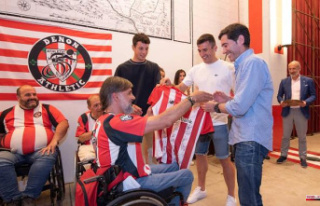