It was the death of a saxophonist that triggered the police trilogy that Domingo Villar began writing in 2006. 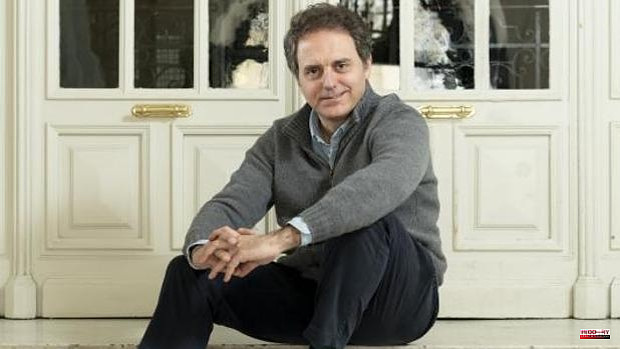 It was the death of a saxophonist that triggered the police trilogy that Domingo Villar began writing in 2006. The titles, 'Ojos de agua', 'La playa de los ahogados' and 'El úlitmo barco'. The protagonist, inspector Leo Caldas, accompanied by his assistant Rafael Estévez, who after three brilliant novels will now have to put on his trench coat: his creator, Domingo Villar, died this Wednesday after suffering a brain hemorrhage.

Anyone who has set foot on Samil beach, in Vigo, has seen the Toralla tower, on the island of the same name, which stands 21 stories above the Vigo estuary. Whoever has read 'Ojos de agua' also knows it from the inside: that's where the saxophonist's corpse appeared.

"Her books on the outside are noir novels, but on the inside a love letter to Galicia," says Ofelia Grande, director of Siruela, Villar's Spanish-language publishing house. Vigo, especially in the first two works, is one more character in the convoluted police plots, and Villar achieved something that no one had ever done before: «People come to see the scenes of the books, they want to sit at the bar table in which Leo Caldas sat”, recalls his friend and editor (in that order) Francisco Castro, from the Galaxia publishing house.

Castro remembers him as "a star," but of extraordinary humility. "Other stars are insufferable and unbearable." Not him, and that his novels sold hundreds of thousands of copies and were translated into English, German, Swedish or Italian. Vigo, thanks to him, gained international relevance, and despite his success he always had his feet on the ground: «In a few years, in addition to remembering Villar for his literature, we will also do so for the good person he was», concludes his friend and countryman.

Leo Caldas was created almost in a laboratory. A "perfect, round" character, indicate the editors of him. Villar "was a hyper-perfectionist," says Grande, and his last novel took 10 years to develop. He "he read aloud everything he wrote" over and over again, "in search of the most beautiful musicality," as Castro recalls. During that period, he delivered a first version of 'The Last Ship', but he wasn't convinced: "He remade it practically from the beginning", and it is a book that has 800 pages.

The first adventure of Leo Caldas takes place between cigarette smoke and a Vigo described, precisely, by a man from Vigo. "'Ojos de agua' rocked the landscape from top to bottom". This is how his editor, Castro, remembers that 2006, who assures that «no one achieved what Villar has achieved. Other Galician authors have come far », but no one has had so many readers so expectant for his next novel as him. The director of Galaxia recounts that when he gave him 'The Last Ship', Villar, convinced that "they had forgotten about him", asked his editor how many copies the first edition would have. "10,000," Castro told him, to which the novelist blurted out: "Are you crazy?!" "They sold out in a month and a half," he says.

Galaxia's phones rang during those 10 years, and on the other side of the line there were expectant readers asking about his novel. 10 years is a long time, and it would take its toll on any other author to spend so much time without publishing news. “People demanded the new book from us,” recalls Castro.

1 Ibon Navarro will continue to lead Unicaja 2 Frankfurt - Rangers: time, TV channel, predictions...... 3 Albares avoids supporting the candidacy of Ukraine... 4 Records that announce the worst 5 A 76-year-old man drowned on a beach in Torrevieja 6 Brussels proposes more participation of nuclear and... 7 A wheelchair is sought "as God intended"... 8 Chamber of Spain forecasts that GDP growth will slow... 9 Castilla-La Mancha will have 979 vocational training... 10 The Galician Parliament will appoint Feijóo as a... 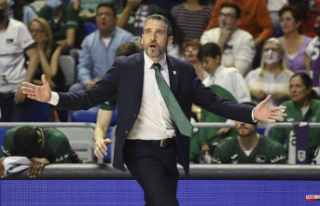