Chamber of Spain forecasts that GDP growth will slow to 2.8% in 2023 and inflation will fall to 3.3%

Employment will increase by 1. 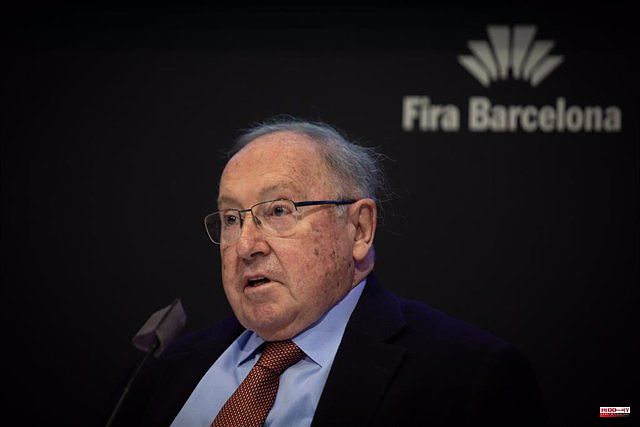 The Spanish Chamber of Commerce forecasts that the Spanish Gross Domestic Product (GDP) will increase by 2.8% in 2023, compared to the 4.3% growth forecast for this year, and estimates that the inflation rate will decrease in the next financial year significantly from the estimated 7.6% in 2022 to an annual average of 3.3%.

The explanation for this slowdown can be found, on the one hand, in the lower strength of investment in capital goods --whose increase will be half that of this year-- and, on the other, in the lower dynamism of the foreign sector.

In the first case, the expected rise in interest rates and the uncertainty associated with the current economic environment could slow down business investment decisions. On its side, the slower growth of the world economy will weaken international demand, which will have repercussions in a lower growth of Spanish exports.

All in all, the Chamber forecasts that the growth of the economy in 2023 will be based above all on domestic demand, which will contribute 2.5 percentage points to GDP growth. The growth of both private and public consumption will be at levels similar to those forecast for this year, 2% and 0.7%, respectively.

However, gross fixed capital formation will be less robust, with an expected increase of 2.7%, compared to the 4.5% forecast for this year, due to lower growth in investment in capital goods, which will be half than the estimate for 2022: 5.3% in 2023 compared to 10.6% in 2022. Investment in construction will maintain an increase rate of around 1.2%.

In this first approximation to the behavior of the Spanish economy in 2023, the Research Service of the Spanish Chamber of Commerce anticipates less dynamism in the foreign sector. Specifically, it forecasts that exports will increase by 4.5%, compared to the 11.5% estimated for the current year, while imports will increase by 4.4% instead of the 6.8% forecast for this year.

With regard to inflation, a significant moderation is expected in 2023, which will lead to an average growth of the CPI of 3.3% in the year as a whole compared to the 7.6% forecast for 2022. Likewise, the core CPI will drop from 4.1% to 3%.

In line with the lower rate of economic growth, a slowdown in job creation is also expected. Employment will increase by 1.9% in 2023 compared to the 3.2% forecast for this year, which will mean the creation of some 354,000 additional jobs. The unemployment rate will drop five tenths, to stand at an annual average of 13.4% in 2023.

As for the public deficit, a reduction of four tenths is expected, down to 5.5% of GDP.

1 Castilla-La Mancha will have 979 vocational training... 2 The Galician Parliament will appoint Feijóo as a... 3 Escrivá defends that employment plans can help "energize"... 4 Jack Ryan in the Canary Islands: they are not shots,... 5 Women managers represent 16.8% of the total and earn... 6 The Toledo College of Physicians congratulates Dr.... 7 Blanco expresses his "commitment" to present... 8 Albacete will have the first energy community in Castilla-La... 9 This is how the Valencia Metro network looks after... 10 Fire Prevention Week arrives in Toledo with free activities... 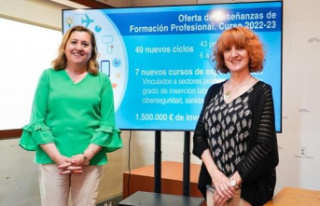 Castilla-La Mancha will have 979 vocational training...