Presents the REPower EU package to cut energy dependence on Russia that will require 210,000 million euros. 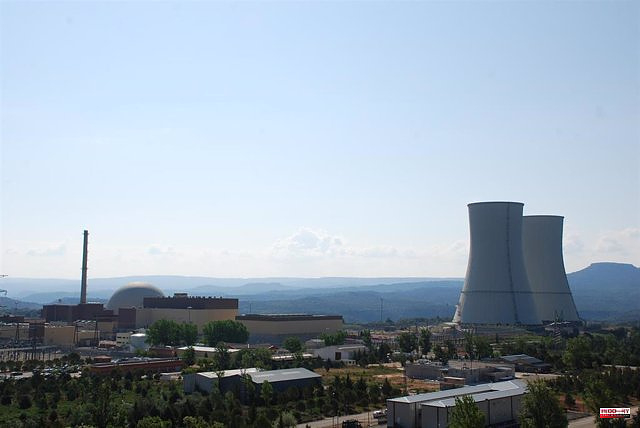 Presents the REPower EU package to cut energy dependence on Russia that will require 210,000 million euros

The European Commission has proposed this Wednesday to increase the participation of coal and nuclear power plants in the energy mix as part of the REPower EU package of measures, which aims to reduce dependence on Russian fossil fuels by two thirds during the current year. to eliminate imports from Moscow by the end of the decade.

"Today, we are taking our ambition to another level to ensure that we become independent of Russian fossil fuels as soon as possible," said the President of the Community Executive, Ursula von der Leyen, during the detailed presentation of the European plan.

Thus, the plan presented by the Community Executive proposes to reduce the participation of gas combined cycle plants in the energy mix, replacing it with energy produced from coal, which would increase its participation to 100 terawatt hours (tWh), 5% more than at present, and by nuclear energy, up to 44 TWh.

It would be, as community sources have explained, a temporary measure that is not expected to extend over time beyond 15 years, although it deviates from the line previously marked to reduce the participation of coal plants in the mix to achieve the goal of making the EU carbon central by 2050.

Brussels has indicated that to execute the REPower EU plan, the European Union will need an additional 210,000 million euros of investment until 2027 in order to increase the participation of renewables, diversify the energy supply of suppliers in the short term and promote energy efficiency to cut with Russia's energy dependency.

The plan presented by the Community Executive proposes to increase the contribution of renewable energies in the energy mix, in such a way that it proposes increasing its participation from the 40% currently marked for 2030 to 45%, which translates into 1,236 GW of clean energies for 2030 compared to the 1,067 initially proposed in the Fit for 55 package.

"REPower EU will help us save more energy, accelerate the phase-out of fossil fuels and launch investments on a new scale," detailed Von der Leyen, who added that it will accelerate the transition to clean energy.

In the long term, the Community Executive intends that solar and wind energy produce 66% of the electricity in the system in 2050, which means doubling the rate from the current 33%. In this framework, the objective is for wind power to represent 31% of the EU's energy production capacity and the bulk, 35%, come from solar energy.

Brussels will present, in this framework, an instrument for joint gas purchases at the community level, which follows the model applied to the joint purchase of vaccines during COVID, and to which it has opened the door to the participation of non-community countries such as Ukraine, Moldova or Georgia.

With this joint purchasing platform, it intends to improve the EU's bargaining power with suppliers and avoid direct competition between Member States, although community sources have explained that it is a tool that does not guarantee that a reduction in gas prices in the electrical market. FINANCING BY THE RECOVERY PLAN

The president of the Community Executive has detailed in a press conference that the plan will mobilize 300,000 million euros of investment, of which 75,000 will be in the form of subsidies and 225,000 through loans.

The Community Executive has opened the door for the financing required for the Repower EU plan to be channeled through the Recovery and Resilience Plan, using the loans not yet used under this plan and estimated at 225,000 million euros.

In addition, the plan will have additional financing in the form of subsidies in charge of the Emissions Rights Trading auction, for a value of 20,000 million euros.

1 A wheelchair is sought "as God intended"... 2 Chamber of Spain forecasts that GDP growth will slow... 3 Castilla-La Mancha will have 979 vocational training... 4 The Galician Parliament will appoint Feijóo as a... 5 Escrivá defends that employment plans can help "energize"... 6 Jack Ryan in the Canary Islands: they are not shots,... 7 Women managers represent 16.8% of the total and earn... 8 The Toledo College of Physicians congratulates Dr.... 9 Blanco expresses his "commitment" to present... 10 Albacete will have the first energy community in Castilla-La... 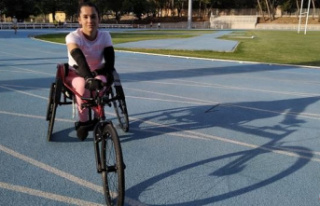 A wheelchair is sought "as God intended"...