A wheelchair as God intended to practice adapted athletics. 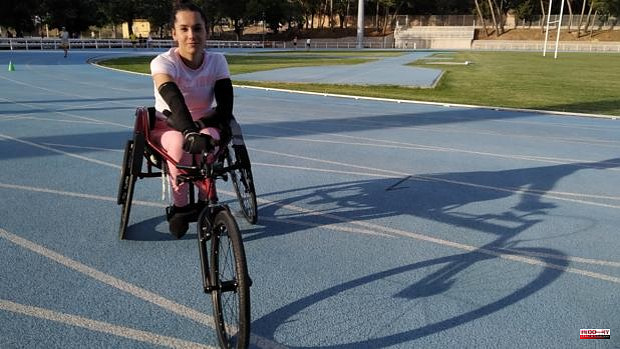 A wheelchair as God intended to practice adapted athletics. It is the contraption, valued at around 7,000 euros because it must be tailored to her, that Cristina Adrados Artal needs to progress in this sporting discipline. That of this 27-year-old woman from Toledo is a unique case in Spain, as she is the only athlete with cerebral palsy in the T34 category.

However, for months he has been training with a borrowed wheelchair that does not conform to his body and is too wide. “He has a spare chair,” Antonio Javier Ranchal, sports director of the Spanish Federation of Sports for People with Cerebral Palsy (Fedpc), releases without fuss. «It is a problem that we have with athletes when they start; there is no universal accessibility », he admits.

"I have cerebral palsy from birth," says Cristina, who has been practicing sports since "I can remember" and adapted athletics for a year. «From the Spanish Paralympic Committee they came to see me at the Paraplegic Hospital and suggested that I choose between several sports to compete at a national and international level. I chose athletics because it has always caught my attention. And they told me that I had many possibilities because, in my category, I would only be in all of Spain », she explains during a work break.

In the mornings, Cristina works as an administrative in the Collection area of ​​the Bargas City Council, where she will finish in December. In the afternoons, she trains with the sprinter Lucas Búa in Toledo, on the athletics track of the old School of Gymnastics. The two share her coach, Juan Antonio Rosique, who often jokes with her during the sessions.

«One day I saw Cristina on the track and I remembered that she was the girl I had seen every morning on Europa Avenue with a huge backpack on her way to school. She aroused tremendous admiration in me. So I asked her if she wanted to do something and we started the relationship, which for me is very satisfying and enriching », explains her coach. «She also serves Me as a reference in the face of any adversity and when any athlete complains about a small tendinitis, a nail...», he gives examples faking a complaining voice. «As a person, very good; as an athlete, he will have to prove it, because we haven't competed yet, "Rosique is honest.

This Saturday, Cristina will try to make the minimum mark in Leganés (Madrid), in the 100 and 200 meter tests, to be able to attend the Spanish Adapted Athletics Championship for clubs that will be held in Gijón on the last weekend of June.

It will be a feat if he succeeds with the training chair, which the Paralympic Relay project of the Valencian Community has lent him. “I have called a lot of places and there has been no way to get another one,” says Cristina, who traveled to Valencia to pick her up. "They did it in very good faith," acknowledges Ranchal, who ventures: "If he achieves the minimum mark with that chair, what won't he achieve when he has the appropriate one!".

That is why from their federation, where they do not have custom-made chairs, they are looking for ways of financing to buy one "as God intended" for Cristina. "She has gotten between our eyebrows," says her technical director.

They have submitted a proposal to the Higher Sports Council (CSD), although Ranchal expands the field and throws a glove: «It would be fantastic if a private company contributed the money, about 7,000 euros. And we, as a federation, are open to facilitating the advertising return that the company requires.

Cristina, who pays all her expenses, travels to Madrid at least once a month to train with her team, 'Run for you', at the Vallehermoso stadium. She does not dare to go to the capital in her mother's car, which is not adapted, and she has to ask for favors from people in her club, which promotes inclusive athletics. Thus, a colleague travels from the Spanish capital to Toledo to pick her up and then takes her home after training. In total, 320 kilometers in one afternoon.

She then questions why public institutions do not help her financially now that she is starting. «I understand that, since I have not yet competed as such nor have I achieved a minimum, she does not receive aid. But they do it the other way around: if they want me to practice, let them help me », she reasons. “Totally agree with her, one hundred percent,” Ranchal applauds.

Until she gets a chair to suit her, the athlete from Toledo will continue training on the athletics track with the borrowed one and also doing strength exercises with her personal trainer, Pedro Tomé.

“Cris is the person with the most positive energy I know; She is hardworking, responsible and she gives you priceless love. You always find her with a smile and super motivated. She likes to train her like this, and she will achieve everything she sets her mind to », says an enthusiastic Tomé from Lanzarote. In the Ironman of this Canary Island he will compete on Saturday; precisely the same day that Cristina tries, with an inappropriate chair, to get the minimum to travel to the Spanish championship in Gijón.

1 Chamber of Spain forecasts that GDP growth will slow... 2 Castilla-La Mancha will have 979 vocational training... 3 The Galician Parliament will appoint Feijóo as a... 4 Escrivá defends that employment plans can help "energize"... 5 Jack Ryan in the Canary Islands: they are not shots,... 6 Women managers represent 16.8% of the total and earn... 7 The Toledo College of Physicians congratulates Dr.... 8 Blanco expresses his "commitment" to present... 9 Albacete will have the first energy community in Castilla-La... 10 This is how the Valencia Metro network looks after... 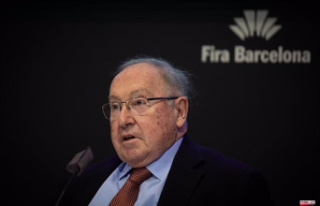 Chamber of Spain forecasts that GDP growth will slow...