Good perfume in a small bottle

A month before the start of the pandemic, John Eliot Gardiner conducted Beethoven's nine symphonies on consecutive days at the Palau de la Música Catalana. 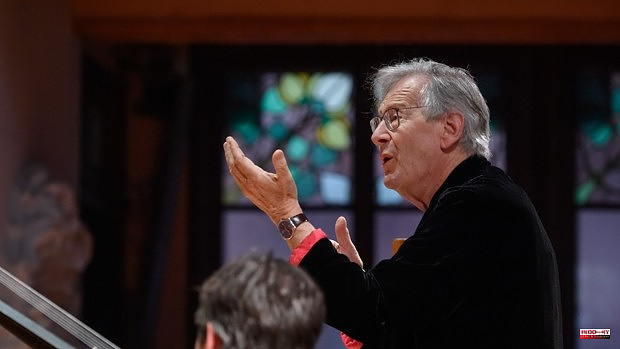 A month before the start of the pandemic, John Eliot Gardiner conducted Beethoven's nine symphonies on consecutive days at the Palau de la Música Catalana. The last time he was on the modernist stage, well, it was with a symphony orchestra and a large choir. Since then, he has been forced to cancel several concerts in the city, so it was expected that the public would come to fill the venue as it used to before the virus.

For the reunion, the British maestro chose a repertoire that was the opposite in terms of the number of musicians on stage, but with sky-high quality. On the occasion of the Schütz Year, he dusted off old scores that he recorded four decades ago, and left them shiny: his 'Musical Funerals' and various motets, completed with works by Schein and from whom he drank from both to bring German Baroque to his plenitude, Johann Sebastian Bach.

From the first part, two aspects stood out. On the one hand, the chance to see the English Baroque Soloists' ensemble of sackbuts in all their fullness, tinting the selection of funeral motets with their dark metal. The other, even more impressive, if possible, was the reunion with a Gardiner who was a retailer, in a small format, conducting his Monteverdi Choir 'a cappella' in an unforgettable version of Schein's 'Da Jakob vollendet hatte'. A festival of dissonances and chromatisms, painfully accentuated in the verse “Joseph auf seines Vaters Angesicht und weinet”, “José hugged his father and covered him with tears”. The gesture of the teacher, that love for detail, that connection with his musicians...

And that is precisely one of the best strengths for which Gardiner will be remembered. He not only demonstrates at each beat a perfect understanding of the springs of baroque rhetoric, but he is also capable of endowing it with the theatricality that each composer pursues with it. That dramatic sense permeated the entire performance of both Schütz's Funerals and Bach's misnamed 'Actus tragicus'. Only the beginning of the concert, with a notable mismatch and voices more shouted than solemn, hinted at some fissure in the choir, immersed in a renovation process that means that some soloists are still not as rounded as we would like, but in no case affects the sound of the ensemble.

And, for rhetoric, that of the chosen tip: 'Welt, Gute Nacht', «World, good night». A jewel of "another" Bach, in this case Johann Christoph, son of a cousin of Johann Sebastian's father. What a way to say goodbye after the expected reunion.

1 Inés Guillén, from Castile-La Mancha, new president... 2 Maduro visits Algeria in the midst of a diplomatic... 3 Repsol sells 25% of its renewables business to EIP... 4 Naturgy and Cepsa are following the conflict in Algeria... 5 Ibiza hosts for the first time the Cutty Sark Spirit... 6 A forged passport has the World Cup in suspense 7 Holocaust memorial chair thanks pope for opening archives... 8 Poland's PM urges for more coal to lower heating... 9 Pakistanis protest against India's remarks about... 10 Flooding of resale tickets for the Son do Camiño... 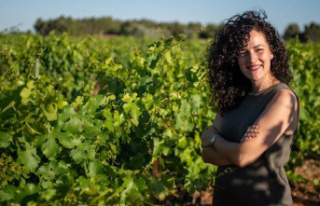