Within a week, Liam Gallagher, C. 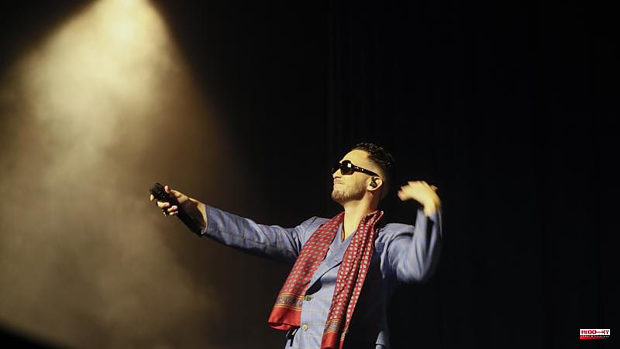 Within a week, Liam Gallagher, C. Tangana and Duki, among dozens of other international artists who complete the O Son do Camiño line-up, will take to the Monte do Gozo stages. The expectation is not low, and especially considering that it is the first macro-festival held in Galicia after the outbreak of the coronavirus. However, during these previous weeks, social networks have been filled with users announcing that they have their tickets for sale: "3-day pass for Son do Camiño is sold", users 'tweet'.

There are hundreds of advertisements from individuals with tickets for sale at cost price, but from the festival they are calm: "We are not worried at all," they assure ABC, indicating that they are clear that they are going to fill the venue with 120,000 people in three days.

But you can't ignore the obvious either, and they're aware that there's a lot of scalping going on. They consider it "normal" that people who bought the ticket two years ago and did not ask for the money back when it was allowed due to the pandemic now "have other plans."

The reality is that, in addition to the plans of the attendees, the festival poster also changed. In 2020 it was headed by Bad Bunny, one of the most famous artists of the moment, and his predecessor, Daddy Yankee. Now, although many bands still remain, Jhay Cortez or Anuel AA have been included to compensate for the lack of 'reggaetoneros'. Lorena is a young student of Environmental Sciences at UVigo (although she is studying it this year in Granada) trying to sell her subscription: "I bought the ticket before the pandemic and now I miss these two artists," she says. she. It is also true, she tells her, that this year she has her exams a week after the festival, and for her poster it is not worth sacrificing days of study.

Fran Fontán is also doing everything possible to find a buyer for his subscription: "It doesn't look good" in the face of such an amount of supply. In his case, she is working outside of Spain and changed "the dates on which I am going to return home." Logically, it was impossible to foresee this situation two years in advance. "People have new and unforeseen plans and want to get their money back, as is understandable," she declares from the festival.

There is a side business in live shows with ticket sales. In the editions of Son do Camiño, subscriptions have always sold out in a matter of hours, and at the time there were advertisements with tickets for sale at much higher prices. Now it is not the case. The great offer and the few days until the celebration of the festival leads individuals to put the tickets, at most, at cost price. The last thing they want is to be left with tickets that are not going to be used.

Carla Gómez, in fact, has them duplicated. At the time of the official sale, she didn't have time to get the full subscription; she had to settle for the ticket for Thursday. Now, after the barrage of scalping tickets, she already has her three-day pass. "Now I'm selling mine," she says. "Many people have spoken to me, but offering very little," she says, taking advantage of the desperation of the vendors a few days before the event.

1 Diario de Santo Tomé (7): A liter of oil and there... 2 Galician terraces where you can enjoy the views and... 3 The meeting on Siro moves from Valladolid to Madrid 4 Isabel Buleo Espada, new director of the Science and... 5 The exhibition 'Caminos de Hierro' arrives... 6 Sawdust rugs return to Elche de la Sierra, which can... 7 Erdogan, Turkey's President, has declared that... 8 They were recorded circulating along a protected beach... 9 The parties after the EvAU in the Complutense: neither... 10 Eleven arrested in a 'macro raid' against... 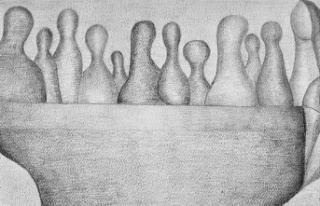