Inés Guillén, from Castile-La Mancha, new president of the Working Group of Youth of Agro-food Cooperatives of Spain

Last May, the Working Group of Young Cooperatives of Agro-Food Cooperatives of Spain was formed, made up of young farmers and ranchers from most of the Autonomous Communities. 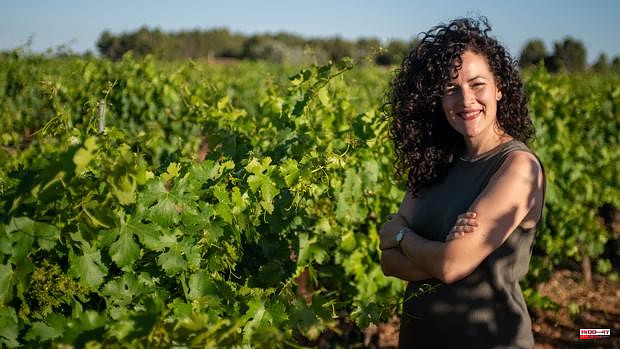 This new Working Group aims to make visible the group of young cooperative members, who will now have a body to propose measures and propose new projects, both within the internal framework of the Organization and with a view to achieving unity of action before the different administrations.

In addition, the Group will create a network of exchange and synergies between the group of young people and will develop actions to guide cooperatives to adapt to the needs of future members and thereby improve generational change.

At the same time, the new body will try to promote the incorporation of young people into the sector and especially encourage them to participate in cooperatives, in order to train the potential cooperative leaders of tomorrow.

To date, this Working Group of Young Cooperatives is made up of members of the Federations of Agro-food Cooperatives of Galicia, Aragon, Castilla-La Mancha, Extremadura, Balearic Islands, Navarra, Asturias, Andalusia, Valencia and Castilla y León.

The Working Group has dedicated part of the meeting to the design of the actions that will be promoted throughout 2022. Firstly, in the next organization of a webinar to present the program of training stays in model host farms (Cultiva 22) to young people from all over Spain, a program that will soon be launched by the Ministry of Agriculture, Fisheries and Food.

Inés Guillén is from Pedro Muñoz (Ciudad Real), she is 35 years old and is currently the manager of the Vitivinícola San José cooperative Sociedad Cooperativa de Castilla-La Mancha in Herencia, a first-grade cooperative dedicated mainly to the production of wines and musts in bulk.

Guillén has lived cooperativism since childhood "because my grandfather was a founding member, my parents are members and, now, I am also a member myself". She obtained a Diploma in Tourism from the University of Alicante and then studied a postgraduate degree in Winery Management and Wine Marketing at the University of Castilla-La Mancha. For 11 years he has been fully dedicated to working at the San José Cooperative, where he performs management and administrative tasks.

In 2007 she was elected spokesperson for the Group of Young Cooperatives of Agro-food Cooperatives Castilla-La Mancha. "I firmly believe in cooperative principles, in the strength of its partners and in commitment and effort as the main assets of success," she highlights.

1 Maduro visits Algeria in the midst of a diplomatic... 2 Repsol sells 25% of its renewables business to EIP... 3 Naturgy and Cepsa are following the conflict in Algeria... 4 Ibiza hosts for the first time the Cutty Sark Spirit... 5 A forged passport has the World Cup in suspense 6 Holocaust memorial chair thanks pope for opening archives... 7 Poland's PM urges for more coal to lower heating... 8 Pakistanis protest against India's remarks about... 9 Flooding of resale tickets for the Son do Camiño... 10 Diario de Santo Tomé (7): A liter of oil and there... 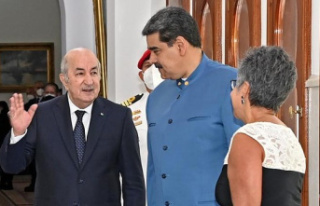 Maduro visits Algeria in the midst of a diplomatic...