Naturgy and Cepsa are following the conflict in Algeria with concern

The Spanish energy sector is following Algeria's decision to break diplomatic and commercial relations with Spain with concern. 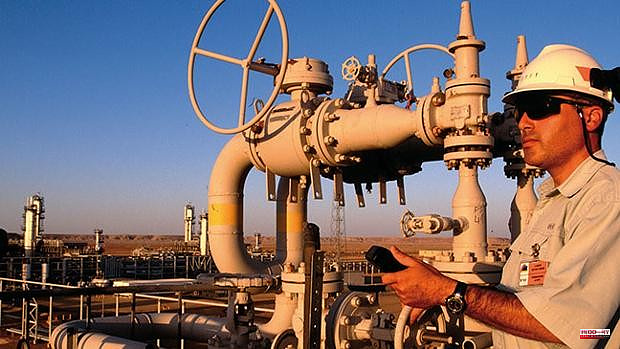 The Spanish energy sector is following Algeria's decision to break diplomatic and commercial relations with Spain with concern. Cepsa and Repsol have important oil and gas deposits in that country and Naturgy has million-dollar gas supply contracts.

Sources from these companies have stated that "there is no news" in their respective activities and that they continue to work normally.

Naturgy has been negotiating with the Algerian authorities for months to update the contracted gas prices until 2032 and which is valued at around 12,000 million euros. The talks began months ago at the request of Sonatrach, the Algerian state energy company, and Naturgy has assumed the price increase. "Thinking about a drop in prices is being out of the world," said the president of the Spanish group, Francisco Reynés, a few weeks ago.

In addition, it must be remembered that in October 2020 Naturgy obtained a downward revision of Algerian gas prices given that they had collapsed in international markets due to the drop in demand due to the pandemic. And that Sonatrach is a historical partner of the Spanish group. It even owns 4% of its capital and both share the ownership of the Medgaz gas pipeline (51% Sonatrach and 49% Naturgy).

The first gas supply contract between Algeria and Spain was signed in 1972 and two years later the first methane tanker arrived at the Barcelona regasification plant, the only one on the Peninsula.

In any case, the diplomatic crisis should not lead to a gas supply problem from Algeria, although imports from this country have decreased in recent months. In April they represented 23.4% of the total and, in the last twelve months, 35.8%, according to Cores. Percentages that are far from the 42.8% of 2021. For a few months, the United States has surpassed Algeria as the first supplier of gas to Spain. It should also be noted that Italy has strengthened its gas ties with Algeria and two months ago snatched the "preferred partner" label from Spain.

At this point we must not forget that at the end of October Algeria closed the Maghreb gas pipeline to punish its neighbor Morocco. But the measure is going to turn against the Algerians themselves, since Spain has authorized Morocco to send certain quantities of gas through that gas pipeline for its own consumption.

Repsol has been present in Algeria since 1973, developing different gas exploration and production projects. It has a permanent office in the capital, Algiers.

The equity exposure in Algeria also increased last year to 505 million euros (434 million in 2020), according to reports from the oil company.

As for Cepsa, it landed in that country in 1987 and carries out its activity in the Ourhoud (ORD), Rhourde El Krouf (RKF), Timimoun and Bir el Msana (BMS) oil fields. Its production exceeds 137,000 gross barrels.

1 Ibiza hosts for the first time the Cutty Sark Spirit... 2 A forged passport has the World Cup in suspense 3 Holocaust memorial chair thanks pope for opening archives... 4 Poland's PM urges for more coal to lower heating... 5 Pakistanis protest against India's remarks about... 6 Flooding of resale tickets for the Son do Camiño... 7 Diario de Santo Tomé (7): A liter of oil and there... 8 Galician terraces where you can enjoy the views and... 9 The meeting on Siro moves from Valladolid to Madrid 10 Isabel Buleo Espada, new director of the Science and... 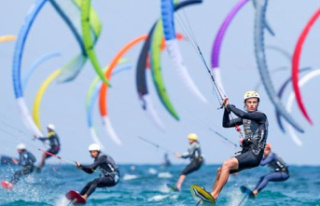 Ibiza hosts for the first time the Cutty Sark Spirit...