A forged passport has the World Cup in suspense

Spain already knows what the thing is about. 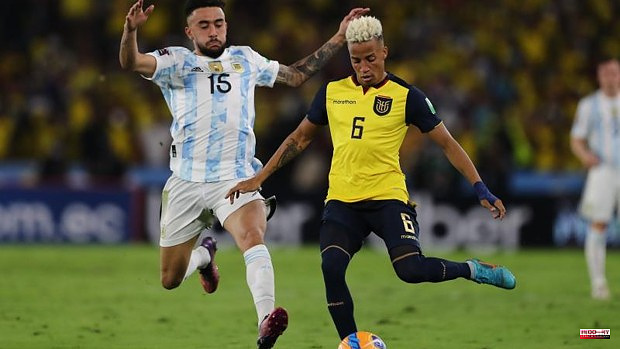 Spain already knows what the thing is about. But in rugby. The team was left out of the World Cup in the offices after having obtained their ticket on the field. And all because of a falsified documentation, that of Gavin Van den Berg, who is South African and played as a Spaniard. Romania complained and the international federation agreed. Soccer is now experiencing a similar process: Ecuador is accused of improper alignment for playing with Byron Castillo, who, according to several documents, is actually Colombian. FIFA must now decide whether or not to expel the South American team from the tournament. Chile, the denouncing country, claims its place.

So Qatar 2022, who thought he only had two places pending (Australia or Peru, who play on Monday; and Costa Rica or New Zealand on Tuesday, to reach the Spanish group), is still in suspense for a third.

The allegedly irregular lineup of Colombian Byron Castillo has Ecuador hanging. FIFA is expected to make a statement today. Although the regulations do not specify a punishment for this infraction, the denouncing team, Chile, trusts that it will consist of taking the points from the Tricolor of the matches played with the player in their ranks. This is how the Red would pass.

It would be more complicated to eliminate Ecuador and see how the final classification of the South American Qualifiers was: Peru, fifth, would enter directly; and Colombia, sixth, should play the playoff against Australia. Italy aspires that if Ecuador is dropped, its place will be occupied by the eliminated team with the best ranking. In other words, Italy itself. If only the player is punished, everything would remain the same. FIFA has the word and its firmness so that its regulations are complied with. All evidence has already been deposited and evaluated.

On Tuesday, the Brazilian lawyer Eduardo Carlezzo, who defends the interests of Chile, gave a conference at the ANFP (Chilean National Football Association) in which he detailed the evidence against Ecuador and his conclusions: that Castillo is Colombian, that Ecuador he made a mistake and that he should be out of the World Cup: “It would be scandalous if FIFA does not consider all this burden. I have been representing almost a thousand cases in FIFA for 20 years and rarely have I seen such a heavy burden of proof. It's a lot."

The final structure of the Qatar World Cup groups depends on the decision adopted by FIFA. Against the initial resolution of the body, it is possible to appeal.

1 Holocaust memorial chair thanks pope for opening archives... 2 Poland's PM urges for more coal to lower heating... 3 Pakistanis protest against India's remarks about... 4 Flooding of resale tickets for the Son do Camiño... 5 Diario de Santo Tomé (7): A liter of oil and there... 6 Galician terraces where you can enjoy the views and... 7 The meeting on Siro moves from Valladolid to Madrid 8 Isabel Buleo Espada, new director of the Science and... 9 The exhibition 'Caminos de Hierro' arrives... 10 Sawdust rugs return to Elche de la Sierra, which can... 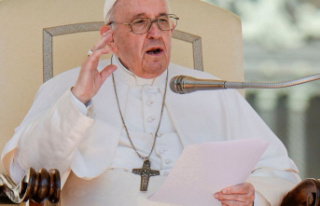