National and international sailors of this Olympic modality will arrive next Friday in the largest of the Pitiusas to dispute the podium of the Cutty Sark "Spirit of Adventure" FKSS 2022 Ibiza, organized by the Santa Eulalia Yacht Club, the Balearic Sailing Federation and the Formula Kite Spain Series in collaboration with the Consell de Eivissa. 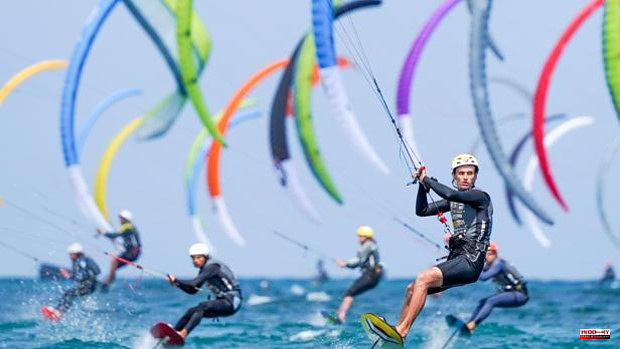 National and international sailors of this Olympic modality will arrive next Friday in the largest of the Pitiusas to dispute the podium of the Cutty Sark "Spirit of Adventure" FKSS 2022 Ibiza, organized by the Santa Eulalia Yacht Club, the Balearic Sailing Federation and the Formula Kite Spain Series in collaboration with the Consell de Eivissa.

The crystal clear waters of Cala Martina in Santa Eulalia del Río will be in charge of receiving for the first time on the island the fleet of this new Olympic sailing class that has already attracted international level sailors from four continents after passing through Mallorca, Gijón and Palamos.

In the queen category, the Spanish Alejandro Climent will defend his leadership in the general classification.

Climent, current champion of Spain and winner of the Cutty Sark “Spirit of Adventure” FKSS 2021, seeks to revalidate his title this year, placing himself at the top of the general classification, more than 50 points behind the second position, defended by the Swiss Margot Folgado.

On the other hand, Pau Soler from Barcelona and the young sailor from the Real Club Nàutic Port de Pollença Àngel Candel will continue to fight for the leadership of the Advanced category in Ibiza at a distance of only two points.

Victor Buenavida arrives on the island of Ibiza with his sights set on defending his position in the F-one Amateur category tooth and nail. The Catalan, who arrived at the Cutty Sark “Spirit of Adventure” FKSS this season, was placed at the top of the classification in his category after his excellent results in the Gijón and Palamós regattas.

Toni Colomar Torres, director of the sailing section of the Santa Eulalia Yacht Club, “helping to organize events like this is always a great opportunity for any club and hosting the fourth stop on the national Formula Kite circuit is a bet for the future. In Santa Eulalia we have very good conditions to sail in this new Olympic class and we are sure that we are going to see a great show in Cala Martina during the next few days”.

Asier Fernández de Bobadilla, Director of Olympic Preparation of the Royal Spanish Sailing Federation “these events offer us a very good thing by making known the most current face of our sport. Until now, everyone thought of sailing with a boat and a sail rigged to a mast, but the reality is that of the ten Olympic classes, five already fly... and this is the present. With events like the one we are going to be able to see this coming weekend in Santa Eulalia we are giving people the opportunity to see what sailing is today and its spectacular nature”.

Sergio W. Smit, Director of the Cutty Sark “Spirit of Adventure” FKSS 2022, “coming to Ibiza with the circuit is a privilege. We are convinced that the sailors are going to really enjoy sailing in these waters and that both fans and the public that come to Cala Martina are going to be able to see the spectacle of sailing flying over the water at more than 30 knots of speed. The great reception we have had since the first meetings we had with the Consell de Ibiza and the Santa Eulalia Yacht Club at the end of last year have resulted in the event becoming a reality and I am convinced that this stop on the circuit has come to stay on the island for many years.

1 A forged passport has the World Cup in suspense 2 Holocaust memorial chair thanks pope for opening archives... 3 Poland's PM urges for more coal to lower heating... 4 Pakistanis protest against India's remarks about... 5 Flooding of resale tickets for the Son do Camiño... 6 Diario de Santo Tomé (7): A liter of oil and there... 7 Galician terraces where you can enjoy the views and... 8 The meeting on Siro moves from Valladolid to Madrid 9 Isabel Buleo Espada, new director of the Science and... 10 The exhibition 'Caminos de Hierro' arrives... 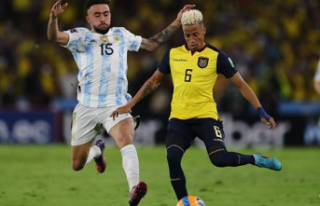 A forged passport has the World Cup in suspense