From "reliable partner" to "extraordinary relationship": what Sánchez and Albares said about Algeria before the disagreement

Although two months have passed since the change in Spain's position regarding the Sahara became known, the country continues to suffer consequences of that decision by the Sánchez government. 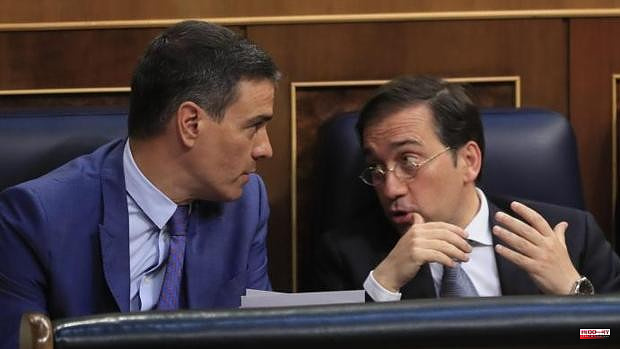 Although two months have passed since the change in Spain's position regarding the Sahara became known, the country continues to suffer consequences of that decision by the Sánchez government. This Wednesday, Algeria announced the rupture of the Treaty of Friendship, Good Neighborhood and Cooperation that both countries signed in 2002, 20 years ago. Likewise, hours later, it also prohibited commercial operations with Spain. All of this while Sánchez – in the morning during his appearance on relations with Morocco – took pride in his turn regarding the Sahara: "The balance is positive," he affirmed.

Since the change in the Sahara was announced, on numerous occasions the President of the Government, Pedro Sánchez, and the Minister of Foreign Affairs, European Union and Cooperation, José Manuel Albares, have been asked about the state of relations with Algeria and whether the decision on the situation with Morocco would affect them.

From the Government they have always reiterated that Algeria is "a reliable partner" and have spoken of a "privileged relationship" and "extraordinary" between the two countries.

Just yesterday, after learning of Algeria's decision to break the Treaty of Friendship with Spain, Minister Albares regretted the announcement but insisted that "the Government's will is to maintain the best relations with Algeria." He also stated that the Algerian government "is known for being a reliable partner and that" it has given us guarantees ".

A few words that the head of Foreign Affairs has reiterated on several occasions. At the end of a European Affairs Minister's Council last March, Albares stated that "Algeria is a solid, strategic and reliable partner", when asked if Algiers had been informed about the change with respect to the Sahara. However, on this issue weeks later he avoided commenting and did not answer questions about Morocco or Algeria.

"I can only have good words for Algeria because it has shown that its strategic partnership is solid," Albares said on another occasion, highlighting the relationship between Spain and Algeria in a context such as the one Europe is experiencing with the war in Ukraine. On the Sahara issue, he remarked that "it will not affect the relationship with Algeria, and it will not lead to an energy conflict."

"Algeria is a strategic, priority and reliable partner, with whom we intend to maintain a privileged relationship," the Foreign Minister also declared.

For his part, the President of the Government, Pedro Sánchez, has also expressed the good state of the relationship with Algiers. "With Algeria we have extraordinary relations, for Spain it forms a strategic relationship, they are allies and we will continue to be so for the next few years," said Sánchez on March 23.

1 Del Rivero accuses the judge of doing "sleight... 2 Spain evacuates 2,000 people in a race against the... 3 Concerns about Cholera in an Occupied Ukrainian City... 4 The prudent strategy of Marc Márquez 5 Two valuable works of art stolen in Italy recovered... 6 Nissan closes a new collective agreement until 2024... 7 Thirteen arrested for defrauding 500 people in the... 8 The Chair of the Tagus denounces the "alarming... 9 They arrest a woman for stealing jewelry and money... 10 Antonio Pérez Cadalso, chosen best seller of the... 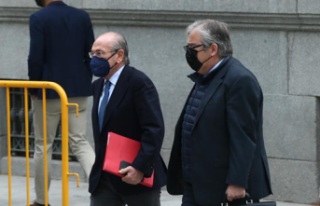