The Civil Guard, in a joint operation with the National Police, within the framework of the 'Farquad-Fallout-Ambar' operations, has dismantled a criminal organization dedicated to fraud in the sale of vehicles over the internet. 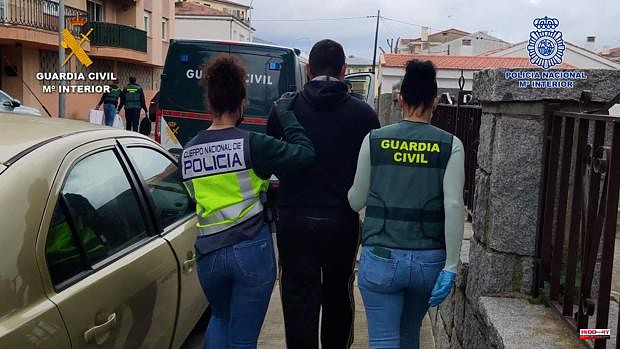 The Civil Guard, in a joint operation with the National Police, within the framework of the 'Farquad-Fallout-Ambar' operations, has dismantled a criminal organization dedicated to fraud in the sale of vehicles over the internet. This criminal organization would have defrauded about 2 million euros from more than 500 people throughout the national territory.

There are a total of 13 detainees who are charged with the crimes of criminal organization, false documentation and usurpation of marital status. Another 16 people have also been investigated.

The investigation began in February 2021, thanks to the complaints of two citizens presented at the Civil Guard posts in Brihuega (Guadalajara) and La Carolina (Jaén), the Civil Guard reported in a press release.

The victims had tried to purchase a vehicle advertised on a website and after paying part of it, they had received no response. The agents were able to verify the existence of a criminal organization specialized in committing online fraud crimes that would have affected a large number of victims throughout the national territory.

This criminal organization advertised all kinds of vehicles (cars, motorhomes, motorcycles, tractors) on a website designed for that purpose. They were offered for sale by the auction method.

Once the victim deposited the money, the communication was cut off and he never received the offered vehicle. During the investigation, more than 20 web pages that this organization used to commit the scams were tracked.

Likewise, a wide and complex network of current accounts was detected, opened both in Spain and in other countries, in the name of third parties with false and usurped identities in some of them. Illicitly obtained money was continuously moved in these accounts, with the intention of erasing its trail and making it difficult to locate it.

The final destination used to be current accounts opened in third countries of the European Union.

The operation culminated last March with two house searches carried out in Coslada and El Escorial where 13 people were arrested and another 16 investigated.

The agents seized a large amount of telephone cards, mobile phones, computer equipment and abundant documentation that is still being analyzed by investigators today.

The leaders of the organization adopted many security measures, masked their activity on the Internet to make it difficult to identify them, and spent long periods abroad.

With the dismantling of this criminal group, an organization that had been operating in Spain since 2019 has been dismantled, a time in which they would have committed countless criminal acts that are still being quantified.

Only in relation to crimes of fraud exceed 300 crimes carried out throughout the national territory, resulting in about 500 victims being affected, estimating the amount defrauded around 2 million euros.

Those responsible for the organization, and another leader of the next level in the hierarchy, have been placed at the disposal of the Court of First Instance and Instruction number 1 of La Carolina (Jaén), whose head in charge of the investigation decreed their entry into prison.

1 The Chair of the Tagus denounces the "alarming... 2 They arrest a woman for stealing jewelry and money... 3 Antonio Pérez Cadalso, chosen best seller of the... 4 The Interior doctor arrested for the second time after... 5 The Bank of Spain issues a warning about some payment... 6 Diego López is no longer at Espanyol 7 Beck, the technological hippie who became a rockstar 8 Alba buys 37% of the Facundo Group for 22 million... 9 Perelló Tomato Fair 2022: Tardeo Remember Festival... 10 Miguel Ángel Mira, the eldense with muscular dystrophy... 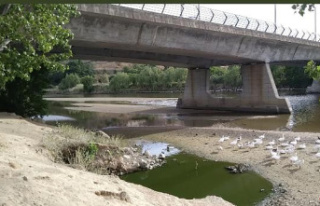 The Chair of the Tagus denounces the "alarming...