Antonio Pérez Cadalso, chosen best seller of the ONCE of Castilla-La Mancha in 2021

Antonio Pérez Cadalso has been recognized as the best seller of the ONCE of the year 2021 in the field of the Territorial Delegation of Castilla-La Mancha. 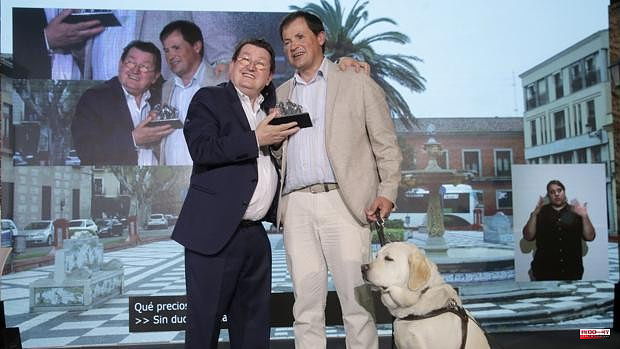 Antonio Pérez Cadalso has been recognized as the best seller of the ONCE of the year 2021 in the field of the Territorial Delegation of Castilla-La Mancha. An award with which the organization annually recognizes the effort of the workers dedicated to the sale of its different responsible lottery products, as well as the attitude in their job, the involvement with customers or the commitment to the social work of the ELEVEN.

Antonio, 50 years old and visually impaired, along with the other 21 vendors selected from all over Spain, received his award during a gala dinner held on Friday, June 3, at the Hotel Ilunion Pío XII in Madrid, where all were accompanied by the heads of the organization.

Antonio is a well-known vendor in Talavera de la Reina, a municipality where he works in a kiosk with his inseparable 'Sunny', his guide dog that leaves him neither in the sun nor in the shade. A follower of Queen's music, his favorite song is 'Bohemian Rhapsody' and he is an admirer of Rafa Nadal, especially because of his spirit of improvement. And it is that Antonio is a man of great challenges, thus being the only possible explanation for some of the great achievements he has achieved, since he has been cycling world champion in 1994, both on the track and on the road, and has also achieved climbing several mountains of more than 6,000 meters and some 7,000 such as 'El Ojos Del Salado', in the Atacama desert, in Chile, in 2008.

As is tradition, the motto chosen for the 2021 ONCE Best Sellers gala was 'Good People ONCE', and it passed under the values ​​of talent, perseverance, solidarity, enthusiasm, respect, equals, union, closeness , sympathy, ingenuity and commitment.

These are, precisely, some of the values ​​that ONCE takes into account when selecting those salesmen and women who have stood out throughout the year, in addition to their own performance of their work, their attitude in the position, their degree involvement in the institutional life of the organization and its commitment to social work.

With this annual ceremony, ONCE makes a special recognition to these 22 workers who have shown their effort throughout the year and, by extension, to the more than 19,000 salespeople of the Organization who currently make up the main sales channel of its products.

The spirit of this recognition of their work was summed up by Miguel Carballeda, president of the ONCE Social Group, in a single sentence at the end of the gala, when he told them: "Keep being good people ONCE, good people, because ONCE needs you."

1 The Interior doctor arrested for the second time after... 2 The Bank of Spain issues a warning about some payment... 3 Diego López is no longer at Espanyol 4 Beck, the technological hippie who became a rockstar 5 Alba buys 37% of the Facundo Group for 22 million... 6 Perelló Tomato Fair 2022: Tardeo Remember Festival... 7 Miguel Ángel Mira, the eldense with muscular dystrophy... 8 Three women arrested for forcing a minor into prostitution... 9 The rattle of the Cathedral will ring in the concert... 10 Amparo Blázquez, Carmen Macareno, Patricia Pérez... 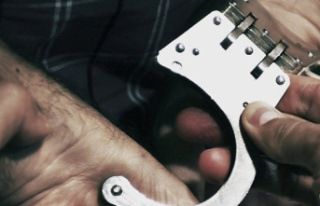 The Interior doctor arrested for the second time after...