The prudent strategy of Marc Márquez

Haste is a bad adviser and Marc Márquez has learned it the hard way. 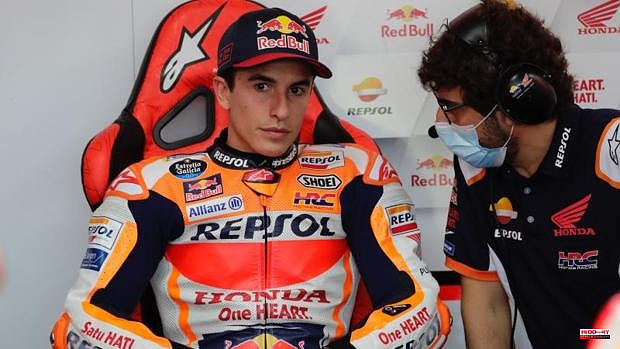 Haste is a bad adviser and Marc Márquez has learned it the hard way. For this reason he now does not want to stumble over the same stone and pays prudence after having undergone surgery for the fourth time on his right arm. The pilot underwent surgery last week in the United States by Dr. Joaquín Sánchez-Sotelo, from the prestigious Mayo Clinic. The goal was to physically return to one hundred percent next season and put an end to all the problems he has suffered since he crashed in Jerez in 2020. After landing in Spain, Alberto Puig, director of the HRC Repsol Team, wanted to convey calm and satisfaction by the result of the surgical intervention. “The operation went well, Dr. Sánchez Sotelo was very happy and Marc is now back in Spain.

You will begin your recovery slowly, following your doctor's instructions. We are very happy that he is back home and can start thinking about the recovery of his right humerus. It's good when you can get home quickly from the hospital, which limits the time away from home."

Puig also wanted to make it clear that Márquez will not be forced to return as soon as possible, since the measure has been taken with next season in mind and they do not want to set dates. «The doctor said that Marc needs to go step by step with periodic controls together with doctor Samuel Antuña in Spain. Both medical teams are working closely together, and this is very important," explained the executive, who added: "They will be evaluating the situation more or less every two or three weeks. The priority now is bone healing and avoiding major complications."

Honda has decided that it will be Stefan Bradl who will replace M´arquez while the man from Lleida cannot compete. In fact, the German already ran this past weekend in Montmeló. "When you're a test driver like Stefan and suddenly you're racing, you have to change your mindset. You go from doing a certain type of work with a certain motorcycle and training in a certain way to being a MotoGP rider again," says Puig, who made reference to Bradl's crash at the Catalan Grand Prix: "Unfortunately, he crashed and he has some pain from the crash, especially in his knee, but he was able to complete laps during the test on Monday and help Honda with the new things we had.

1 Two valuable works of art stolen in Italy recovered... 2 Nissan closes a new collective agreement until 2024... 3 Thirteen arrested for defrauding 500 people in the... 4 The Chair of the Tagus denounces the "alarming... 5 They arrest a woman for stealing jewelry and money... 6 Antonio Pérez Cadalso, chosen best seller of the... 7 The Interior doctor arrested for the second time after... 8 The Bank of Spain issues a warning about some payment... 9 Diego López is no longer at Espanyol 10 Beck, the technological hippie who became a rockstar 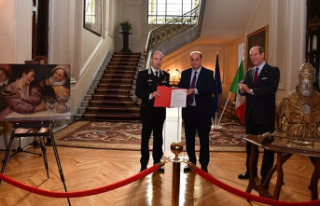