In the cultural world, there is life beyond Madrid, and summer is a great time to show it. 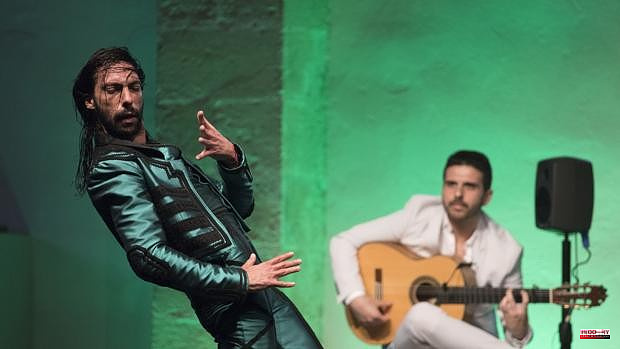 In the cultural world, there is life beyond Madrid, and summer is a great time to show it. To do this, the Summer Scenes Festival returns, which will bring more than 400 free activities of dance, theater, music, art, circus, cinema and flamenco aimed at all audiences to 110 municipalities in the Community of Madrid.

From July 1 to September 11, this "proximity meeting will be held, aimed at all audiences, in which we want to take Culture with capital letters beyond the capital," explains the councilor Marta Rivera de la Cruz. It is the third edition of this festival, which also includes exhibitions, summer cinema, dramatized visits and workshops for the whole family.

The illustrator Naranjalidad has been in charge of the image of the festival, an evocative figure of a woman silhouetted against a starry sky of fireworks. The program will not leave anyone indifferent: there are puppets, folklore, acrobatics, a good number of companies from Madrid, the national premiere of 'Noche de gloria', by the Teresa Hernández Flamenco Company and Marina Perea; or the premieres in Madrid of 'Heliko' (El Sidral) and 'Madame Roulotte's Holidays' (La Bleda).

To start, there will be a historical recreation of the Liberation of San Lorenzo de El Escorial throughout the War of Independence. And there will be a flashmob by Cádiz-born bailaor Eduardo Guerrero, who will invite everyone who comes to Torrelaguna's main square to start off with bulerías.

There will be co-productions from the Community of Madrid, such as 'Ethos', 'Isabella's journey', The guardian of words' or 'Carretera y manta', contemporary dance by Elías Aguirre, and traditional music and dances by groups such as Ursaria and Arrabel. The circus shows 'Bowa's Travels' and 'Syncopated Prowess' will complete the offer.

In the musical aspect, the Scenes festival includes the Classics in Summer, which this year celebrates its 35th edition and organizes a musical cycle in municipalities with less than 2,500 inhabitants, using emblematic spaces as stages, including castles, churches or monasteries. Outstanding examples are the performances of Emilio Moreno, Josetxu Obregón or Concerto 1700.

With a special character, for the Canonization of San Isidro, there will be a performance by the vocal ensemble Egeria, with a musical repertoire and the program 'Sanctum virum Isidorum'.

Within the El Escorial International Summer Festival, performances by the Spanish singer María José Llergo, Alba Molina and Pepe Rivero, and the renowned American pianist Lucille Chung, among others, are planned.

And from July 22 to September 11, art will return to the squares of the eleven towns in the region: Buitrago del Lozoya, Chinchón, Manzanares el Real, Navalcarnero, Nuevo Baztán, Patones, Rascafría-El Paular, San Martín de Valdeiglesias , Torrelaguna and Villarejo de Salvanés. There you can see performances and activities by artists such as Elisa Miravalles, Silvi ManneQueen, Nacho Gamma, Paz Alberta and Bea Lobo.

In terms of exhibitions and workshops, the Picasso Museum-Eugenio Arias Collection, the Nuevo Baztán Interpretation Center, the Cervantes Birthplace Museum, the CA2M Museum, the Young Art rooms, Alcalá 31 and Canal de Isabel II are offered , the Lope de Vega House Museum or the El Águila Complex, with the Català-Roca exhibition.

Scenes of Summer also hosts the second edition of the historical and heritage film cycle 'El Águila se Mueve'. The selection of films, which can be seen until July 2, recovers four classics that will be screened in original 35-millimeter formats, and pays tribute to some of the most outstanding figures of our cinema such as José Luis López Vázquez or Tony Leblanc, whose centenary is celebrated in this 2022, along with Francisco Rabal, Lola Flores, Carmen Sevilla or Paquita Rico.

1 Towards a more sustainable wardrobe 2 Jesús García Fernández, mayor of Ugena for 6 years,... 3 Felipe Sicilia, loyal to Adriana Lastra, one of the... 4 Turull (ERC) calls on the ERC to take advantage of... 5 Arrested for committing 142 robberies with force in... 6 Five men are tried for sexually abusing two internal... 7 Pol Espargaró withdraws from the Dutch Grand Prix 8 The lordship of María Pagés 9 Test your musical knowledge before the great Cadena... 10 From Sydney, Virginia or Chile to Valladolid to compete... 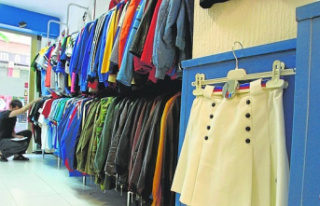 Towards a more sustainable wardrobe