The lordship of María Pagés

When one sits in the seat to attend a show by María Pagés, one does so with the certainty that one is going to see a serious work in the dramatic aspect and very careful in the formal aspect. 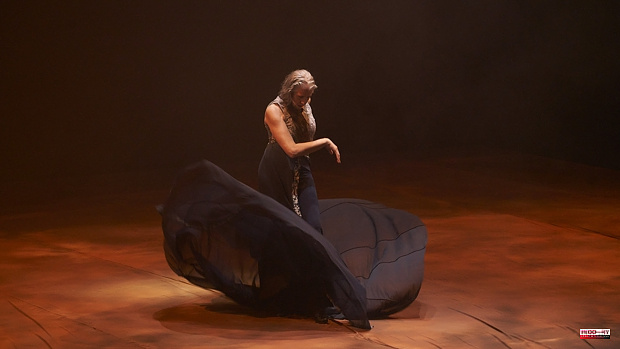 When one sits in the seat to attend a show by María Pagés, one does so with the certainty that one is going to see a serious work in the dramatic aspect and very careful in the formal aspect.

That as little. And the Sevillian bailaora never disappoints in this respect. 'De Sheherazade' is the title of her new show, which she gave birth to a few weeks ago at the Liceo in Barcelona and which has now arrived at the Teatros del Canal, before traveling to the Granada Festival and continuing on tour.

The character in 'Sheherazade' refers to an exotic and mysterious Orient, that of the thousand and one nights, but María Pagés -and her right-hand man, the poet and playwright El Arbi El Harti- have fled from clichés to create a purely flamenco show (purity, like beauty, is inside); with Arab reminiscences, yes, but with a very clear maxim: less is more.

There are many words, wrapped in the magic of cante, and many ideas in this show. It doesn't tell the story of Sheherazade - at least it doesn't tell it in a 'traditional' way - but it presents her as the incarnation of many women, of all women. María Pagés surrounds herself with a completely female dance corps, which is both a mirror and an extension of the bailaora herself. She embodies a powerful femininity -more than empowered-, rebellious, firm, but also delicate and insecure.

María Pagés wants to underline the value of the word as an instrument of peace -Sheherazade managed to save her life thanks to it-, and she does so with expressive choreographies, in which feelings such as fear or joy are shown, where violence or the generosity of the human being. And she also does it with cantes full of intention and poetry.

And all this with its usual seal of quality. 'De Sheherazade' is a beautiful show, very beautiful: elegant, meticulously cared for, profound in its simplicity. Sensitively illuminated by Olga García, the trunk of the dance grows wrapped in music full of suggestions. In the midst of this, María Pagés shows an intelligent dance, in which the majesty of her flying arms stands out.

1 Test your musical knowledge before the great Cadena... 2 From Sydney, Virginia or Chile to Valladolid to compete... 3 Galicia faces its worst rental crisis with only 3,000... 4 Celtic secrets in the largest labyrinth in Spain 5 The opening of the CaixaForum in Valencia expects... 6 They arrest 32 people and investigate another 49 for... 7 Five arrested for paying a minor in exchange for sending... 8 They are looking for two men for raping an Irish tourist... 9 Sánchez announces reductions in transport and an... 10 Several NGOs raise the dead to 27 in the attempt to... 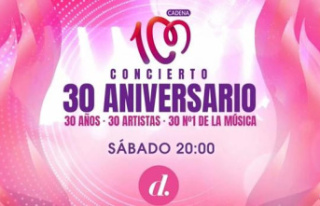 Test your musical knowledge before the great Cadena...