From Sydney, Virginia or Chile to Valladolid to compete in a puzzle tournament

It is the first time that Charles Owen (Virginia, USA) has set foot in Spain, and he has decided that the Millennium Dome in Valladolid is a good place to start. 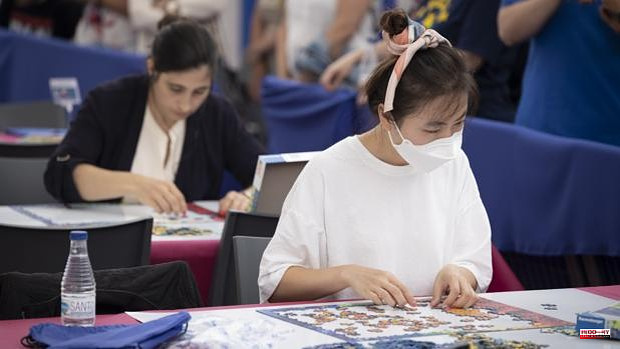 It is the first time that Charles Owen (Virginia, USA) has set foot in Spain, and he has decided that the Millennium Dome in Valladolid is a good place to start. His wife and children are enthusiasts of the world of board games and puzzles. Especially his daughter, Stephanie, who during the 2020 confinement threw herself completely into the hobby, until she found the World Jigsaw Puzzle Federation online, born in 2019 in the capital of Valladolid and that this weekend week celebrates the second edition of its international tournament.

Charles, although he prefers to be called Charlie, decided in January to organize a family vacation around the summer event. He is the only one in his family who doesn't like puzzles, but he is charmed by the atmosphere.

“It is our excuse to visit Madrid, Andorra or Barcelona, ​​without this contest we would not have come,” he says, in statements to ABC.

"I love doing puzzles when I'm alone," says Stephanie minutes before it's her turn to participate. «My best time is one hour and 30 seconds, but I only managed it once. Sometimes I am very fast and sometimes very slow, I hope that today is the day that I break my record again », she adds with a nervous smile. Although it is not the first tournament she has participated in, it is her first face-to-face competition.

The championship, which one must sign up for online, is divided into different categories: individual, couples or groups. In the individual preliminary phase, players must build a puzzle of 500 pieces with a time limit of 90 minutes. In the final they will have to build an unprecedented puzzle of 500 pieces in a maximum period of 90 minutes. In the event that no one finishes before the maximum period, the winner will be the one who has correctly placed the largest number of pieces, only the groups of 3 or more correctly joined pieces will add up.

In the pair mode, they must build a puzzle of 500 pieces with a time limit of 90 minutes. In the final they will have to build an unpublished puzzle of 1,000 pieces (catalog 2023) in a maximum period of 2 hours. While in the team mode, the round will last 3 hours and the participants must build 2 puzzles of 1,000 pieces.

"There are people signed up from up to 70 countries," explains Pablo Suárez, a member of the organization of the World Puzzle Championship that, to date, has a fixed headquarters in Valladolid.

The idea arose through the Spanish puzzle association (AEPUZZ) which, says Suárez, "is a benchmark in terms of organizing championships." "The person who had the idea of ​​starting this championship has contacts with other associations from other countries and agreed to organize a contest that would include all the members of the federation," he says.

All of which leads to the point where we find ourselves today, where a group of seven energetic Aussies watch the participants of the first round draw to a close. "I'm having a blast!" explains Vicky, a middle-aged Australian whose passion for puzzles dates back to her teens, "but she had never even heard of this competition until this year."

“We are part of the Australian Puzzle Association. We found it during Covid and decided to join, that has brought us here. We saw on the internet that this championship existed and we have come to our heads », adds Anika, one of her colleagues. They all wear green t-shirts with their association logo and names printed on the back. They carry the energy and spirit of a good football team.

All those interviewed agree on one thing: confinement increased their passion for puzzles and brain teasers. They were physically locked up, but they could still train and distract their minds, they explain from the Casa Puzzle Foundation; a project that has been with legal personality for two years, driven by the growing hobby that the Covid outbreak caused and supported by the state government. “The project has actually been going on for many years, we want to promote the hobby of puzzles in people of all ages, mainly in Chile”, develops Inma, one of its members.

His tactic in Valladolid, in addition to competing like everyone else, has been to put on an exhibition of puzzles about Chilean culture. "I am here in Europe for the first time and we are presenting the exhibition called 'Chile in puzzles' to show nature and local culture through puzzles," says Ignacio Muñoz, from Puzzleros Chile, who is also specialist in championships of this type of table games.

"We also propose healthy breaks with puzzles at work," adds Inma. «People during work hours could go and put together a little bit to disconnect and it was a very good experience that we did for two years. It's very positive, because the puzzle wakes up your mind in a way that doesn't make you sleepy, it's not like physical exercise », she concludes.

1 Galicia faces its worst rental crisis with only 3,000... 2 Celtic secrets in the largest labyrinth in Spain 3 The opening of the CaixaForum in Valencia expects... 4 They arrest 32 people and investigate another 49 for... 5 Five arrested for paying a minor in exchange for sending... 6 They are looking for two men for raping an Irish tourist... 7 Sánchez announces reductions in transport and an... 8 Several NGOs raise the dead to 27 in the attempt to... 9 Mazón defends a "greater freedom" to "improve... 10 The young man stabbed when defending a minor from... 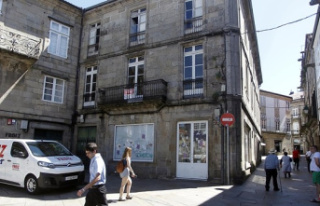 Galicia faces its worst rental crisis with only 3,000...