The general secretary of Junts, Jordi Turull, has affirmed that the Pedro Sánchez government is weak and has asked the ERC to "shake it and not prop it up", as he believes the Republicans are doing. 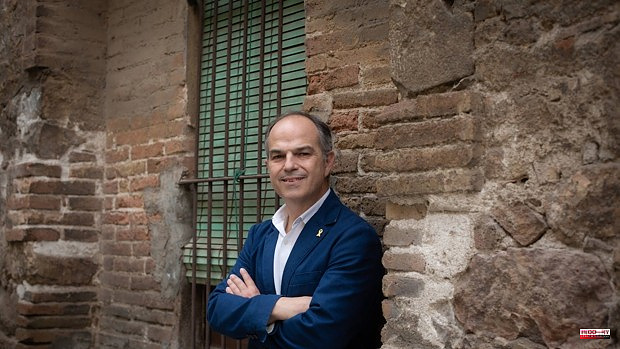 Turull has defended the need to shake the Government "to see if they react" and work to resolve the Catalan conflict, because he has warned that, if the independence movement supports the Sánchez Executive, it will do nothing.

On the other hand, the leader of Junts has argued that, if the Government believes that it may lose support in Congress, "we will see if there is a reaction or not, and if there is no reaction, they have been warned."

He considers that it has already been shown that the PSOE "has no interest in solving the Catalan political conflict" and that the promises made about Catalonia are not being fulfilled, alluding to the execution of investments by the State.

For this reason, he has called on the ERC to make a common front in Congress so that the independence movement has more strength before the Sánchez Executive: “When you have a State Government with such weakness, you can have an effect that is not of sum, but of multiplying even ».

"Although it seems that it is crushing cold iron, we will continue to insist on the need and on the great opportunity that it would represent for all the deputies in Congress to go together on all those capital issues for Catalonia," he argued.

Asked if, in the event that they form this pro-independence common front, they should support the General State Budgets (PGE) for next year, he replied that the Government does not keep the accounts, so he believes that the PGE debate « it is an ode to absolute ingenuity.”

On the dialogue table, Turull has warned that the PSOE poses it "as anesthesia to the independence movement" and has criticized that in the last year there has only been one meeting. “What has happened in a year? The dialogue table, more than fully in force, I would say that it is in the morgue, the only thing that has to be decided is when his death is certified », he has affirmed.

Faced with this situation, he has appealed to the independence movement to be prepared to take action "by the time it is certified that this is not going anywhere."

Likewise, he has questioned the differences between a socialist government and one of the PP: “What will the PP and Vox do to us? Will they spy on us? The PSOE already does it. What is coming out of the patriotic police, the PSOE is profiled. What is the difference? That one makes the most sympathetic face and the others go more face ».

1 Arrested for committing 142 robberies with force in... 2 Five men are tried for sexually abusing two internal... 3 Pol Espargaró withdraws from the Dutch Grand Prix 4 The lordship of María Pagés 5 Test your musical knowledge before the great Cadena... 6 From Sydney, Virginia or Chile to Valladolid to compete... 7 Galicia faces its worst rental crisis with only 3,000... 8 Celtic secrets in the largest labyrinth in Spain 9 The opening of the CaixaForum in Valencia expects... 10 They arrest 32 people and investigate another 49 for... 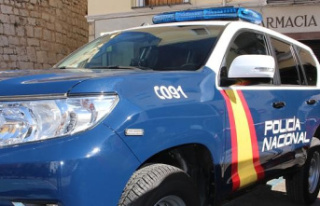 Arrested for committing 142 robberies with force in...