The Spanish MotoGP rider Pol Espargaró (Repsol Honda) will not compete in the Dutch Grand Prix as he does not feel one hundred percent physically due to the discomfort he is suffering from the fall he suffered at the German Sachsenring circuit a few days ago. 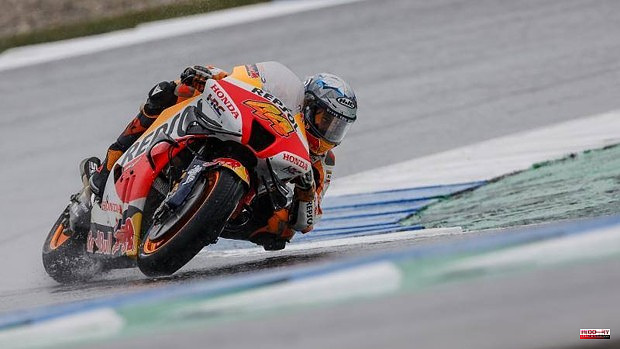 The Spanish MotoGP rider Pol Espargaró (Repsol Honda) will not compete in the Dutch Grand Prix as he does not feel one hundred percent physically due to the discomfort he is suffering from the fall he suffered at the German Sachsenring circuit a few days ago.

Espargaró hoped to feel better for this weekend in Assen and, in fact, that was how he expressed himself after the first practice sessions. “In the morning we were able to do a good job. In the wet it's anything but physically demanding and we were able to ride decently. I didn't feel much pain, so I was able to be fast and finish third », he said in statements provided by his team.

Espargaró explained that, when the track dried up, everything got complicated and the demand made him suffer a lot of pain, which drags on from the free seconds of the German GP.

"In the afternoon I rode well with the wet asphalt, but as soon as it dried, all the nerves and the tension that I have in my ribs and back have started to be a problem", he pointed out.

"I'm in a lot of pain and finally I haven't been able to get a good result. I didn't expect to feel so bad," he added, after finishing eighteenth in the combined.

Thus, he has decided not to continue this weekend and recover from the discomfort, as announced by his team. «Since he suffered his fall in the first free practice of the German GP, ​​Pol Espargaró has done everything possible to recover and be in shape for the eleventh round of the MotoGP World Championship in the Netherlands. After the second free practice sessions yesterday, Friday, Espargaró continued to have intense pain and discomfort in his ribs. Pol feels that he is not capable of competing on a MotoGP bike and together with the Repsol Honda team, they have made the decision not to contest the Dutch GP.” The driver is expected to return one hundred percent for the British Grand Prix right after the holiday break.

1 The lordship of María Pagés 2 Test your musical knowledge before the great Cadena... 3 From Sydney, Virginia or Chile to Valladolid to compete... 4 Galicia faces its worst rental crisis with only 3,000... 5 Celtic secrets in the largest labyrinth in Spain 6 The opening of the CaixaForum in Valencia expects... 7 They arrest 32 people and investigate another 49 for... 8 Five arrested for paying a minor in exchange for sending... 9 They are looking for two men for raping an Irish tourist... 10 Sánchez announces reductions in transport and an... 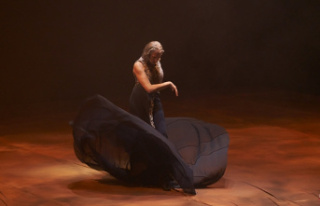 The lordship of María Pagés