The head of the second section of the Provincial Court of Alicante judges this Monday, June 27, five men accused of sexually abusing two minors, in different scenarios and times, during the days that they remained outside the reception center in which they were internal. 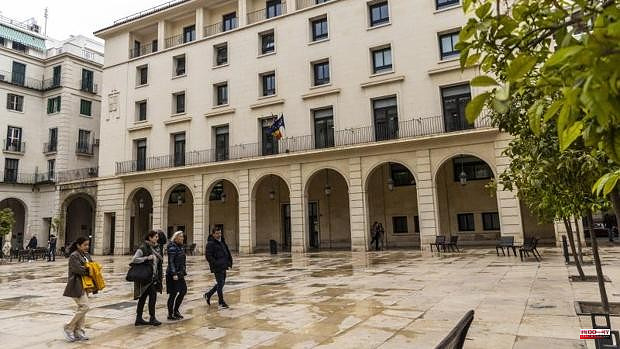 The head of the second section of the Provincial Court of Alicante judges this Monday, June 27, five men accused of sexually abusing two minors, in different scenarios and times, during the days that they remained outside the reception center in which they were internal.

According to the Public Prosecutor's Office, on July 19, 2018, the victims, aged thirteen and sixteen, who had agreed not to return to the center after a permit, were invited by two of the defendants, aged twenty-two, to the swimming pool of an urbanization in the Mil Viviendas area, located in Alicante.

According to the detailed brief of the Superior Court of Justice of the Valencian Community (TSJCV) on this case, During this meeting, one of the defendants had sexual relations with the minor under thirteen years of age, whose age he knew, and the other sexually forced the other victim, despite the minor's refusal.

That same day they contacted another 26-year-old defendant through a social network, with whom they made an appointment at a local. According to the story made by the Prosecutor's Office, after drinking alcohol and using drugs, the man subjected one of the victims to touching, until the other teenager saw him and avoided him.

Two days later, they met two other defendants, who were cousins ​​and eighteen years old, whom they asked for a place to sleep. The defendants offered them to spend the night in an occupied house in the neighborhood of La Florida, in exchange for cleaning it.

The Prosecutor's Office maintains that, once there, the men forced them to have sexual relations despite the minors' refusal. On July 26, the victims were located by the National Police, who returned them to the juvenile center.

The public prosecution requests sentences for the accused that range from 17 months to eight years in prison for four crimes of abuse and one of sexual assault.

This new investigation adds to the complicated judicial context currently experienced by the Generalitat Valenciana and the Ministry of Equality and Inclusive Policies regarding the management of cases of sexual abuse of minors in care in shelters.

The most mediatic of them is the one that affects the already former vice president of the Autonomous Executive Mónica Oltra, who resigned last Tuesday from all her charges when she was charged in the case that investigates the alleged cover-up by her department in relation to sexual abuse to a minor for which her ex-husband was convicted.

Likewise, the Popular Party denounced last January, based on a report from the Síndic de Greuges -equivalent to the Valencian Ombudsman-, the sexual abuse suffered by a total of 175 minors under the guardianship of the Generalitat. Something that led said body to open an investigation, as well as to increase controls and request a single protocol against cases that affect children and adolescents.

1 Pol Espargaró withdraws from the Dutch Grand Prix 2 The lordship of María Pagés 3 Test your musical knowledge before the great Cadena... 4 From Sydney, Virginia or Chile to Valladolid to compete... 5 Galicia faces its worst rental crisis with only 3,000... 6 Celtic secrets in the largest labyrinth in Spain 7 The opening of the CaixaForum in Valencia expects... 8 They arrest 32 people and investigate another 49 for... 9 Five arrested for paying a minor in exchange for sending... 10 They are looking for two men for raping an Irish tourist... 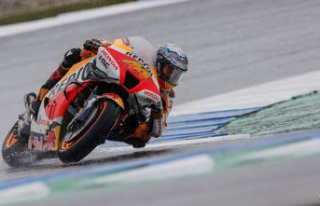