Towards a more sustainable wardrobe

New trend in fashion, and this time for nothing related to color palettes, volumes or textures. 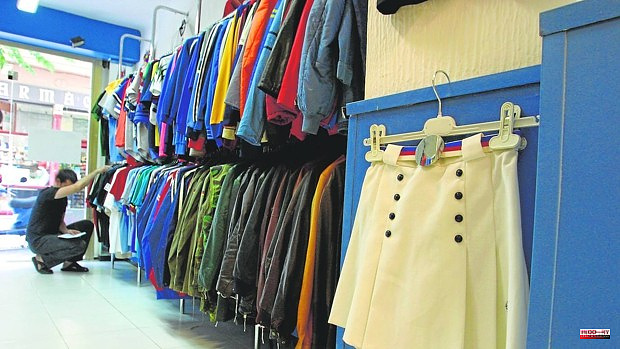 New trend in fashion, and this time for nothing related to color palettes, volumes or textures. The growing awareness of the secondary effects of 'fast fashion' on the environment, with seasonal garments that end up, never better said, out of fashion and in the back of the closet in a matter of months, is leading to the search for forced but necessary solutions between the sector and, increasingly, between administrations.

It is estimated that a European gets rid of about eleven kilos of clothing a year and consumes another 26, according to data from the ReZero sustainability foundation, which adds that the vast majority of textile waste on the continent, around 87% of it, They end up incinerated or in landfills.

Greenpeace, which also has among its combats to fight against the effects of 'fast fashion', assumes that more than half of the fast fashion that is produced is thrown away before the year. Reducing emissions and saving on raw materials and water is possible if this trend is changed.

Second-hand clothing stores have always existed, with a very faithful 'vintage'-loving public, and in recent times, and largely thanks to technology, a boom in the 'online' sale of products has exploded. second-hand, through specialized buying and selling platforms, which are sweeping networks and which, in addition to offering garments at much cheaper prices, are a perfect option for reuse.

The campaigns of some of the brands have also been incorporated to achieve the recycling of garments (in exchange for discounts, for example) or the inclusion of more sustainable practices (with 'eco' materials and also a production of greater proximity), but so far these are punctual. Therefore, something more effective and hopeful are the initiatives that little by little begin to emerge on the part of governments, aware that they have to act to help reduce the effects of one of the most polluting industries on the planet today.

The recently approved Law on Waste and Contaminated Soil for a Circular Economy, which entered into force a little over a month ago in Spain, includes, for example, new obligations in the textile sector, such as the fact that garment recycling is mandatory among products not sold in the store and thus it is prohibited to dispose of surplus by burning or destroying them, as, oddly enough, some companies still do.

The Law also establishes a calendar for the implementation of new separate collections of waste: if until now the service prioritized paper, plastic, glass, new categories will be progressively incorporated. As of 2025, every consistory with more than 5,000 inhabitants will have to guarantee textile recycling, a service that many municipalities now leave in the hands of NGOs, such as the Catalan Ropa Amiga, allowing them to install their containers on public roads.

In Catalonia they want to go further and that some stores are obliged to sell second-hand clothes. This is contemplated by the future Law on the Prevention and Management of Waste and the Efficient Use of Resources, the draft of which was approved just over a month ago by the board of directors of the Waste Agency of Catalonia.

Sources from the Catalan department of Climate Action, Food and Rural Agenda confirm to ABC that the regulation, which will now have to go through a period of public information and allegations, before the Executive Council approves it and goes through parliamentary processing, will contemplate that all establishment of more than 1,200 square meters that sells textile products must have at least one shelf or corner with second-hand clothing. The plan is for it to be in force during the first quarter of 2023.

In addition, the Generalitat plans to anticipate the state regulation and that within a maximum period of one year from the implementation of the regional law, the consistories will already have to include the collection of textiles in their service for the treatment of disposable products with the priority of give them a second life. "The objective is to advance in the prevention and reduction of waste, rather than in recycling itself and hence the importance of introducing new channels of action," sources from the Government tell this newspaper.

Along similar lines, the Catalan government continues to work on the Pact for Circular Fashion, which has recently made progress in setting specific targets for reducing the environmental footprint in this sector. This working group intends, for example, to reduce the generation of textile waste by between five and ten percent in the coming years and achieve the recycling of half of the garments that we have.

1 Jesús García Fernández, mayor of Ugena for 6 years,... 2 Felipe Sicilia, loyal to Adriana Lastra, one of the... 3 Turull (ERC) calls on the ERC to take advantage of... 4 Arrested for committing 142 robberies with force in... 5 Five men are tried for sexually abusing two internal... 6 Pol Espargaró withdraws from the Dutch Grand Prix 7 The lordship of María Pagés 8 Test your musical knowledge before the great Cadena... 9 From Sydney, Virginia or Chile to Valladolid to compete... 10 Galicia faces its worst rental crisis with only 3,000... 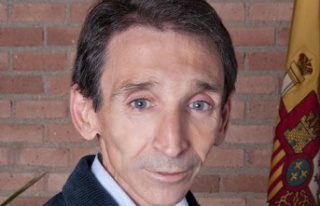