Ukraine puts a Russian soldier on trial and it is the first time in the history of this country that a foreign soldier is tried. 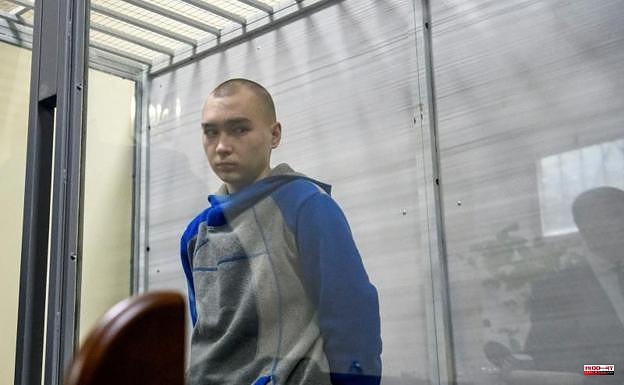 Ukraine puts a Russian soldier on trial and it is the first time in the history of this country that a foreign soldier is tried. A kyiv court began the war crimes trial on Wednesday, the first of thousands of cases investigated by both the Ukrainian justice system and international bodies for this type of crime since the Russian invasion began on February 24.

The defendant is Vadim Shishimarin, a 21-year-old soldier from Irkutsk, Siberia, accused of killing an unarmed civilian in northeastern Ukraine. Some facts for which he has pleaded guilty and, therefore, he faces a sentence of 10 years to life.

According to the indictment, on February 28 this uniformed man, commander of the 4th Kantemirov Panzer Division of the Moscow Region, was leading a unit of the armored division when his convoy was attacked. Later, he and four other members of his team stole a car and spread out in the Sumy region.

As they fled, they passed a 62-year-old man riding a bicycle on the side of a road in the village of Chupakhivka. On the orders of a partner, the accused would have shot and killed the civilian to prevent him from betraying them, according to the letter from the Prosecutor's Office. He then he was taken prisoner.

The trial began last week and the defendant, who claimed to be ready to testify, assumed responsibility for the charges against him on Wednesday. The victim's relatives, who testified, were also in the hearing room.

This is the first case of alleged war crimes to reach the courts of the 11,000 studied by the Ukrainian justice system. Other entities such as the International Criminal Court and the UN Human Rights Council investigate the atrocities carried out in the 85 days that the war in the east celebrates this Thursday. In addition, the US State Department announced the creation of a unit to document these crimes.

1 The PP ends the round of talks with the judicial associations... 2 Ben Chiarot pays for a gesture of frustration 3 Verhaeghe, a late star 4 The wine from Castilla-La Mancha Honest GSM 2019 triumphs... 5 A worker injured after falling into an empty pool... 6 Torrijos celebrates until Monday a full program of... 7 "The end of the weak": KJT big winner 8 The Government removes prostitution from the law of... 9 Marc Márquez: «Now I take the weekends for fun,... 10 Living the dream 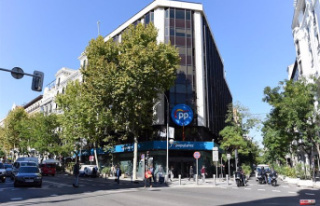 The PP ends the round of talks with the judicial associations...