The law of 'only yes is yes', the legal reform that began to take shape six years ago, when the country took to the streets indignant because some judges said that the savage sexual attack of La Manada in the sanfermines of 2016 was not a rape but an abuse, this Wednesday was about to end up in the trash. 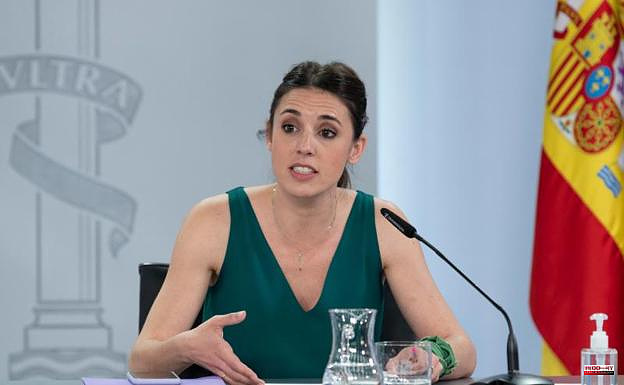 The law of 'only yes is yes', the legal reform that began to take shape six years ago, when the country took to the streets indignant because some judges said that the savage sexual attack of La Manada in the sanfermines of 2016 was not a rape but an abuse, this Wednesday was about to end up in the trash.

The reason, the determination of the PSOE to prohibit right now, using an amendment to this law, prostitution and brothels in Spain. In the end, the blood did not reach the river and the law, which will turn any non-consensual act against sexual freedom into aggression, and which has the support of its essential nucleus of the entire left, the nationalists and Citizens, will be approved in a few days by the full Congress with an absolute majority.

But the day began with a parliamentary earthquake. The nationalists, the usual members of the Government's legislature, and Cs weeks ago warned Pedro Sánchez's party that they were not going to allow the Organic Law of Comprehensive Guarantee of Sexual Freedom to be used as a container to strain a penal reform against the owners of brothels. In the case of ERC, JxCat, CUP and Cs, because they defend the right to work of prostitutes who do it voluntarily, and in the case of PNV and EH Bildu, because they ask for a calm debate and do not accept the matter that kills in foreign law.

For this reason, today, after reiterating the PSOE that it was going ahead with its prohibitionist amendment and seeing that it could go ahead thanks to the votes of the PP, there was a rebellion of the minorities, to which the partners of Unidos Podemos were not alien either, that in the political pulse saw the regulation that against all odds have been promoted from the Ministry of Equality in danger. His fear was justified. The children threatened to vote 'no' on the entire law if the controversial amendment was introduced.

The Socialists only gave their arm to twist a few minutes before 4:00 p.m., when the debate began in the Equality Commission of the Congress that had to approve or reject the opinion of the law of 'only yes is yes', the document of the government project with the modifications introduced by the Lower House via amendments. If the PSOE had not rectified the campaign, the union of the noes of the right with those of the minorities would have knocked down the opinion, preventing it from reaching the plenary session for approval and subsequent submission to the Senate.

But, to save the norm, the socialists not only had to withdraw the prohibitionist amendment but also had to join a last-minute compromise amendment and remove from the ruling of the 'only yes is yes' law the complete package of prostitution that included the text submitted by the Council of Ministers.

It included two measures to more effectively combat the prostitution industry. The first pursued pimping beyond the current limited concept, which only sees crime if violence or coercion is used. With the reform now withdrawn, anyone who profits from the prostitution of a third party, taking advantage of a dependency or subordination relationship, would end up in jail (between 2 and 4 years). The second change, the most transcendental, recovered the crime of locative third party. It meant imprisoning brothel owners or anyone else who, in order to earn money, habitually allocates a place to favor sexual exploitation for 1 to 3 years and allowed the seizure of goods and the closure of the brothel.

The Socialists withdrew their amendment to save the law, but advanced that tomorrow they will present it as a bill in the registry of Congress, for debate and urgent approval as an independent law. They seek the total prohibition of prostitution. Anyone who profits from prostitution will be a pimp and will go to jail, even if the activity is voluntary. If there is neither violence nor coercion, it will be punished from 1 to 3 years in prison. If intimidation is present, it will carry the current sentence of 3 to 6 years in prison. By the same criteria, locative third party would be the mere use of a business or premises to profit from prostitution. There would be a crime without it being necessary to prove exploitation or regardless of whether the woman engages in prostitution voluntarily. It would be considered an aggravated type of pimping, punishable by 2 to 4 years in prison, plus a high fine and the closure of the premises.

Now without the articles related to prostitution, the 'only yes is yes' law, which could even be approved this summer if the Senate hurry, changes the entire chapter on sexual crimes of the Penal Code, since the existence or not of consent on the part of the victim becomes the center of the new regulation. Abuse disappears and any non-consensual act will be sexual assault and any assault with penetration, rape. It will no longer be necessary for violence or intimidation to convict for both categories.

But it's not just limited to sex crimes. It deals with all violence against women for the fact of being. For this reason, it extends the assistance and protection that already exists for victims of gender-based violence to all victims of sexist violence, in addition to creating the crime of street harassment or shielding compensation for mothers who are victims of the vicarious homicidal violence of the parents of their children. 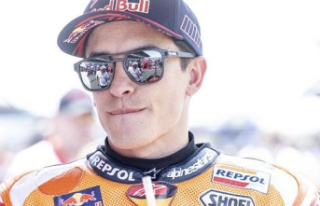 Marc Márquez: «Now I take the weekends for fun,...