Fallin' Ángels at the InterContinental hotel: from the terrace to its private 'boîte'

In addition to the terrace with views of the National Palace of Montjuïc and Poble Sec until the horizon merges with the sea, the InterContinental Barcelona hotel on Rius i Taulet avenue has just opened a private boîte, Fallin' 9, located under the gardens of the last 5 city ​​stars. 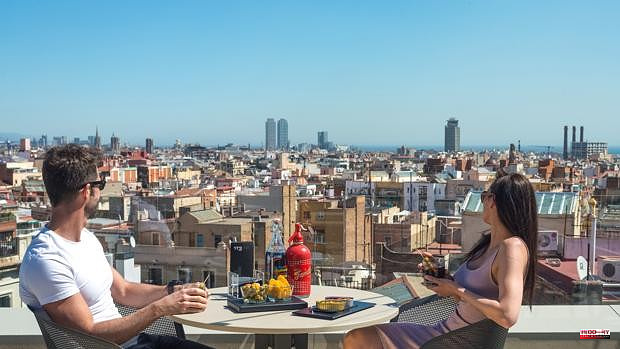 In addition to the terrace with views of the National Palace of Montjuïc and Poble Sec until the horizon merges with the sea, the InterContinental Barcelona hotel on Rius i Taulet avenue has just opened a private boîte, Fallin' 9, located under the gardens of the last 5 city ​​stars. The nightclub is the icing on the cake of the hotel facilities, which can host different events, celebrations, meetings and even congresses simultaneously, given the enormous capacity of its rooms, as well as accommodating tourists, mainly Americans, who visit Barcelona.

The boîte's opening party, Fallin' Angels, was not a remake of the film of the same title (literally fallen angels) by Hong Konger Wong Kar-wai. Fortunately, nothing to do with the darkness of Christopher Doyle's photography, nor the plot of the film with the invitation to enter the realm of seduction and luxury at the InterContinental, from the terrace to the basement.

Guests ascended to the elegant 173 Rooftop terrace, where the hosts served cocktails, and then descended into the more glamorous lust of the new exclusive Fallin' 9 private club.

This is how the InterContinental Barcelona, ​​the new luxury hotel located in the heart of Montjuic, has kicked off the summer season. Like the rest of the establishments in the city, the 173 Rooftop Terrace is offered both for guests and for Barcelonans who want to enjoy one of the best terraces in Barcelona. Highlights include an infinity glass pool and a gastronomic proposal through which to taste the flavor of the Mediterranean, with a casual offer of tapas, burgers and dishes to share.

From the terrace you can see some of the best views of Barcelona, ​​thanks to its 360-degree panoramic view that allows you to contemplate the beauty of the city through its wide 'skyline', made up of the Torre de Collserola and Tibidabo, the cable car Montjuic, the Sagrada Familia, the Agbar Tower, the cathedral, the Plaza España, the National Palace and, of course, the sea.

The terrace opens every day until September from 11 in the morning until 1 in the morning and this summer it has proposals such as Taco Tuesday 173, which will be held every Tuesday from June 28 until the end of September, where to taste the authentic Mexican flavor; or the BBQ Thursdays, which will take place every Thursday from June 30 and also until the end of September. In addition, music will be another of the fundamental pillars of the proposal of this new space, with live performances on Fridays and DJs on Saturdays, to dance during the sunset and until well into the morning, and special parties on the occasion of Sonar or the verbena San Juan.

Recently, the hotel has opened the Quirat restaurant for dinner only, directed by Víctor Torres, the youngest chef in Spain to have a Michelin star, which joins the gastronomic offer of Arrels, which stands out for its 35-euro executive menu. The InterContinental offer for Barcelonans is completed with the Gebre cocktail bar, frost in Catalan, the frozen dew of the night, which with a large bar presides over the first floor of the hotel on Aveneida Rius i Taulet. Also visible from the street is the gigantic bottle rack with translucent glass and polished metal panels. Everything in this establishment exudes the representation of nature and time, and in the case of Gebre, it does so through the essence of the earth in its coldest state. The offer includes cocktail classics, as well as a menu of signature craft cocktails in a luxurious atmosphere and art deco decoration.

1 Minimum agreement between Republicans and Democrats... 2 Legislative in France: technical tie between Macron... 3 Jordan Díaz's stratospheric Spanish record in... 4 Impasse forces lawmakers from Iraq's largest... 5 Spectacular performance in the cathedral of Toledo... 6 The residents of Traspinedo do not forget Esther López... 7 Ferduque presents its Rural Pride awards to young... 8 'La Valiosa': a delicious artisan bakery... 9 These are the cheapest hours of electricity this Monday 10 One year of the Euthanasia Law: four practices, 16... 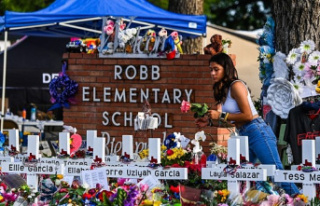 Minimum agreement between Republicans and Democrats...