Minimum agreement between Republicans and Democrats for gun control in the US.

The group of Democratic and Republican senators negotiating legislative changes in access to weapons in the US announced this Sunday a preliminary agreement, with the country still shocked by the latest killings -in a supermarket in Buffalo (New York) and in an elementary school in Uvalde, Texas, and in the midst of a wave of shootings, homicides and suicides. 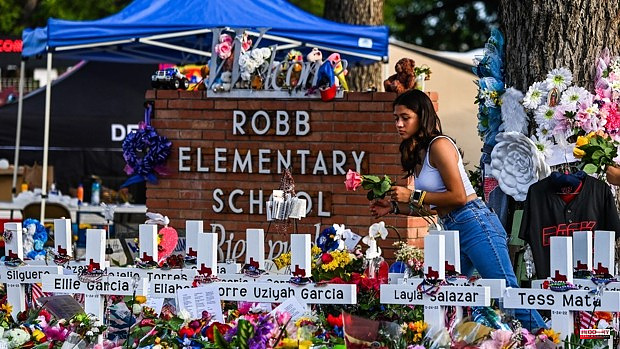 The group of Democratic and Republican senators negotiating legislative changes in access to weapons in the US announced this Sunday a preliminary agreement, with the country still shocked by the latest killings -in a supermarket in Buffalo (New York) and in an elementary school in Uvalde, Texas, and in the midst of a wave of shootings, homicides and suicides.

For those who advocate toughening access to guns as a way to fix this scourge, the deal is at once disappointing, historic, and heartening. Its content is very modest and far from the ambitious changes that US President Joe Biden and many of his Democratic allies have recently advocated. But, at the same time, if it materializes in a text approved in Congress, it would be the first legislative advance in arms control in almost three decades.

And, for some, an open door to future progress.

The agreement, negotiated between ten Republican senators and as many Democrats, includes several points: funds for states to approve "red flag" laws, by which courts can remove their weapons from people who show violent or suicidal behavior; billions of dollars for mental health resources and to improve school safety (the bottom line for Republicans); inclusion of juvenile offenses in criminal record checks for gun buyers under 21; elimination of the legislative gap that allowed access to weapons to those responsible for domestic violence if they were not married; and the first federal law against arms trafficking and interposed purchases.

“Families are afraid, and it is our obligation to come together and achieve something that helps restore their sense of security in their communities,” says the joint statement from the group of senators, led by Democrat Chris Murphy and Republican John Cornyn. "Our plan will save lives while protecting the constitutional rights of law-abiding Americans."

The deal, however, falls far short of any proposal that would bring about significant changes and barely touches on access to weapons. After the Uvalde massacre, Biden called for “common sense” rules: expanding criminal history checks to all gun purchases, not just those that occur in stores; the establishment of 'red flag' laws across the country, at the federal level; Either a ban on military-style assault rifles, which routinely turn up in big kills, or, at the very least, raise the minimum age of sale to 21 (the Uvalde and Buffalo shooters were 18 and 19, respectively). . Several of these proposals have been approved this week in the House of Representatives, where the Democrats have a sufficient majority, but they are unfeasible in the Senate, where they tie seats with the Republicans.

The next battle will be to see how the final text is and if it manages to add enough support. The resulting law will need the support of sixty of the hundred senators. Given that there are 10 Republican senators on the deal, it is likely to go ahead unless strong differences emerge on the final wording.

“It is a good first step to end the persistent inaction against the epidemic of violence with firearms”, reacted Chuck Schumer, the Democratic leader in the Senate, in a position repeated by much of the party. "It's obvious that you don't have everything you need," Biden said in a statement about the deal, "but it does reflect important steps in the right direction."

1 Legislative in France: technical tie between Macron... 2 Jordan Díaz's stratospheric Spanish record in... 3 Impasse forces lawmakers from Iraq's largest... 4 Spectacular performance in the cathedral of Toledo... 5 The residents of Traspinedo do not forget Esther López... 6 Ferduque presents its Rural Pride awards to young... 7 'La Valiosa': a delicious artisan bakery... 8 These are the cheapest hours of electricity this Monday 9 One year of the Euthanasia Law: four practices, 16... 10 Soler, the mordant that the second line needs 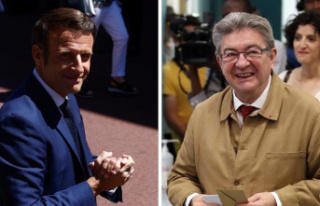