One year of the Euthanasia Law: four practices, 16 petitions and 625 objectors

Almost a year after the application of the controversial National Euthanasia Law in Castilla y León, the balance is that sixteen requests for assistance to die have been made, of which four have been carried out. 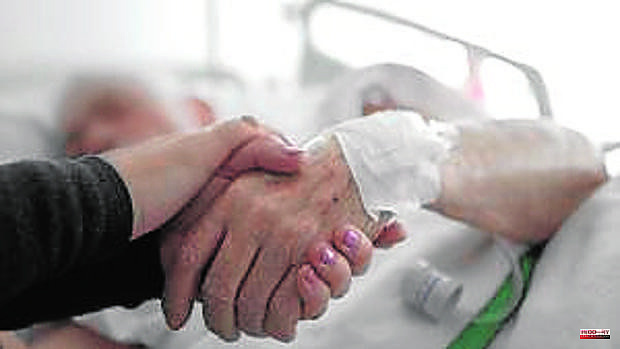 Almost a year after the application of the controversial National Euthanasia Law in Castilla y León, the balance is that sixteen requests for assistance to die have been made, of which four have been carried out. In some cases, the requests did not meet the requirements set out in the regulations to be able to develop; in others, it has not been possible because the plaintiff has died before and there have also been people who have backtracked on his request. In addition, the number of doctors who object to this practice has been increasing over the months. Thus, if in November 2021 they appeared in the registry 238, in this month of June they reached 625.

That is to say, they have increased by 162 percent in the last six months and by 50 percent only since last March, when they were 415.

It was on June 25, 2021 -one day before the entry into force of the state legislation- when Castilla y León gave the green light to the creation of the Commission of Guarantees and Evaluation that regulates the aid to die as a first step to apply the controversial rule of the State, which unleashed protests by some political and social groups. This is the body made up of 15 people, including lawyers and doctors, in charge of ensuring the sanitary procedure, that the applicants are in a position to make the request and to ensure that the conditions set out in the standard are strictly met: "Illness serious, chronic and disabling or serious and incurable disease causing intolerable physical or mental suffering.

A year later, the Commission "has fulfilled its function and has done it correctly", considers its president, the jurist José Ignacio Sobrino, who believes that there has been "understanding", regardless of the fact that there has been "some discrepancy" in the that "some particular vote" has been cast. "Not all cases reach the plenary session," said Sobrino. And it is that once a request has been made, it is the so-called "responsible doctor" who is initially in charge of caring for the patient and analyzing the situation and later a "correcting doctor", unrelated to the previous team, verifies the process.

“Yes, there have been cases of delays due to the fact that the first of the professionals has declared himself an objector,” he relates about some of the processes dealt with so far. If both toilets agree, it is referred to the Commission, which appoints another toilet and a lawyer to determine whether to continue. “If there is a discrepancy between these last two people, the plenary intervenes” because not all cases are clear, explains the president of the Commission, who cites as aspects to improve “comprehensive training” for professionals in terms of “situations” and the “procedures to follow”. "It is also necessary to take into account the issue of palliative care" for those people who, despite suffering, decide to move on.

In an always controversial issue, the feeling in the health community is "normal," says the president of the Health Care Ethics Committee of the León Health Area, Antonio Blanco, who was also president of the regional Bioethics Commission for almost a decade. “At first it was a reason for disagreement, but it has been carried out very normally and there have been no problems. And there is no other because it is a law that must be accepted and a benefit that must be offered in the system. "The administration is applying it well as well as regional development, which has been done on time," he stresses. On a social level, he considers that "the debate has been overcome, although it has been active for years on various issues, such as ideological ones." In fact, he assures that it has been understood that this measure has an "exceptional" character and that is why the requests have not been many in the Community. And it is that there is no option for it to be a "sneak", he defends, because the law is "guarantee and the procedure is highly valued".

But what does happen is that these procedures represent "an overload for professionals, in addition to being a novelty, so there may be problems of approach." Perhaps this is, he said, one of the reasons for the objection of the more than 600 health workers who oppose it, in addition to the moral aspects. All this, despite the fact that "there has been good information" in this regard, but also agrees that more work needs to be done on training in relation to bioethical aspects.

The member of the Guarantees and Evaluation Commission, Eduardo Arrieta, has perceived “a lot of rejection” towards the law and also considers that, in addition to the objection for ethical reasons, which he trusts to be the majority, there is another “preventive” to "not get involved in a process that is complex" and that requires dedication from the moment a request is received, many of them through Family doctors. As a health worker, he explains that throughout this year in the body that evaluates the requests they have "learned" about issues that "were new" for everyone and considers two key issues of the legislation: the autonomy granted to the patient and the process deliberative with the patient, in which the professional accompanies and listens.

1 Soler, the mordant that the second line needs 2 The selection, always on the rise 3 Switzerland does Spain a favor and beats Portugal... 4 Luis Enrique: «What I said about Gavi? He is very... 5 Highlights: Naoya Ioue vs. Nonito Donaire 2 results,... 6 Jermall Charlo and Maciej Suulecki are postponed due... 7 Lloret: "Before running as a candidate, I asked... 8 Boxing Pound for Pound Rankings: Naoya Inoue rises... 9 George Kambosos is still challenging Devin Haney in... 10 After weighing in for Showtime's PPV bout, Gervonta... 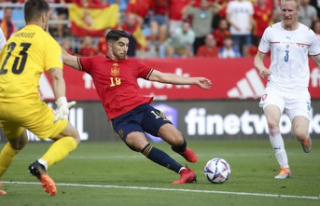 Soler, the mordant that the second line needs