Legislative in France: technical tie between Macron and Mélenchon, with an advantage for the left-wing coalition

According to the first unofficial estimates, the left-wing coalition led by Jean-Luc Mélenchon would have won the first round of the legislative elections and the center-right coalition close to Emmanuel Macron could win the second round, next Sunday. 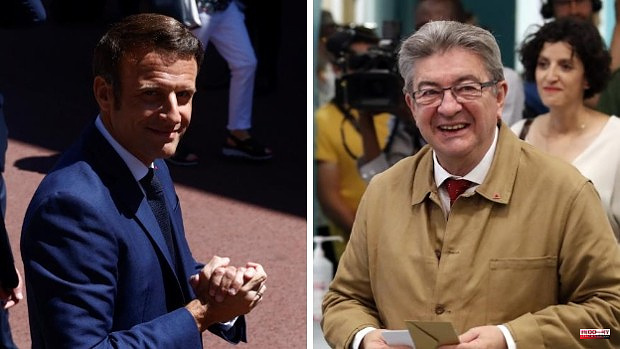 According to the first unofficial estimates, the left-wing coalition led by Jean-Luc Mélenchon would have won the first round of the legislative elections and the center-right coalition close to Emmanuel Macron could win the second round, next Sunday.

These provisional results, to qualify, are an exceptional bombshell in the political history of the Fifth Republic. A radical transformation of traditional political balances.

The historical abstention of 52.80% may still have political consequences of the first importance.

According to the estimates of BFMTV, the first permanent information TV channel, the coalitions of Macron and Mélenchon would have achieved a "technical tie", slightly favorable to the extreme left coalition.

The New Popular, Ecological and Social Union (NUPES), a coalition dominated by La France Insumisa (LFI, populist extreme left), led by Jean-Luc Mélenchon, could have 26.20% of the votes in the first round.

The SP is "eclipsed" and partially "invisible" in NUPES. The new majority left is anti-European and anti-Atlantic Alliance.

Renaissance, Macron's party, and his coalition of presidential majority parties, Together, could have 25.80% of the votes, in the first round. An important and threatening setback for the political forces that support the president.

The "technical tie" or the difference of one or two points between the two majority coalitions could evolve slightly, without prejudging the results of the second and final round, next Sunday the 19th.

Six other small groups of diverse leftists, extreme leftists, independent environmentalists, others oscillate between 1 and 3% of voting intentions, in the first round.

The historical abstention of 52 or 53% runs the risk of aggravating the underlying political tension between the three great families that today dominate the national scene.

Announcing the technical tie or the victory of the left-wing coalition led by Mélenchon, BFMTV announces, at the same time, the final victory of the president's coalition with these estimates, which could evolve during the last week of the campaign.

According to BFMTV, President Macron's coalition could win between 270 and 310 deputies, between a simple majority and an absolute majority (289 deputies). In the second round, NUPES would obtain between 170 and 220 deputies. A spectacular irruption of the anti-European and anti-NATO extreme left in the National Assembly. A spectacular "swerve" for France and Europe.

The extreme right of Marine Le Pen could get between 15 and 30 deputies next Sunday. An important entrance in the National Assembly, but more modest than expected. The traditional right of the Republicans would be reduced to 33 to 53 deputies, aspiring to become a "wild card" of the party and the coalition of Emmanuel Macron.

These provisional results, to qualify, are an exceptional bombshell in the political history of the Fifth Republic. A radical transformation of traditional political balances.

1 Jordan Díaz's stratospheric Spanish record in... 2 Impasse forces lawmakers from Iraq's largest... 3 Spectacular performance in the cathedral of Toledo... 4 The residents of Traspinedo do not forget Esther López... 5 Ferduque presents its Rural Pride awards to young... 6 'La Valiosa': a delicious artisan bakery... 7 These are the cheapest hours of electricity this Monday 8 One year of the Euthanasia Law: four practices, 16... 9 Soler, the mordant that the second line needs 10 The selection, always on the rise 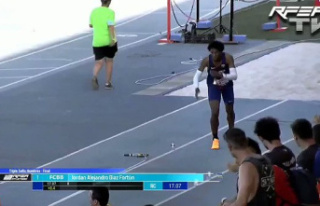