[LIVE] 82nd day of war in Ukraine: here are all the latest developments

Ukraine is preparing for an intensification of Russian attacks in the Donbass, in the east of the country, a priority objective for Moscow but where its forces are losing momentum, while the Ukrainian army continues its counter-offensive in the region from Kharkov. 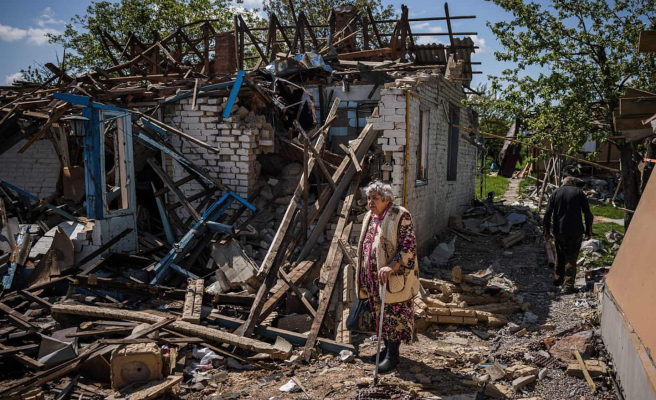 Ukraine is preparing for an intensification of Russian attacks in the Donbass, in the east of the country, a priority objective for Moscow but where its forces are losing momentum, while the Ukrainian army continues its counter-offensive in the region from Kharkov.

The American fast food giant McDonald's, which closed its stores in Russia in early March, announced on Monday that it was withdrawing from the country and selling all its activities in reaction to the Russian invasion of Ukraine.

The Kremlin said on Monday that Sweden and Finland joining NATO, in response to the Russian offensive in Ukraine, would not strengthen security on the European continent.

READ | Ukrainian refugees: it allows the reception of 10 families

A woman from the South Shore of Montreal and her entourage voluntarily coordinated the arrival of 10 families of Ukrainian refugees, making sure to find them a place to stay, a means of transportation... and even a job for some.

READ | Ukrainian refugees: from Dnipro to Rouyn-Noranda, via Poland, in wheelchairs

5:15 am | Ukrainian forces regain control of the border in the Kharkiv region

Ukrainian forces have repelled Russian troops and regained control of part of the border with Russia in the northeastern Kharkiv region, Ukrainian authorities announced on Monday.

4h45 | Renault's Russian factories pass into the hands of Moscow

4h38 | NATO: the Finnish and Swedish Parliaments examine the candidatures

READ | The age of international politics

"Have you noticed how international news is increasingly at the center of our attention?" The chronicle of Loïc Tassé.

Putin invaded Ukraine to avoid having a close NATO neighbor. Result: two other of its “neutral” neighbours, Finland and Sweden, announce that they are joining the Western military alliance.

1 Sports promotion and economic bleeding: the double... 2 PSG: Valérie Pécresse demands sanctions against... 3 Ireland says the EU is open to dialogue but warns... 4 The Ibex 35 turns around and rises 0.18% in the middle... 5 Eset warns of identity theft by Bankia and Sabadell... 6 Unicaja Banco performs this weekend the technological... 7 Vodafone rises 2.24% on the stock market after the... 8 Greenhouse gases: the hydrocarbon giants still far... 9 End of the mask in transport, imminent redesign, Vairelles... 10 Montero, on the return of the emeritus: "The... 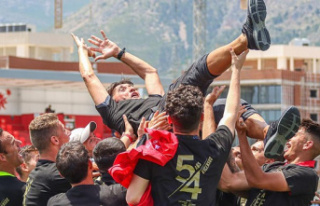