The Valencia Metro is modifying the nomenclature of some of the stations and stops on its network, taking advantage of the signaling changes - timetable signs or zone maps - that are being carried out, progressively, due to the inauguration on May 17 of the new Line 10. 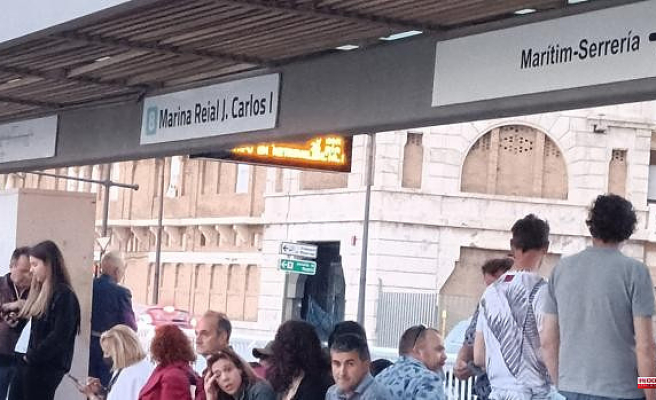 The Valencia Metro is modifying the nomenclature of some of the stations and stops on its network, taking advantage of the signaling changes - timetable signs or zone maps - that are being carried out, progressively, due to the inauguration on May 17 of the new Line 10.

The objective, according to Ferrocarrils de la Generalitat, is to simplify them, improve their identification and adapt to urban changes in the city of Valencia and the metropolitan area.

The proposed changes, the result of a study commissioned to the University of Valencia and that "advances in the linguistic normalization" of the nomenclatures of stations and stops, affect a total of 23 installations, 9 of them metro, 13 tram and 1 an intermodal enclosure.

In the metro, on Line 1, Villanueva de Castellón will be renamed Castelló to reflect the new nomenclature of the town approved by the Consell Plenary and included in the Official State Gazette. On Line 2, Torre del Virrei will become Gallipont-Torre del Virrei; Benaguasil 1st will become Benaguasil Fund; and Benaguasil 2, the station closest to the urban center of the municipality, will do the same with Benaguasil, thus improving station identification.

And the ninth and last change in the metro lines will take place in the station that is currently called Amistat-Casa de la Salud, which will return to its original name of Amistat, once the sponsorship contract for the health center has ended.

On the tram, Grau Canyamelar will be replaced by Grau La Marina; Mediterrani by Canyamelar; Royal Navy John Charles I by Neptune; La Marina by Cabanyal; Les Arenes by Les Arenes Beach; Eugènia Vinyes by Malva-rosa Beach; Serrería por Beteró; Primate Reig for Trinity; Estadio del Llevant by Estadio Ciutat de València; TVV for À Punt; and Santa Gemma-Parc Científic UV by Parc Científic which will get a better identification of the stops, will give more relevance to the neighborhoods, highlighting in this sense the name changes that will occur in El Cabañal and along the facade and, in addition, the nomenclatures will be adapted to the different urban changes of the city.

A separate case is that of the new nomenclatures of Tarongers-Ernest Lluch and Facultats-Manuel Broseta to the stops that were once called simply Tarongers and Facultats, respectively, to which the name and surname of the two illustrious Valencian university professors have been added. assassinated by ETA.

Finally, the Marítim-Serrería station, which contains one word in Valencian and another in Spanish in its nomenclature and which houses both Metro Lines 5 and 7 and tram Lines 6 and 8 in an intermodal facility, will become be called Maritime.

1 Toledo receives this weekend with 40 degrees the first... 2 [LIVE] 82nd day of war in Ukraine: here are all the... 3 Sports promotion and economic bleeding: the double... 4 PSG: Valérie Pécresse demands sanctions against... 5 Ireland says the EU is open to dialogue but warns... 6 The Ibex 35 turns around and rises 0.18% in the middle... 7 Eset warns of identity theft by Bankia and Sabadell... 8 Unicaja Banco performs this weekend the technological... 9 Vodafone rises 2.24% on the stock market after the... 10 Greenhouse gases: the hydrocarbon giants still far... Toledo receives this weekend with 40 degrees the first...