The long process of self-reflection of Ciudadanos (Cs) is coming to an end. 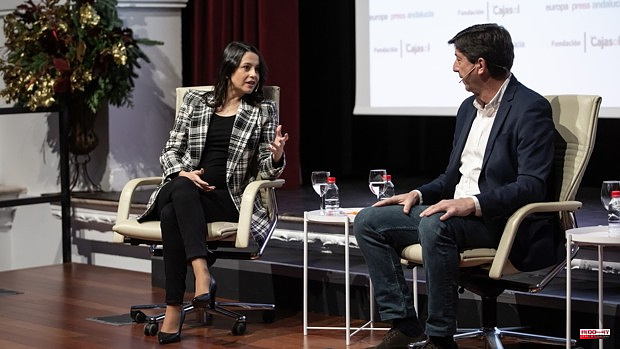 The long process of self-reflection of Ciudadanos (Cs) is coming to an end. The party of Inés Arrimadas begins to land a "resistance plan" that will mean the leap from theory to practice. From what has happened to us to what we will do to (try to) remedy it. That is the attitude with which the Liberals face the difficult task of recomposing a political space that has never been neat in Spain, but which they consider fundamental. Finally, this time with a defined calendar, Cs will develop concrete actions.

The Catalan elections of February 14, 2021, Cs sources admit, were a 'shock' that made them come face to face with the harsh reality: 10-N was not an isolated accident; there was –and there is– a «disconnection» with the voter.

For this reason, Cs promoted the national convention held last summer, from which proposals were collected from the militancy to start working on a plan that is already prepared and that now, with the return of Arrimadas after her maternity leave, «very plugged in », has begun to be implemented to its full extent.

In the Cs roadmap, between now and the end of the legislature, there are three key dates: the next Andalusian elections, where at least they want to obtain representation in Parliament for "the survival of space"; the municipal ones of 2023, marked in red by the direction of the liberals; and the general ones, to those who aspire to arrive with the worst of the storm behind.

In the search for solutions, this time, Arrimadas will not shut himself away in a small sanhedrin with his trusted people, but will involve the entire party. Proof of this is the conclave that was held at the end of April in a restaurant on the outskirts of Madrid. It was not a mere meeting of the Permanent Committee, but a full-fledged summit, which lasted almost eight hours, and in which the Executive Committee, the three regional coordinators who are not from the management participated - Extremadura, La Rioja and the Region of Murcia–, the former Vice President of Castilla y León Francisco Igea and the MEP Adrián Vázquez. Luis Garicano, Albert Rivera's former economic guru, missed the appointment because he had just returned from kyiv, but his team was aware of all the conversations.

Who did participate was the leader of the German Liberals Foundation for Southern Europe (FNF), David Hennenberg. His intervention, much applauded, showed how the German FDP disappeared from the Bundestag, remade itself and is now governing in coalition with Social Democrats and Greens.

This is one of the legs of Cs to stay afloat: lean on its European partners, observe them and learn from their experience. So far this legislature they have held more than twenty meetings with them to study the projects of Emmanuel Macron, the Dutch D66 or the Swedish The Moderates, among many others. The example of Portuguese liberalism, which in a year has gone from being at one percent of the vote, to exceeding four in the elections and now being close to eight in the polls, also appears in the notes of Cs.

Contact with Stéphane Séjourné, leader of the European liberals and Macron's right-hand man, is fluid. One of the ideas that Cs will apply is born from it; some citizen consultations «a la Macron» with which they intend to promote municipalism. On the horizon, facing 2023, Cs quantifies the objective of resisting in decisive positions in ten, fifteen or twenty municipalities with more than 50,000 inhabitants where they manage to be key, form part of governments and even lead them with good negotiations with various gangs. From there, Cs wants to rebuild his project for the generals.

The diagnosis of Cs, so often analyzed, was harshly dissected days before the Madrid summit, on Easter Monday, in a telematic meeting of the Executive Committee. There the discontent with them was divided into three subtypes: their voters who after 28-A wanted a pact with the PSOE and have been unable to forgive them, but now they are political orphans; those who felt betrayed by Rivera's turn in September 2019 – when he proposed an abstention to Pedro Sánchez with conditions – and now take refuge in the PP or in Vox; and those who simply do not consider voting for Cs because they see him as "dead."

Fighting the perception of "redemption" and reconnecting with the street are the first two steps that Cs wants to take on his way to defend his political space. "Now, the main thing is to resist, to be able to be in all the Parliaments where elections are held and in Congress, and, from there, to grow again," summarizes an important leader, in conversation with ABC. In Andalusia, for now, achieving representation in Seville, Malaga and Cadiz would be a success that, if the PP approaches the absolute majority, could even make them, they trust, repeat government.

1 Vox believes that the case of the padrón drives them... 2 BSR Puertollano and Caserío Ciudad Real move up in... 3 Interior has better technology than Pegasus to intercept... 4 Football / Playoffs L1-L2. ASSE: Invasion of the field,... 5 4-1: Atlético Tomelloso imitates Real Madrid and... 6 Marlaska, the new objective to beat for United We... 7 Policy. Marie BarbeyChpuis, the new mayor of Geneva... 8 Bouches-du-Rhone. Traffic crime: The gendarmes apply... 9 Ukraine: War. Live: Russians near Soledar, Severodonetsk... 10 Saint-Agnan-en-Vercors. Drome: A young woman who was... 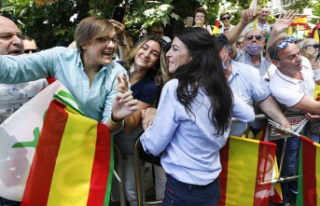 Vox believes that the case of the padrón drives them...