These images are becoming more common in France. 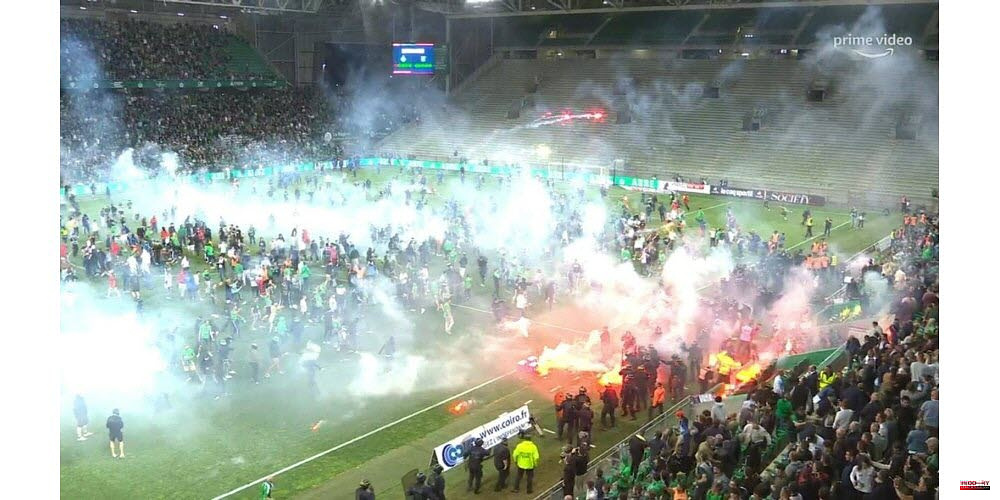 These images are becoming more common in France. Hundreds of fans poured into the pitch after the loss by ASSE against Auxerre in the penalty shootout, relegating Greens to Ligue 2.

To protest the Saint-Etienne leaders, many smoke bombs were thrown at the presidential platform. The CRS used tear gas to disperse crowds after they blocked the entry to the changing rooms.

The stewards are the front-line workers. "We get paid 13 euros an hour. One of us might be eligible for a bonus. He squints, his eyes turning red. Even though we shouldn't put everyone in the same basket, these fans have it. The public displayed exemplary behavior throughout the match. He was relentless in his efforts. ASSE faces the challenge of rebuilding a team that is worthy of all these supporters. Some have turned to violence because of the specter that is Ligue 2. Scenes of chaos.

"I was scared because I used tear gas canisters and players also. We counted everyone in the locker room... It is only with us. There has been violence in our stadiums for many years without any way to stop it. Many people turn their stadium into a prison. Jean-Marc Furlan said after the meeting, "It's a bit disappointing."

As smoke engulfed the mixed zone, security personnel ran in all directions trying to avoid the worst. A press release signed by Roland Romeyer and Bernard Caiazzo arrived from the club. This was a symbol of the disconnect between the presidents and the reality on the ground. According to this press release, "the financial situation will permit him to assume the next Ligue 2 year... We will soon announce some important information about the club's future and ours.

We will not go into detail about the reactions. Pascal Dupraz will not speak. All in all, class. The Saint-Etienne supporters stood behind for several minutes, before moving on to the Geoffroy Guichard stadium. 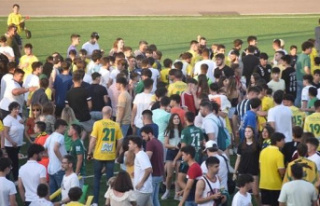