Interior has better technology than Pegasus to intercept communications

Years ago, a source from the Spanish intelligence service told ABC: "If citizens knew what we can do with any mobile, no matter how sophisticated it may seem, they would throw it away". 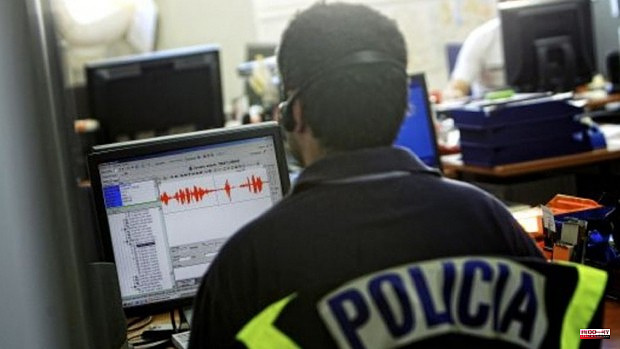 Years ago, a source from the Spanish intelligence service told ABC: "If citizens knew what we can do with any mobile, no matter how sophisticated it may seem, they would throw it away"... The reflection is relevant in a few moments in which Paz Esteban, the former director of the National Intelligence Center (CNI), has lost her job because of the espionage carried out through mobile terminals: the one carried out on the leaders of secessionism and the one suffered by the Prime Minister , Pedro Sánchez, and the Ministers of Defence, Margarita Robles, and of the Interior, Fernando Grande-Marlaska.

In any case, between the use of this type of tools by the intelligence service and the State Security Forces –therefore, Mossos d'Esquadra and Ertzaintza as well– there is a coincidence; both have to request judicial authorization to do so, but there is a substantial difference: the former transfer the results of this intervention of communications to the Government, while the latter report them to the judicial authority that has authorized the wiretapping, so that they can be used as evidence in criminal proceedings.

Taking advantage of the controversy opened by the Pegasus case, nationalists and populists, all of them partners to a greater or lesser extent with the Government, have cast doubts not only on the legality of the actions of the intelligence services, never proven, but also on the interventions of communications made by the Police and the Civil Guard, who work under the orders of the Ministry of the Interior. Of course, they have not cast the same suspicions on the Mossos d'Equadra and the Ertzaintza, which naturally also use this investigation technique under the same conditions as the first two police forces mentioned. The only difference between them is the type of technology that each one has.

At this point, according to State security sources consulted by ABC, there is a finding: the Police and the Civil Guard are at the forefront of communications intervention systems, the Mossos have just acquired state-of-the-art technology that places them practically at the same level and the Ertzaintza is, for now, one step behind all of them. "However, the situation is changing, because new technological solutions come onto the market every day and it is essential to make the necessary investments so as not to become outdated."

"In order to be effective, it is absolutely necessary to evolve at the same rate as communications technologies," add the same sources, who specify that "for this, the corresponding purchases of the technological solutions provided by the market are made." "By the way," these media add, "those purchases are public."

Contrary to what might be supposed, at the moment the technology available to the Ministry of the Interior in this matter is one step ahead of the famous Pegasus, which is already a few years old. These communications intervention systems have the capacity, like the one already mentioned, to activate the voice systems and the camera of the intervened devices. However, at least until now they are not activated to do this type of operations, so they are not used for those missions. A different matter is that one day a judge, in a specific matter that he considers especially serious, may request that this capacity be activated in a timely manner. But at least for now neither the Police nor the Civil Guard use these functions of the tool.

"Pegasus was a breakthrough at the time, but it's already outdated. At first it needed a click from the user to be activated – to open an email, for example – but later it was achieved that it was not even necessary for the affected person to do anything.

In any case, the key word in a matter as delicate as this is legality; that is to say, that the intervention is adjusted to the law, that it is ordered by the corresponding judicial authority and that neither the Police nor the Civil Guard have the possibility of using this technology in a spurious way, without accounting for their action and without leaving a trace. her.

At this point there is a key system: Sitel, so reviled in its day –there were politicians who claimed that it was implemented to be able to spy on the adversary with absolute impunity– and that has been revealed as the best guarantee that there is no room for irregularities. In addition, it has another advantage: it is not 'hackable', or at least nobody has been able to do it so far.

State security sources consulted by ABC explain that Sitel is a large container of technological solutions, a "closet containing the different programs used in communications intervention." The advantage is that for it to be used, a code is needed that the judge in charge of the matter has to give, with which not only who has given the order is recorded, but it also refers to the specific judicial resolution, in which the motivation and the duration of the intervention.

There is another element that gives guarantees: the information obtained cannot be divided, which is transferred in its entirety to the judge and it is the judge who decides what is kept and what is destroyed depending on whether or not it is relevant to the investigation. “It is true that there are technological solutions on the market that allow communications to be intercepted outside of Sitel, but they are not capable of recording them. Obviously there are actors who use them outside the law, but it is already a criminal activity.

The most worrying of all, the sources explain, is that the open debate conveys to the citizen the feeling that in Spain the CNI or the Security Forces can arbitrarily spy on them, which is not true. 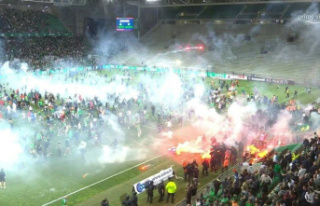