Atlético Tomelloso will play next season in the Third RFEF thanks to a comeback that the 1,300 fans present at the 'Paco Gálvez' will remember for life. 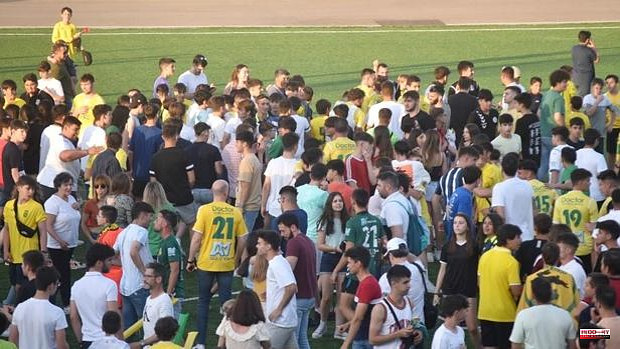 Atlético Tomelloso will play next season in the Third RFEF thanks to a comeback that the 1,300 fans present at the 'Paco Gálvez' will remember for life. The hosts beat CD Cazalegas 4-1, just what they needed to move up after losing 2-0 a week ago.

The game soon turned to Atlético Tomelloso, who scored the first in a shot by Morales at the far post after a corner kick. However, CD Cazalegas equalized after half an hour in a very quick play that Borja Escoredo finished with a cross shot. Shortly after, the visitors were reduced to ten players when Talyson was sent off for elbowing Gallego.

At the break, Atlético Tomelloso needed three goals to be promoted. I mean, a miracle.

Precisely, Gallego scored 2-1 at the time of the match by masterfully defining. Even so, the minutes passed and two goals were still needed: the third and the fourth. And then, as if imbued by the spirit of Real Madrid and those magical comebacks that it has crowned with the Champions League, the two arrived in a row. In the 88th minute, Morales volleyed a left-footed ball into the net that he touched off the crossbar. And in minute 90, Sergio Madrid received from behind, turned and put it in the corner. Atlético Tomelloso's dream was real. 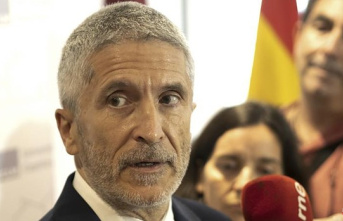 Marlaska, the new objective to beat for United We...